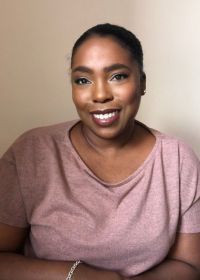 Natalie Bailey is Chair of BACP

For almost two weeks, I’ve been musing on the killing of George Floyd. The significance of the effect his death is having on society at this moment goes beyond the history of police brutality in the USA. This murder of an unarmed Black man is symbolic of the systemic oppression Black people have endured worldwide.

The spilling of anger and unrest after what has been centuries of woe for Black people marks a sea change, and whilst I ponder on how best to respond as Chair of a professional and membership body, I am honouring how I am responding physiologically and emotionally as a Black woman and a mother to young Black men, because it is only now that I can begin to hope and believe that the message has finally hit home.

I recall one event about 15 years ago, I visited a primary school to choose my child’s first school placement. I’d never been back to a primary school setting since leaving as a 10 year old. The sights and sounds of kids playing, laughing, and screaming in the playground, mixed with the familiar smell of break-time milk, and school dinners permeating through the building stirred my dormant memories. It felt exciting to be in that environment again. As I reminisced, the excitement faded and reality dawned as I recognised my infant school experience was not pleasant at all.

These early memories of being disliked because of my difference are similar to what many Black children of immigrant parents from my generation would have suffered during the politically incorrect 1970s. My grandparents had come to the UK in the late 1950s, as part of what we now call the Windrush Generation, and my parents’ generation experienced such hate and discrimination that whenever I think about this, it brings a lump to my throat.

The Headteacher ushered me around the school and as we approached the Music Room, I became transfixed when I heard the Year 1 children singing Bob Marley’s ‘Three Little Birds’. I was surprised when tears sprung from my eyes at the sound of their voices to the chorus, ”Don’t wo-rry about a th-in-g … because every-little-thing … is gonna be alright!”.

It is ironic that we readily hail ‘One Love!’, that we adore Bob Marley today, and that the music of a Rastafarian from the remote hills in the parish of St. Ann, Jamaica - the country of my heritage should be ringing through a school building in London. I find it remarkable when I consider the history of how Rastas were once hated and looked down upon by many, yet some forty years after his death, Bob’s song of peace and hope is being sung by primary school children from all Races.

My children grew older and the time had come for us to have ‘that’ necessary conversation, which I know many Black mothers will recognise. I had to tell my sons they could no longer run through the shops and supermarkets, touching the toys and things on the shelves. I had noticed a few instances previously where the security would follow both of them around the shops whenever I wasn’t in view.

I explained to my boys that since they were getting bigger, they were now at a stage where they could be suspected of stealing. “But mummy we’re not stealing!”. I will never forget the pain I felt, and the look in my sons’ eyes as I broke their childhood spirit. The guilt and anger that arose in me because I knew then, no matter how I try, I could not protect them from the cruelty and pain this cycle of prejudice brings. The thought that they will never be treated equal in this world, rocks me to this day.

When I heard of yet another Black person being murdered in the cold light of day, instead of rushing to follow the detail, my first response was “Here we are again!”. And even though I felt the pain way down deep in my abdomen, I blocked all the news stories coming through and the barrage of messages my friends were sending to my phone as the story unfolded. As a way of self-preservation, you have to learn to manage your fury, that is my narrative.

“How long shall they kill our prophets while we stand aside a look?” are the poignant lyrics from Bob Marley’s ‘Redemption Song’, I’ve been listening to a lot more of his music lately. My sleeping pattern is disturbed and I struggle to maintain my focus and get any work done. I go for long walks and surround myself in nature to help soothe and bring some stability to my system.

To my therapist colleagues and friends, whatever your Race, I would say to take your time in acknowledging what it is that George Floyd’s death brings up for you. I suspect you will have to manage your own disruption as well as those of your clients. It might force you to think about your own life, in ways you probably won’t expect, but I encourage you to sit with the discomfort, shock, bewilderment, or shame. I’m still working through my emotions.

I envisage we will need to talk about how we support each other through this momentous period which affects our profession, whether it be us as practitioners or our clients, and I’m certain we will see and hear of many more instances that are inherently wrong before they are made right, while we course through the different stages to come.

As we emerge from the Covid19 pandemic, we recognise that our lives will not be the same. George Floyd’s death and the manner in which he was brutally murdered at the hands of those who are supposed to be there to ‘serve and protect’, represents the ultimate sacrifice to me. My promise to him, and to all those who have walked before us, is that we will take it from here.