Whereas our ancient ancestors coped with floods and famine, stampedes and storms, contemporary societies have to also manage car, train and plane crashes and chemical disasters of various kinds. However, for the purpose of this article, I am mainly giving focus to the more personal trauma of children and young people that can arise from abuse in its many forms: continuous beatings, rape, torture, sexual abuse, bullying, neglect and cruelty. The abuse may be inflicted by individuals within the family or by institutions including schools and care homes.

Responses to trauma are usually freeze, flight or fight. Either the person is frozen to the spot and unable to move, or they run away, or they fight back. These three responses may happen to a single traumatic event or may build up over time and be the individual’s way of coping with the recurring fear. The responses are activated by the amygdala, part of the limbic system and situated in the midbrain. The amygdala immediately communicates to us what is dangerous or to be avoided.

However, many people have recurring freeze, flight, fight responses way after the traumatic event has passed: they are reminded by a particular smell or sound, an intrusive memory or nightmare, and their stress symptoms are reactivated.

The overwhelming feeling is one of fear, together with possible sweating, tearfulness, irritability, wakefulness and increased heartbeat (palpitations). There may also be feelings of shame, guilt, worthlessness and dissociation. Fear is at the root of a traumatic response, and the work of Erikson’s eight stages1 is useful to consider. He says that basic trust or mistrust is developed between birth and 18 months.

The emphasis in NDP is on play and its essential contribution to the health of children.3,4,5 Neuro-Dramatic-Play is the earliest embodied experience in infants, starting from six months before birth and continuing until six months after birth. It is characterised by ‘sensory, rhythmic and dramatic play’ and influences the growth of healthy attachments.6 There is the greatest impact on the brain-body connection during these early months. Children and teenagers experiencing trauma can be helped by returning to these types of playing in order to receive nurture through the play and the drama. I will detail these a little more.

Sensory play is important, as many individuals will have had their senses distorted through their abusive experiences, and messy play (finger paints, sand and water, sticky dough) helps individuals to express the mess and chaos of their feelings and eventually to create some order. Other sensory experiences are important, such as a range of fabrics with different textures, or a variety of essential oils. And, of course, hand cream.

Rhythmic play through drumming, singing, clapping and dancing allows individuals to rediscover their rhythm of life. Many individuals who are suffering from post-traumatic stress disorder (PTSD) need to rediscover their inner rhythm, which is often displaced in trauma. Even breathing rhythm becomes panic breathing, but breathing in and out to a gentle drumbeat can help the individual feel a greater calm.

Dramatic play through interactive stories, monster play and masks can help children and teenagers make sense of their experiences. Monster-play7 helps the individual to overcome their feelings of helplessness, which can be a feature of trauma. The ‘monster’ has destructive qualities of causing shame, blame and guilt, as well as night fears and nightmares. Becoming the monster is the first step to reducing its power!

The child develops security and trust1 through the early physical attachment of NDP, which then flows into a relaxed, attuned relationship. Through these embodied experiences, the infant is establishing interactive communication through touch and sound, and rhythmic and ritualistic repetition.

These body-focused activities are essential for the development of the ‘body-self’: we cannot have a body image until we have a body-self.8 The child or teenager needs to be able to ‘live’ in his or her body, which grows from being a secure part of the mother’s body. The progression is from being inside the mother, to being closely attached to the mother, to gradually becoming independent, with the opportunity to resume physical contact when desired or  when fearful. This will establish the infant’s security to try and walk and to feel confident about moving in space. This progression can also be described as the three circles of attachment: the circle within the womb; the circle in the mother’s arms; and the symbolic circle when the mother ‘holds’ the infant in her consciousness and is attuned to changes in moods and needs. These circles are circles of security and are crucial for safety and containment when there is a traumatic experience.

EPR is a developmental paradigm that uniquely follows the progression of dramatic play from birth to seven years.8,9 Based on extended observations with babies, young children and pregnant women, it provides a developmental sequencing alongside other developmental processes such as the physical, cognitive, emotional and social. (NDP is a detailed aspect of early Embodiment.)

Embodiment 0–13 months, when everything is experienced through the body and the senses.

Projection 13 months–3 years, when toys and art media beyond the body are explored.

Role 3–7 years, when roles and stories are developed in dramatic form, verbally and non-verbally.

It is important that children have the opportunity to play ‘distanced’ roles ie those that are in stories and plays. The child is likely to come nearer to their own experience than if they enact their specific, immediate situation. This is the paradox of drama: ‘that I come closer by being more distanced’.8 This also is the hardest thing for therapeutic workers to handle, because we all want to know ‘what is going on’. We have invented interpretation in order to explain things and probably reduce our own anxiety. At another level, we ‘know’ what is going on and certainly the children know. Maybe we have to learn to bear ‘not knowing’, ‘to stay with the chaos and allow the meaning to emerge’.10

In order to play out ‘distanced’ roles:

NDP and EPR chart the ‘dramatic development’ of children, which is the basis of the child being able to enter the world of imagination and symbol, the world of ritualistic and dramatic play and drama. These are all resources that can be drawn upon when addressing trauma.

The primacy of the body in dealing with trauma

Most of our early physical and bodily experience comes through our proximity to others: usually our mothers or carers. We are cradled and rocked as we co-operate with rhythmic rocking and singing. Babies respond and mothers respond again, as there is a collaborative approach to physical expression. Already the movement takes on some ritual/risk qualities: on the one hand, we have ritualised rocking movement and on the other, bounce up and down with glee. Ritual and risk are the dual components of early physical play, where infants feel safely held and contained on the one hand, but contrastingly enjoy the thrill of the ‘danger’.8

The body is the primary means of learning11 and all other learning is secondary to that first learned through the body. Therefore children with body trauma need extended physical play in order to rebuild a healthy and confident body.

A child’s embodiment development can be distorted through the following:12

Many counsellors and therapists find it difficult to consider using embodiment in their work with the ever-present fear of being misunderstood and possible litigation. There are several solutions, such as making sure that physical contact is through a blanket or fabric. There can also be difficulties when the causes of the trauma can be too much for the counsellor to bear. Working in groups and doing group movement is very good for social development. But obviously, parents need to know that touch is involved in creative workshops.

Young people who have experienced trauma need to feel safe. Their trust has been destroyed and they are fearful, which may be expressed through anger or fights. Younger children respond well to the possibilities of building a ‘den’ or shelter, or hiding in a play tent. Older children may create a collage or paint their safe place. Another alternative is to be able to create the safe space with a different role, with a costume, or create it in a play with a fictional story. When trust has been destroyed, it takes a long time to re-establish it. The trustful relationship does not necessarily need to be with a counsellor or therapist; it could also be with a teacher or care worker or volunteer.

Creative visualisation – where individuals follow an imaginary journey to a special place – is a means of creating safety through the imagination. This is a very important technique to empower individuals to find ways to take charge of their personal ‘inner safe space’. This is also some relief to the person who is unable to change their external circumstances but is able to maintain some safety, and maybe even sanity, through the power of their imagination.

The healing power of metaphor enables trauma recovery through the exploration of certain myths, many of which have survived from ancient times. For example, The Transformation of Sedna or The Flowering Tree13 are both very powerful stories that enable recovery from major traumatic experiences. These stories need to be used with care, but in appropriate settings can be major agents of change. The stories can be moved or danced, painted or enacted (EPR), and can be used with individuals as well as groups.

Since ancient times, great theatre has been a means of challenging, informing and transforming, as the Greek tragedies demonstrate. How better to understand human frailty and loss than through Medea or The Bacchae? Shakespeare’s Macbeth has all the elements of trauma response: freeze (the ‘cream-fac’d loon’, V.iii); flight (Fleance, lll.iii) and fight (Macduff’s son, lV.xi).

Personal trauma from abuse and neglect can make a major impact on children and teenagers and it can be a huge blow to their resilience and coping mechanisms.14 Greater understanding of the body and the brain can help us create programmes of recovery within education and therapy, and the two developmental paradigms of Neuro-Dramatic-Play and Embodiment-Projection-Role can form therapeutic programmes for trauma transformation. The recommendation is that it should include great stories and great theatre. We need to re-recognise the importance of Dr Theatre!

I leave you with a closing thought from the Kazakh people:

So god made one more person
And filled their brain right up to the top
With stories, songs and sparkly words

And he sent the storyteller down to earth
To tell stories and to sing songs
To tell wise tales and sing wisdom
Back into the brains of the foolish human beings.

(Adapted from ‘A Whole Brain’ from Tales told in Tents15 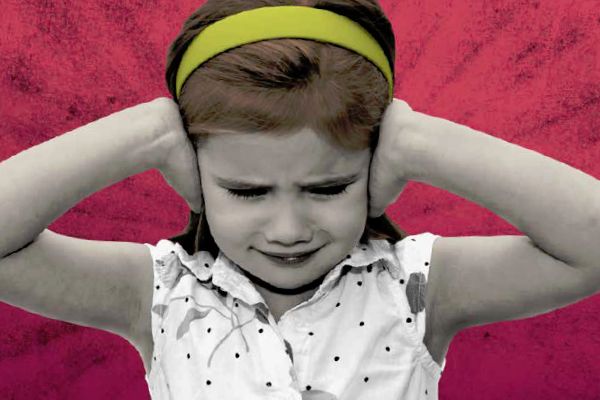 Open article: Phil Christie introduces pathological demand avoidance (PDA), describes its symptoms in children and young people, and explains how therapists, teachers and parents can understand and work with it. BACP Children and Young People, June 2015 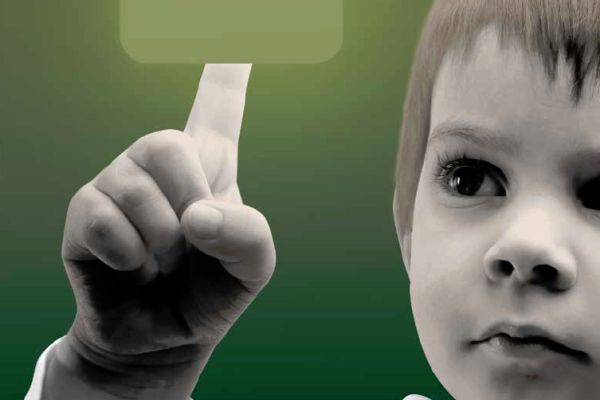 Open article: Louis Weinstock suggests we encourage children to consult their own experiential evidence concerning the time they spend using digital devices, and that we harness the power of digital technology to enhance children’s internal capacity for wellbeing. BACP Children and Young People, March 2015