My mother has dementia. She was diagnosed over two years ago and we recently found out that she has mixed dementia. My father, despite having health issues himself, has been her main carer and, due to his care and devotion, and with the support of my brother and I, we have been able to keep her at home for such a long period, despite her deterioration.

She has recently been hospitalised twice; the second time for 32 days. The reason was secondary to her dementia: stomach pain and vomiting. Our first experience of taking my mother to Accident and Emergency (A&E) felt very depressing. We had to wait in a corridor for several hours before being taken through to the treatment area. A nurse, who we felt showed little compassion, gave my mother a very quick examination and gave us no information. Nobody came back to us for two hours. When we finally managed to get a nurse to talk to us, we were told that my mother was not a priority and, if she stayed, it would be another few hours’ wait. It was midnight by this time and, having already waited for five hours, we made the decision to discharge her as she was becoming progressively irritable, anxious and tired.

A week later, her condition deteriorated. Wanting to avoid a repeat of the A&E experience, I called her GP. A locum doctor examined her and advised that she needed a hospital admission. She was assessed on the Surgical Assessment Unit (SAU) and we were told she had a blockage. Later that evening, my mother was transferred to another ward and, early the next morning, I was called and asked to go in and sit with her as she was very confused and the staff on the ward were struggling to cope with her. When she had been left alone on the ward, she had become anxious as she had no memory of why she was there and had wanted to leave. Therefore, I spent as much time as I could with her. That same evening, I was told that she was being discharged. There was nobody available to talk to who could tell me why, or what treatment she had received. She was discharged with some laxatives. The hospital failed to inform me that she had a hiatus hernia which had been picked up on X-ray.

Ten days later, my mother was still vomiting and was becoming more frail and dehydrated. My father was so concerned for her that he called an ambulance. When I arrived at the hospital, I tried to find out whether my mother had been admitted. I was totally ignored at the nursing station and felt invisible. I eventually managed to get somebody’s attention and was told that she had not arrived; I was asked to sit in a waiting area and told that they would come and fetch me when she was admitted. Nobody came to fetch me. I went to look for my mother and found her already on the ward of the Acute Medical Unit (AMU), being examined by two student doctors. The doctors were asking her lots of questions, but my mother didn’t even know why she was in hospital. Time and time again, I explained that my mother had dementia, but they continued to ask her questions.

The Royal College of Psychiatrists reports that two out of five hospitals are not providing dementia awareness training to new staff and 11 per cent of hospitals do not provide dementia training to nurses.1 In addition, dementia patients have longer stays, delayed discharges from hospital, and a higher re-admission rate. They are often labelled as being ‘in the wrong place’.2

The next day my mother was moved to another ward. She was moved early in the evening, which disorientated her; research shows that people with dementia can often become disorientated or suffer from increases in behavioural problems at dusk, referred to as the ‘sundowning effect’.3 The ward did not inform me of her move.

I was called to the ward in the early hours of the morning, having been told that my mother was disorientated and acting aggressively, and the staff were having difficulties dealing with her. My brother and I arrived at the wrong ward as she had been moved, and were finally signposted to the correct ward, where we were faced with ward staff standing around my mother with a security guard. This had happened two years previously, when my mother was first diagnosed with dementia and we had been called to the hospital ward to find two security guards by her bed, restricting her movement. An improvement on this experience from two years ago was the use of a RoamAlert bracelet (Stanley Healthcare). This was placed on my mother’s wrist and would beep if she attempted to walk off the ward. This can be useful for dementia patients because they do not like to be continually followed, and the bracelet allows a level of freedom. However, to see my mother with such high stress when we arrived was incredibly distressing for us to witness and, more importantly, distressing for her. I asked if could take my mother to a quiet room to try to calm her down. After an exhausting period of time, she became calmer and I was asked to give her a sedative; I gave it to her mainly due to my own exhaustion.

Three weeks later, my mother was still in hospital. She had lost over a stone in weight. The nutritionist was not involved with her care. The consultant finally decided to do an endoscopy, which confirmed she had a hiatus hernia which was taking up much of her stomach. She had also developed pneumonia and a chest infection. The medical staff treated my mother for this without communicating with the family, despite earlier informing me that my mother had a DoLS (Deprivation of Liberty Safeguards) (part of the Mental Capacity Act 2005 which refers to a person lacking the capacity to consent to care and treatment).

As a family, we knew that my father was no longer able to cope with my mother at home; she needed specialist care, which he was no longer able to give. This was not a decision taken lightly and was heartbreaking for us all. We decided that my mother should be informed that she was going into temporary respite so that she could be looked after. We informed the hospital early on in her admission of our decision and I learnt that she had been referred to the Social and Healthcare team. I continually left messages for a social worker to contact me. Nobody responded. Three days prior to my mother’s discharge, the charity Age UK brought out a report which stated: ‘Elderly people are “trapped” in English hospitals in ever greater numbers.’4 The charity’s analysis showed that dementia patients spent a total of nearly 2.5 million days stuck in hospital over the past five years. Stewart, Bartlett and Harwood5 advocate ‘more open involvement and communication with families and more frequent assessment of capacity/best interests in the discharge planning process’.

The stress that we as a family experienced during this period was huge. My mother was bored, restless, confused and unhappy; every time she saw us she would cry. The lack of communication was, in my opinion, just not good enough. Throughout my mother’s stay, I never felt that the ward was understaffed, but rather that the staff were unable to properly care for a person with dementia. There were some very caring staff but there were also some who I felt lacked compassion.

A week prior to my mother’s discharge, I was contacted by a ward social worker, who informed me that we needed a meeting on the ward, with my mother present, to discuss her future. I asked whether we would have a room available for this and was told that there were no rooms available and that the meeting would take place by my mother’s hospital bed. We were told if we did not attend, the meeting would go ahead anyway. As a family, we decided that my father would not attend this meeting as we felt it was unethical for it to take place on the ward, and immoral that my father was expected to say in front of my mother that he felt unable to care for her any more and that she needed to be placed in a home. My brother and I intercepted the social worker at the ward entrance to discuss our concerns and were told we would not have to go through the process in front of my mother and that she would be moved to a care home on a temporary basis until further assessment.

My mother is now in a care home and I am left with feelings of inadequacy about her experience in hospital. Outcomes for people with dementia are poorer for those being cared for in a general hospital. Staff have to balance risk, autonomy and healthcare, which is not easy.6 I acknowledge that they have a difficult job to do and, as an ex-nurse, I should know! However, there is little research on the dementia patient experience and, as a relative of a dementia patient, I do not feel it was a positive experience. It was hard work, it was stressful, and there just wasn’t enough communication from the hospital with us, the family.

Having a mother with dementia is painful. I have lost her but she is still here. My father has lost his wife but she is still here. The person who was my mother has almost gone. It is exhausting and the feelings of sadness are overwhelming. I am aware that I cannot single-handedly change opinion or solve everything. However, I do have a voice and, through my voice, I can hopefully raise awareness. Change is needed because I do not believe that what we are doing right now is anywhere near good enough.

From my own personal experience, I would strongly recommend that more research is undertaken into caring for dementia patients in hospitals and that further training is implemented for hospital staff so that they are able to cope when a patient arrives on the ward. Since being in the care home, the staff have not called me to say that they are having difficulties coping with my mother. She has settled and appears content 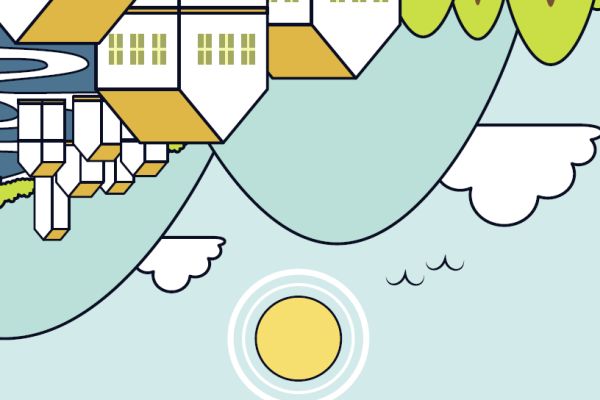 Stranger in a strange land: take 2

Free article: Anne Crisp gives an update on her work about ‘unprepared clients’ – those who come to counselling with no real understanding of therapy. Healthcare Counselling and Psychotherapy Journal, January 2016 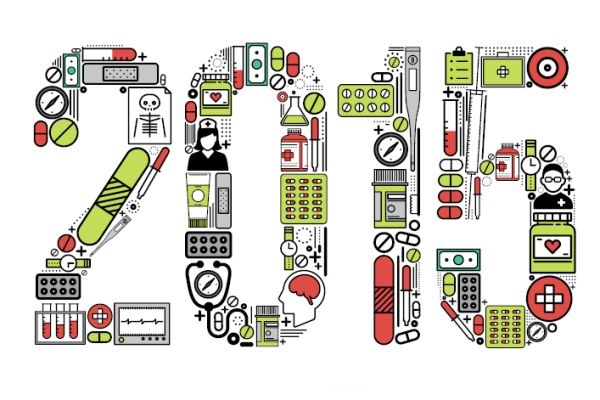 The NHS in 2015: still a scary possibility to come

Free article: Gillian Proctor reflects on the accuracy of her 2002 predictions about the future of the health service. Healthcare Counselling and Psychotherapy Journal, October 2015 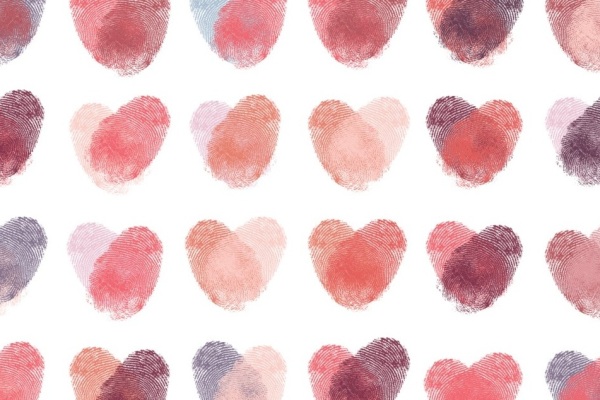 Relationships in the melting pot