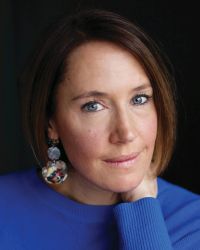 Helen Kewell is a humanistic counsellor, educator and author with a private counselling practice in Sussex. She specialises in working with older adults and considers this area of psychotherapeutic work to be underrepresented in literature and under-resourced, and hopes to continue to promote a wider dialogue about it. She is part of the Older People Expert Reference Group for BACP and previously volunteered with Cruse Bereavement Care as a counsellor, supervisor and trainer. Her book, Living well and dying well: tales of counselling older people, is out now (pccs-books.co.uk).

It is a common misconception that our late teen years are the most influential to the development of our identity. It is another misconception that we find our purpose only as we grow into adulthood and choose a career or life direction. The final misconception is that older age is associated only with reflection, loss and degeneration. Doesn’t our identity evolve right up until our life ends? Doesn’t our purpose evolve and change as our life plays out? Don’t we grow and change and move forwards right up until we die?

I believe so. Wonderfully, counselling can provide the space to explore these transitions and points of growth and can provide a powerful antidote to the accepted social and political norms.

It is an incontrovertible fact that our population is dramatically ageing. Advances in medicine mean our life expectancy in most parts of the world is now one decade more than our parents’ generation, and nearly two decades more than our grandparents’. In the 20th century, more years have been added to our life expectancy than in the whole of human existence:1 many of us will now live well into our 100s. What should we do with this extra time? One thing is for certain: we need not fade gently into the background. In many parts of the developing world, we are now entering a rate of ‘non-replacement’, meaning births are not outnumbering deaths. This means the older population is now becoming essential to our society and economy in a new way. There is a growing trend for people ‘unretiring’ and re-entering the workforce. Many of those within retirement age are already vital to the volunteer and third sector.

As Camilla Cavendish writes in her brilliant book, Extra time,3 we are so busy not thinking about being old that we haven’t realised how much ‘being old’ has been redefined. While our culture may still prize youth within its rhetoric, a change is coming. Our elder culture, dwindling in many communities, may begin to see a reappearance, notwithstanding the effects of COVID-19 on death rates and the mental health of older people.

Where does counselling fit into this? A global, sociological research study has identified the places in the world with exceptional longevity and summarised what they had in common. The study called these areas ‘blue zones’.3 These communities all have the following: plant-based diet, strong friendships and communities; a sense of purpose; lots of sleep and strenuous activity.

Ani de la Prida explains how she has developed a creative and pluralistic approach to therapeutic communication in her own practice. Private Practice, December 2020

Another longitudinal study of supercentenarians showed that those who live longest don’t do so with intent. It is a by-product of their mindset.4 So: purpose, mindset and strong relationships contribute to a healthy long life. Of course, counselling can provide a space where this can be explored and amplified.

Let me tell you a story about a gentleman I worked with to bring this possibility to life. We will call him Bobby. I write about him in my book and here is how I introduce him:

‘Bobby was a 79-year-old man I worked with for six months, following the death of his wife of 55 years. Scottish, talkative and hard of hearing, Bobby greeted me each week at his house wearing a flat cap and an ancient pair of silk pyjamas under his clothes to keep out the cold. The story of his life, as it unfolded, was one of poverty, adversity and sheer bloody-minded hard work. He retold it from many angles, week after week, and always cast himself as a bad man who made poor choices and was undeserving of his wife’s love while she was alive, so didn’t deserve to grieve for her after her death.’5

As we age, the reconstruction of life stories is a powerful way to strengthen and evolve selfhood at a time of constant change

Bobby wanted to move through his grief, and through our work we began to realise that his fixed narrative of being ‘bad’ was holding him back. As we age, the reconstruction of life stories is a powerful way to strengthen and evolve selfhood at a time of constant change and to sequence the complexity of a long life. It also empowers a demographic group whose stories are often told for them or about them.6 The development of our life narrative and our sense of self never stay still. In his theory of gerotranscendence, Lars Tornstam challenges the received way of conceptualising later life as a time for continuity and preserving midlife ideals.7 Gerotranscendence instead emphasises solitude and introspection, leading to rapid change and growth towards the end of our life. This became useful for me to hold in mind when working with Bobby.

So, Bobby and I began to explore who else he might be. His stories did not align with the caring, considerate person I experienced within our sessions. For me, therapy is about being attuned to what is happening between us and being aware of inconsistencies or themes emerging within a client’s narrative and noticing its effect on me as it unfolds. And with older clients, we need not necessarily assume any vulnerability that precludes our taking this active, phenomenological approach.

Since his wife’s death, Bobby had found himself the reluctant patriarch of a large and complicated family. He did what he could, giving them money every now and then and learning to send messages on his iPad. He also took care of other elderly relatives by phoning and sending gifts. He fed milk to stray cats in his garden. As I arrived for our sessions, he asked after my health, checking I was comfortable, and he always offered tea. He did what he could to look out for others from within the boundaries of his house and his health.

At the right time, I shared with Bobby that the person he articulated in his stories didn’t match with how I experienced him. He frowned, explaining that he preferred to think of himself as a bad person, and that any kindness was hard for him. As we explored this, using mostly an embodied inquiry, he began to disclose and explore events of his early childhood, which had plagued him with shame. As he talked around them, reflecting on them for the first time in many years, he told me he was starting to feel it hadn’t been his fault, that he might not hate himself like he always had. He couldn’t quite forgive himself for some of the things he’d done, but he had found a new way of considering his story. What this meant was that he allowed himself permission to start grieving for his wife and stepped more comfortably into his role as the kindly patriarch of the family.

This encounter with Bobby celebrates the potential of the counselling space to facilitate healing and change and is testament to the potential of growth at any phase of life. It is an antidote to Freud’s assertion that therapy over the age of 65 is not worthwhile,8 and a direct challenge to our health and social policy-makers who have still to realise there is worth in investing in the emotional wellbeing of older people. Open article: Christopher Tovey is striving to make a positive difference to the psychological wellbeing of adults aged over 65. Private Practice, June 2020