Working when pregnant
How pregnancy may impact on the therapeutic relationship 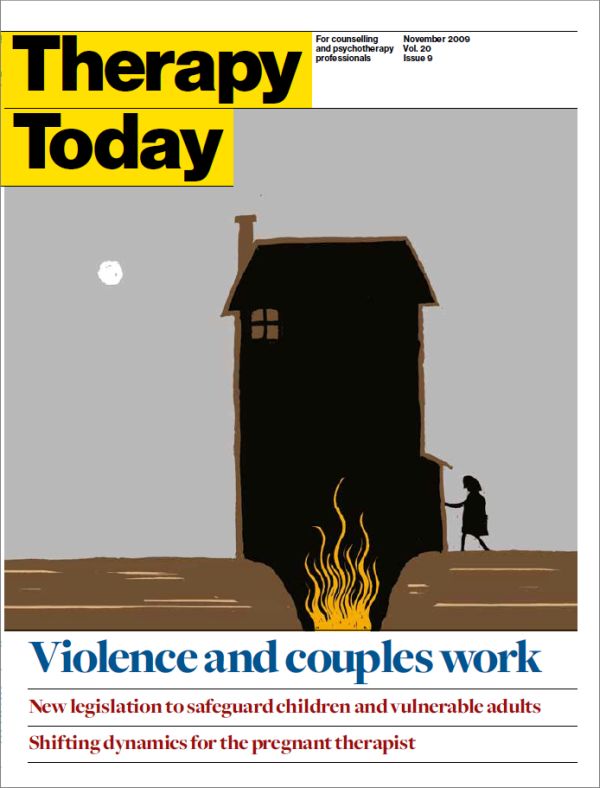 Articles from this issue are not online. Members and subscribers can download a pdf from the Therapy Today archive.

Last month’s BACP annual conference was a good event with excellent speakers and much important debate about the crucial issues of the day. During the awards ceremony – which gets more like the Oscars every year – speaker after speaker movingly described innovative work being done by dedicated practitioners across a wide range of community settings.

Relate received an award for Innovation in Counselling and Psychotherapy for their Responsive Model which you can read about in this issue. This impressive and valuable work involves training all staff and counsellors in how to respond, as opposed to react, to each partner in a situation where domestic violence and abuse are disclosed. I was particularly struck by the language the model uses, abandoning the concepts of victim/perpetrator, and replacing this with a neutral language that focuses on behaviour and safety.

At the conference panel debate, speakers were asked to comment on the future of the profession and a debate ensued around therapists’ reluctance to manage upwards and engage with the powers that be where policy is decided and funding allocated. Given that IAPT has ‘transformed what we do from a cottage industry into an industrialisation process’, we have no choice, argued Jeremy Clarke, but to get to grips with delivering our therapies on a far bigger scale than we have ever imagined possible. In order to do this, he suggested, we must get over our tendency to not engage with what we are not comfortable with. The crux of the issue, Nicola Barden suggested rather poignantly, is ‘Do we want to get ahead in this world or not?’

In response to a question about the availability of paid work, John McLeod said that compared to those working in the NHS where long waiting lists are the norm, counsellors and psychotherapists in private practice were often underemployed, largely he thought because of their failure to effectively communicate to the public what they are selling. Are there missed opportunities, he wondered, if people are prepared to pay £1,000 a year to join a fitness club; if people had a better understanding of what therapists could do for their emotional wellbeing, might some of their money be better spent on therapy? Clearly we all need to learn to love marketing!