Out from the underground
Nikola Atanassov describes the role of psychotherapy in helping Bulgaria’s people make the transition to democracy.

Everyone is welcome here
Jeffrey Po reports on the all-inclusive Association for Psychotherapists and Counsellors in Singapore.

Awakening India's psyche
Globalisation and a rapidly changing social support structure has raised public awareness in India of the benefits of counselling, as Tony Sam George and Elizabeth Thomas report.

In the client's chair
Dimitra: Starting a new chapter

In training
Archana Ramanathan: Learning to honour my client

How I became a therapist
Olga Lukina

The interview
Courtland Lee: We are citizens of the world

From the chair
Amanda Hawkins: Therapy in cyberspace

In conversation
Colin Feltham interviews Nikola Atanassov, Associate Professor of Clinical Psychology at the New Bulgarian University in Sofia and a psychoanalyst, about the challenges facing the fledgling psychotherapy profession in Bulgaria. 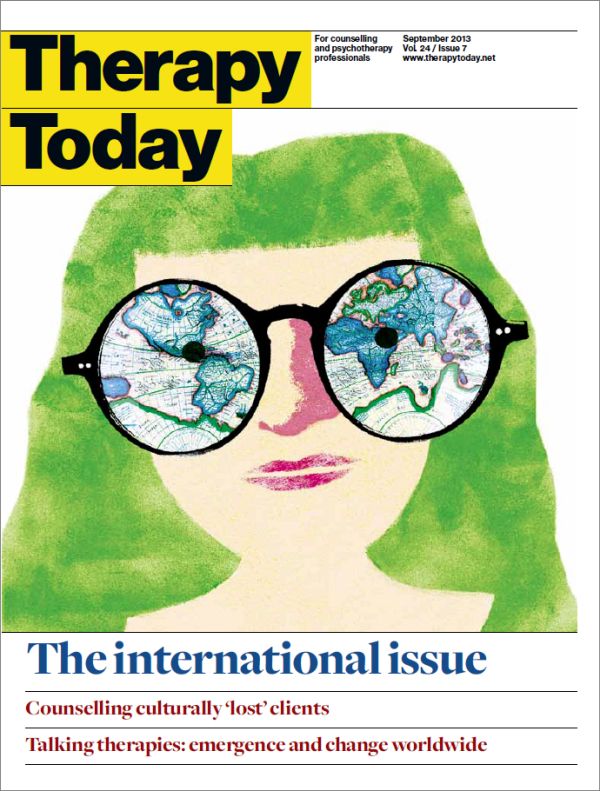 We know so little about the development of counselling and psychotherapy around the world so we have devoted this issue to emerging counselling internationally. Huge credit must go to Jacqui Gray, our international editor, who has worked so hard seeking out counsellors and academics in countries from India to Russia and encouraging them to write for us. What is clear is that in many countries there is a great hunger for knowledge about counselling and for training.

For example, in Pakistan awareness about therapy is growing as society becomes more urban and industrialised; there is a growing appetite for self-development but a lack of qualified practitioners. Pakistanis are looking to the UK and the US for training and in turn becoming trainers themselves. There are many cultural challenges for them to negotiate, not least that in Pakistan’s collectivist culture saying ‘It’s my life’ is socially unacceptable.

Counselling and psychotherapy were banned in Communist regimes but existed as underground movements in many Soviet bloc countries. Nikola Atanassov, himself a young ‘underground’ practitioner in the 1970s, writes about the growth of therapy in post-Communist Bulgaria and about how far the profession still needs to develop.

South Korea has one of the highest suicide rates in the world, and leehyok Woo gives us a fascinating insight into its culture. He explains how students who come to study in the UK, for example, can feel emotionally lost, their emotional coping mechanisms being so different from those in the West and so easily misunderstood. The world is shrinking as a result of online technology, but the cultural gaps between people may be just as great and potentially problematic. As BACP Chair Amanda Hawkins writes in her column, there is much that we as a profession can share at an international level and much that we can learn.