'Hope is something you can’t have without putting in the hours for it. I got out in May and relapsed and came back in. In the past four months with Room to Talk, I have made changes that I feel I can sustain when I get out again. It’s made me focus 110 per cent on what I want, what I need and how to get it – and I have got that from these wise women in here. I have grown more in the past four months than I ever did before.’

This is Alex, one of the 472 women offenders currently serving their sentence in HMP Styal, Cheshire, one of the 12 women’s prisons in England. She is at high risk of becoming a ‘revolving-door offender’. Half of women offenders are reconvicted within a year of their release, and the proportion goes up with the number of times they return to prison. We used to talk about ‘revolving-door psychiatric patients’; with these statistics, and others telling us that nearly half (46%) of women offenders have suffered domestic violence, 53 per cent have experienced physical, emotional or sexual abuse in childhood, and 56 per cent witnessed violence in Through the gate the home in childhood,1 the distinction between the two populations is becoming increasingly blurred.

Yet, other than at Styal, there is no organised, established counselling provision in England’s female prison estate.

Alex is one of the lucky ones, in that she has had access to Room to Talk, a voluntary-sector counselling service set up six years ago in Styal by two women, Michelle (‘Shelly’) Cardona and Eileen Whittaker. They met when they were doing their counselling training and found they shared a sense of dismay at the absence of access to counselling among women prisoners. Styal’s then governor, John Hewitson, welcomed them with open arms, but no funding. They launched the service with just three counsellors, working from the dining room in one of the Victorian villas that accommodate most of the prisoners at Styal, and now have a team of 25 – some volunteers and some on placement. The service is open three days a week, offering 45–50 counselling sessions to the prisoners and prison staff from its own small, but lovingly decorated (by clients), hut.

‘Women bring everything,’ says Eileen. ‘Most have underlying trauma, and histories of child sexual abuse and rape, torture or trafficking. A lot are living with quite difficult existing disorders and depression. Bereavement, miscarriage, addictions – it’s all here.’

Room to Talk has received no external funding, other than a £4,000 grant from Lloyds Bank to set up a website. Both Shelly and Eileen have counselling jobs that subsidise the three days a week they devote to Room to Talk. But they have received the full backing of the prison and the prison governor, Mahala McGuffie. ‘We are massively grateful for the support Mahala has given Room to Talk, which has meant we can make a difference to women’s lives here,’ says Eileen.

Purists may say it’s not possible, and it’s potentially even harmful, to try to offer talking therapy in such an environment, where clients face numerous obstacles, practical and emotional, to engaging with therapy. Women may be moved without notice to another prison, or be required to attend a course during their therapy hour; most have had a lifetime of abuse and exploitation, and may find it hard to trust the service. They may be in prison for such a short sentence that they can’t benefit from the counselling.

Shelly has no time for such naysayers: ‘Prison is nothing like the community,’ she says. ‘I say to them: “Come here and see how much difference you can make.” To me, it’s what person-centred counselling is all about – giving time to women. No one has ever done that for these women before. Even holding them for one session can make such a difference, when they’ve had bad news from home, for example, and they can’t fix it because they’re in here and they feel helpless and hopeless. Purists may doubt that one hour of your time can help, but we disagree.’

Anastasia Selby, Head of Reducing Reoffending at Styal, is unequivocal about the benefits that Room to Talk brings to the prison, the women and the staff. ‘So many of the women have underlying issues from their past, and that is where Room to Talk comes in. It’s confidential, it’s individual, it’s outside the prison system, and it’s there for the women when the time is right for them, and I think that is of enormous benefit,’ she says.

‘Almost every other intervention here is compulsory; it’s timetabled, and it isn’t confidential. There is very little here that they can choose for themselves. With Room to Talk, it’s their decision to attend. A lot of the women who have gone through counselling with Room to Talk have said how much it has helped move them on in life in terms of their attitude and behaviour in here.’

Counselling is ‘part of the rehabilitative culture that enables change to take place’, Anastasia says, and Room to Talk is seen as very much part of the support and care that the prison provides, alongside the mental health and substance-abuse service, and the education and other programmes aimed at reducing reoffending. But it is not something the prison itself can fund, because there is no evidence that it directly contributes to reducing reoffending. And it works well precisely because there is that clear separation between it and the statutory prison service, Anastasia believes.

As is common throughout the women’s prison service, many of the women in Styal are serving very short sentences – around a quarter are there for just 14 days, and the average sentence is just 10 weeks. For these women, who are also at the highest risk of becoming repeat offenders, there has been little that Room to Talk can offer. However, now, thanks to a £200,000, three-year grant from the Big Lottery, Shelly and Eileen have been able to launch the FIRST programme.

FIRST (the Foundation for Inspired Rehabilitation with Skills and Tools) is an intensive groupwork programme that runs over three to four weeks, two days a week, and is designed specifically to address the lack of self-esteem and selfworth that is endemic in the women’s prison population. Shelly and Eileen believe that, if the women value themselves more, they will make different, better choices when they are released back into the community, and make more use of the support services that are out there for them.

‘Women serving shortterm sentences are often too chaotic to engage with counselling, or not here long enough to feel safe to open up in counselling, so we are trying to give them something they can engage with,’ says Shelly. ‘We don’t tell them not to reoffend. There’s enough people telling them about the mistakes they’ve made in their lives. We are trying to help them value themselves. Because, if they don’t feel that, where is the drive and inspiration to change?’

The groups are for a maximum of 12 women, and are facilitated by two counsellors, supported by peer mentors who have already completed the programme. It is available to all women who come into the prison who have at least six to eight weeks of their sentence to serve, unless they have evident psychosis or need first to detox. The programme comprises eight sessions (see box overleaf) and mainly uses creative arts techniques to help women open up about their emotional health needs.

For example, the women are all given an empty rag doll – just a cotton shape – and throughout the week they gradually fill her out in their image: hair, clothes, identifying marks (scars from self-harm, or tattoos, for example). When the doll is finished, they can give it to anyone they want. Some give their doll to their children, so they have something of their mother at home while she is still in prison. Breakdown of family relationships and loss of contact with their children are major issues for many women in prison. ‘Something so small can be so powerful,’ Shelly says.

Another very powerful exercise is to write a letter to a loved one, telling them how they want to be remembered. In another session, each woman is given a paper flower to pass around the group, and everyone writes something positive about her on each petal. ‘They feel such guilt and shame about being in prison. They can’t see the positives about themselves. It’s much easier to hear the bad things than accept compliments and see the good,’ says Shelly.

The FIRST programme also offers a ‘through the gate’ follow-up service; women can come for counselling with Room to Talk in one of the houses outside the security fence for up to three months post-release, and Room to Talk ensures they are linked in with their local women’s centre, where they can get further help and support.

Thanks to the Big Lottery, the FIRST programme is being evaluated to measure changes in the women’s mental health and mood. Reoffending rates are also being tracked, to assess its impact.

For Alex, taking part in the FIRST programme provided a space where she learned to trust other people enough to open up: ‘Everyone is there, on the floor, making things, and people can explore what is going on with themselves, and it’s so relaxed that they’re more likely to share and open up more with the counsellors. If you are one of those people who feel you don’t fit in, you lose that – it softens you.’

Getting to know each other, expectations, confidentiality and setting boundaries.

Session four: Where do I belong and what am I worth?

Enabling recognition of personal strengths and drawing on them in times of vulnerability.

Session five: Communicating with people I care about

Session six: Feelings about myself

What is self-esteem, efficacy and resilience, and why do they matter? Challenging maladaptive thoughts and raising self-worth. Improving confidence and recognising personal value.

Planning for good and bad times and promoting personal safety. Acknowledging personal needs, giving ‘self’ permission to accept ongoing help. Where help can be accessed. Building a pro-social identity.

Session eight: How do I deal with endings?

Understanding the importance of positive closure; reinforcing resilience and acknowledging potential for change. Positive affirmations and hope for the future. 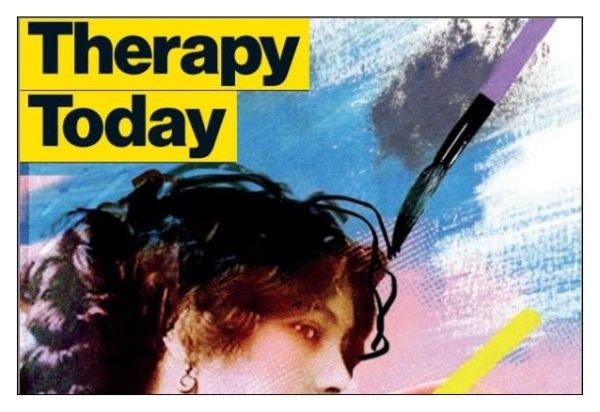 Can counselling help people in poverty? 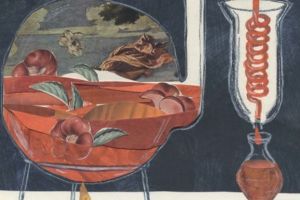 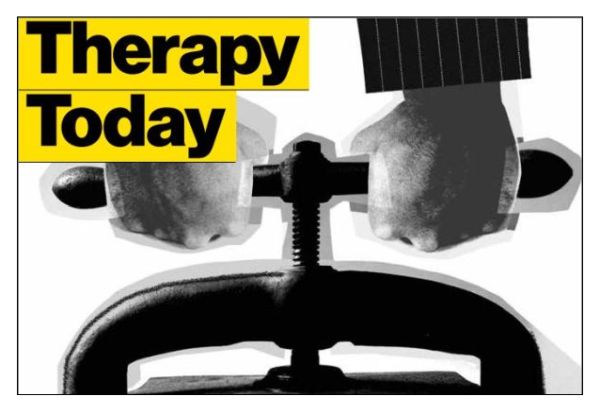 A crisis of containment