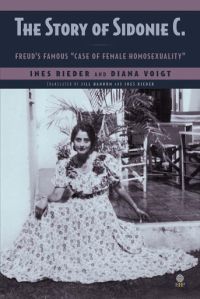 Sidonie C was, as is now well known, Margarethe Csonka, the only daughter of a prosperous Jewish Viennese industrialist. She was the subject of Freud’s only published work on female homosexuality (in 1920), and her life spanned the 20th century, from 1900 to 1999. Her biographers decided to respect her confidentiality, and gave her the name Sidonie, or Sidi.

Aged 18, Sidi became infatuated with a married woman known to have affairs with both women and men. Horrified, her parents sent her to see Freud. Freud was not opposed to homosexuality – he wrote in his report on Sidi’s case, ‘Psychoanalysis presupposes an original bisexuality in human beings’. But nor was he optimistic about the success of psychoanalysis in converting a person to heterosexuality.

He analysed Sidi for about four months. She found him frankly creepy. His conclusion was, predictably, a simple inversion of his interpretation of male homosexuality: Sidonie was in love with her father, jealous of her mother, and seeking from another older woman the love and approval her mother denied her. He ended the analysis when he realised that she had transferred to him her ‘deep antipathy to men’, and recommended her parents take her to a female analyst.

But this potentially fascinating tale occupies only a few pages of the book. The rest tells the no less fascinating story of Sidi’s life against the backdrop of turbulent 20th-century Europe and America. Perhaps of most professional interest to counsellors and psychotherapists is its cautionary tale of how one of their profession was blinded by his own theories to the reality of the young woman on the couch beside him.

Catherine Jackson is a freelance writer and editor 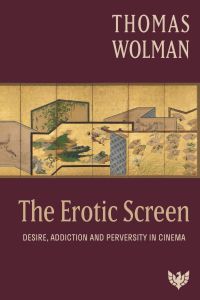 Most of the films in this book could be enjoyed at a superficial level, but when Wolman applies his psychoanalytic lens, they are enriched beyond measure. Suddenly moments such as the famous chest-buster scene in Alien become replete with meaning, significance and myriad interpretations.

This is a deeply analytic reading of cinema that strips away societal, cultural and narrative veneers to reveal the pulsating heart of the sexual impulse as the agent of action. It makes explicit the unspoken, revealing the role of libido in every layer of the narrative. I can’t help but think the author is someone you’d never catch saying, ‘Sometimes a cigar is just a cigar.’ The book is assiduous in its detail, referencing not only the films themselves but also the impact of deleted scenes, stage notes and even quotes from the creative team.

Nick Campion is a trainee psychotherapist in Derby and a supervisor

The Beginner’s Guide to Sanity: a self-help book for people with psychosis

This practical guide is primarily aimed at those who have experienced psychosis, but it will also be of interest to anyone supporting someone with psychosis, be it as a friend, family member or professional. The combination of journalist Crompton’s lived experience of paranoid schizophrenia and academic psychiatrist Lawrie’s more textual knowledge make this the epitome of co-production.

The style is unusual in that Crompton and Lawrie are in dialogue. Often, Crompton illustrates Lawrie’s explanations with a personal vignette, bringing to life what might otherwise seem quite abstract or hypothetical. For example, ‘It’s the “bizarre beliefs” that Stephen describes which led me to A&E in the spring of 2009... I had stopped taking my medication for longer than a week and had started to believe I was a wanted criminal again.’

Early chapters explain in simple, non-judgmental language what psychosis is and how it is diagnosed and list different types of ‘psychotic disorder’. The stigma that can surround a diagnosis is acknowledged and anti-diagnostic views are touched on, but this is nonetheless a book firmly rooted in the biomedical model.

Other chapters look at the causes of psychosis, including genetics and early environmental factors, as well as triggers, such as illicit drugs and life events.

Finally, chapters on treatment options, outcomes and lifestyle offer valuable practical advice and information, both for those in crisis and those in long-term recovery from psychosis. Alongside topics such as housing, benefits and navigating the DVLA with a psychiatric diagnosis are playful, creative ideas from Crompton for staying well, including gardening, shamanism, keeping pets, dancing and hip-hop.

Emmanuelle Smith is a psychodynamic psychotherapist in training 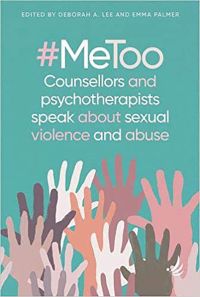 #MeToo: counsellors and psychotherapists speak about sexual violence and abuse

What happens when you hear about sexual abuse and violence? This triumph of a book is (largely) by therapists who have experienced abuse, speaking out in light of the #MeToo movement. Congruence charges like a bull through every page, as the authors address the crossover between abuse and a swathe of contemporary issues. In the chapter ‘#MeToo on the Internet’, Tara Shennan talks with Haley Clifford about her own experience. The chapter unpacks how internet abuse can unfold, the psychological manipulation allowing it to flourish and how it is often misunderstood and judged to be less serious than other types of sexual abuse. In other chapters, the relationship between culture and abuse is explored. This is a dynamic portrait of people who have experienced abuse, navigating ways to communicate their experiences. There is tenderness and compassion as the authors reflect together. Randall and Urbach work hard to meet each other and it is a privilege to witness the dialogue unfolding. The sharp light directed on therapy training feels timely and necessary. The chapter by Lee (also a co-editor), as well as others, captures the ‘silence within the profession’. Examples are given of victim blaming, trainees encouraged not to disclose and survivors being discussed in divisive ways. Is there another industry where your suitability for role would be questioned if you disclosed rape? Unsurprisingly, Lee suggests ‘safe enough’ training environments may not be wholly available. As you read this book, I urge you to heed her words and consider, ‘What are you hearing?’ and ‘Where might it be coming from?’

Zorana Halpin is a counsellor 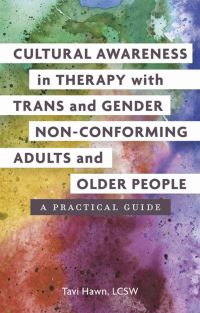 Cultural Awareness in Therapy with Trans and Gender Non-Conforming Adults and Older People: a practical guide

This interesting book, which advocates client work through an intersectional lens, aims to educate and guide therapists into considering how best to work from a culturally responsive framework. Specifically focusing on cultural awareness within trans- affirmative practice (trans and gender non-conforming), it is hands-on and invites the reader to challenge themselves on ‘who is left out of “research” that creates “evidence-based practice” to stretch beyond typical practice and working style, and to move to a place of growth… and honestly assess where you are’.

I found the glossary of acronyms and terms and helpful self-reflective exercises and scenarios with questions very useful as I worked my way through the book. These are set alongside facts for the reader to consider, such as the reality of systemic and structural oppression. Bearing in mind the role of power and the challenge of individuals in systems being unaware of their own biases, we are reminded how, as therapists, it is essential to move beyond our own spheres and be open and engaged in active learning to discover what a particular identity means to a particular client.

I can honestly say that I came away from this book feeling I had learnt a lot. A US title, the relevance of sections on working with some of the major cultural groups described in the book (such as 2S or Two Spirit, Native American indigenous people who identify as both male and female) may be limited for those in the UK. However, in terms of working with all marginalised communities, I would highly recommend it. Dilemma: Back in the room 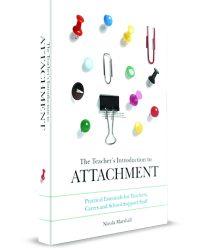 This book is easily accessible and had the most tangible impact on my role as a school-based therapist. Attachment theory informs my practice. I aim to extend my insights on the client’s attachment to the system (families/schools) around them. Early in my career, I often found myself pulled heavily into championing my clients, rather than facilitating discussions with staff that enabled an understanding of the need behind the child’s behaviour. This book made it easier to facilitate such discussions. It combines theory with information on the practical context of the educational setting, making understanding attachment and the impact of trauma accessible. It facilitates a deeper understanding of the young person. I regularly recommend it to staff and use it to facilitate discussions and workshops.

Kemi Omijeh MBACP is a therapist 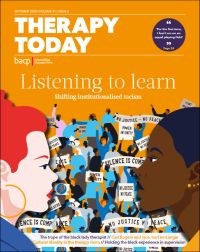