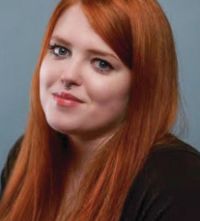 Emily Reynolds is a writer from London. She works at the women’s mental health charity Wish, is a trustee of the National Survivor User Network, and is studying for a master’s in psychosocial studies at Birkbeck, University of London.

For a long time, I both sought out and avoided men in equal measure. My relationship with my father had never been good and this was compounded when I started having sexual relationships. By the time I was in my mid-20s, I had completely lost my trust in men.

Unsurprisingly, this didn’t make my relationships improve. I would doggedly pursue the most avoidant men I could find and still feel surprised when they avoided me. I was so terrified of being abandoned that I would dare my partners to do it anyway – a horrible game of emotional chicken. I wasn’t completely without self-awareness, and I knew there were deep problems with my relationships and the way I saw the world. But there was some reality to how I felt – it wasn’t stupid or without grounds: men had harmed me, why would I trust them?

So, when I decided to go back into therapy in my late 20s, I was sure I would work best with a woman. I felt safer with women, I reasoned, so it made more sense. Working with a man would only have added resistance to a process I knew was going to be difficult anyway. Could I talk about trauma with a man? I couldn’t imagine it, and that was enough to stop me considering it as an option altogether.

I was serious about the work I wanted to do, so I spent some time shopping around, surfing websites and emailing questions to ensure I found the right fit. My first meeting didn’t go well. The therapist and I clearly had different outlooks, and I experienced her tone as irritable. Perhaps I was being irritating, but it still felt wrong. Back at my computer that evening, I came across another profile that appealed to me, even though he was a man. I sent a message.

What developed, in the end, was the most profound therapeutic relationship I’d ever had. On some level, I’d always known the equation in my head of ‘men equal harm’ was simplistic, but I hadn’t quite got to the point where I really believed it. The fact that this therapist was a man helped, not hindered. Here was a man who was gentle, who listened to me, and who was as far from harmful as you could imagine. The River of Life

I also started unpicking more of my assumptions around my family history and the reasons behind my dysfunctional relationships and disorganised attachment style. There was no doubt that my relationship with my father had been deficient – I barely saw him and when I did, it felt distant and disappointing – but in my head, he’d started to take on disproportionate importance.

Maybe that was down to the fact I didn’t want to take responsibility (‘my relationships are bad because my dad wasn’t there for me’); maybe it was because I simply didn’t like him as a person and found that hard to bear. His mother, like me, had been diagnosed with bipolar disorder, so there was always a murky feeling around that legacy, too. Plus, there was that pop- culture, warped echo of Freud: I had ‘daddy issues’, didn’t I?

Working with a male therapist, and one around the same age as my father, softened some of these broad-stroke assumptions. I found I didn’t feel as bad as I thought about the fact that our relationship was bad. Actually, maybe there were other members of my family who had affected the way I moved through the world in a less obvious, more pernicious way?

Before I started the therapy, I was worried about what I’d project and how it would colour the work. To my surprise, though, I didn’t see my therapist as a stand-in dad at all, and I realised that my relationships didn’t have to permanently mirror that dynamic either.

Some of what worked was inherent to therapy itself, of course: going to the same place at the same time every week and knowing it was somewhere I was safe and would be listened to. It’s easy to romanticise these relationships, and I’d never want to imply that therapy was some magical process in which my trauma was simply excised like it was nothing. Some things you live with forever.

Acknowledging the harm that had been done to me over the years seemed impossible with a man. But it turned out that the presence of gentle masculinity was crucial to my finally realising I didn’t have to run away anymore. 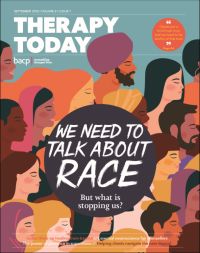