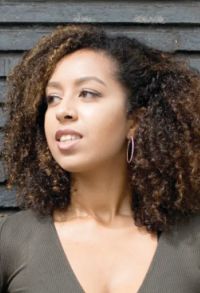 Georgina Lawton is a former Guardian columnist, now freelance journalist, who has contributed to gal-dem, Vice, Stylist and The Independent. Her memoir, Raceless: in search of family, identity, and the truth about where I belong, is published by Little Brown.

I had insisted that the therapist my mother and I needed to see should be black and female. But, although our first counsellor did fit those criteria, she was not a good fit for us. The first time we arrived at our session, we received a telling off for using the doorbell. ‘I asked you not to disturb me if you’re early. I’m with a client.’ We apologised and waited outside in the cold. During the second session, I was asked to ‘stop shouting’ during a difficult exchange with my mother. I could not stop, and so we didn’t go back. A year later, we gave therapy another go. This therapist was a white woman who had been recommended to me by my mother, yet I was dubious. ‘She won’t understand,’ I told friends. ‘I’ll feel isolated.’

I saw race as an important factor in my therapy journey. This is because I had grown up in a white household, with parents who offered no explanation as to why I appeared black. ‘You might be a genetic throwback,’ my mother had said. But other than that, race and its meaning went completely unacknowledged in our Surrey home for 23 years, unless I pressed. But, with each passing year, race was more dogged in its pursuit of me. When I reached university, I still didn’t know who I was, and when my beloved father died of cancer in 2016, when I was 22, I knew I could no longer uphold a nebulous family narrative. Dad’s death became the catalyst for uncovering the truth. A series of painful DNA tests proved that Mum had been concealing an affair with a black man she had once known.

In those early therapy sessions, I was startled by the potency of my rage. I had been robbed of both my identity and my biological ties to my father and his family – I wasn’t sure a white therapist would fully understand the losses. My mother was initially adamant that I was over-exaggerating the impact of this racial denial, and she felt exposed by my decision to write about it in a national newspaper. I couldn’t understand her lack of empathy, yet reserved judgment on my father, whose memory I refused to tarnish. In those early sessions, our therapist – who was around the same age as Mum – unpacked my mother’s childhood in rural, Catholic Ireland in the 1970s. It was infuriating at first, waiting for Mum to play racial catch-up as I described how I’d staunchly defended our family for years, and how an otherwise happy childhood was marred by accounts of othering and racism that I’d endured alone. But I realised that reflecting on her upbringing helped Mum empathise with my loss of identity. I learned that the religious guilt Mum carried around as a result of betraying her husband had become all-consuming, morphing into shame and blinding her to my pain. I learned to let go of my anger.

I also discovered that it did not matter that our fantastic, gentle therapist was white. She successfully encouraged my emotionally introverted mother to open up so Mum could relate to me – and her shame dissolved. I also began seeing a brilliant, black female therapist who helped me piece together my fractured identity and who made me realise that both my mother and father had been complicit in their decision to raise me in a colour-blind household. I began to see them both not as just parents, but people – flawed and imperfect like me – each raised in stoic households in Ireland and Britain, and who were united in their silence around my race because they couldn’t process the deceit between them. My mother had been freed from the awkwardness of discussing her infidelity by my father, who had never once challenged her. As a result, my race had been overlooked as a way of accepting it and keeping the family intact. My own therapist helped me understand what I had lost in that process, but also how I had benefited. Our joint therapist helped my mother and I reflect on my dad’s incredible love for us all and reconnect as two people grieving a monumental loss.

I had always been closer to my father growing up, but through therapy I discovered that there had long been an invisible, concrete wall between my mother and I as a result of the silence around my heritage. Dismantling that wall, brick by brick, week by week, was the most agonising yet rewarding process. But, with the help of two incredible female counsellors, my relationship with my mother – and myself – is better than before. There are both ethical and empirical reasons why therapists should concern themselves with client preferences, say Mick Cooper and John Norcross. Therapy Today, April 2021 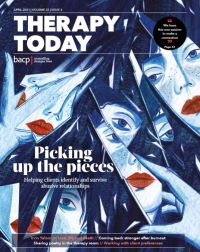