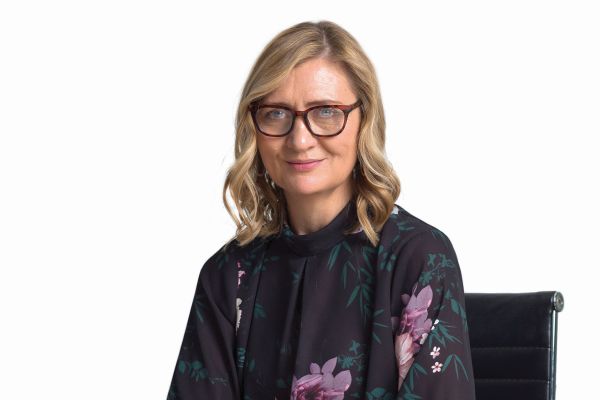 Engaging with the counselling and psychotherapy bodies has been like dealing with ‘a bunch of ferrets in a sack’, according to one Health Professions Council official. So reports Sally Aldridge, former BACP Registrar and one of several straight-talking contributors to our ‘Big issue’ this month. ‘Mapping the future’ is an in-depth report that attempts to address two crucial questions – whence and why SCoPEd? Reading the accounts of those who witnessed the establishment of the various membership bodies is a reminder of just how young our profession is. Growing up can be painful and often involves conflict but, as Tim Bond says, it’s a sign we are moving out of the adolescent phase into maturity. Don’t miss Catherine Jackson’s excellent report.

As ever, I am grateful for the courage and generosity of practitioners who share their experiences – good and bad – in Therapy Today for the benefit of other members. Jean Buck originally emailed a letter to the ‘Reactions’ page (in response to Andrew Reeves’ and Maria-Gabriele Doublesin’s April 2020 feature, ‘Conversations about suicide’) and I was so moved by her story, I suggested she expand it into an article. The result is our ‘Experience’ feature in this issue – Jean’s frank account of how she got through what she describes as ‘perhaps the worst situation a therapist can face’.

In this issue’s ‘Talking point’, five practitioners also share with refreshing honesty how the way they work has changed since they first started out. Many talk about letting go of a need to diagnose or apply labels or techniques and a growing confidence in simply sitting with ‘not knowing’. One describes being ‘caught up in a place where insecurity meets arrogance’ when she started out. Another recounts a shift from being very practical and goal-focused to viewing every therapy session as a creative encounter, while another’s development took a curve from person-centred to a more solution-focused approach.

And don’t miss our cover feature this issue. ‘Why pronouns matter’ is Luan Baines-Ball’s account of their name and pronoun change and the process of sharing that with clients and supervisees. Luan suggested we publish the article to mark International Transgender Day of Visibility on 31 March, an annual event dedicated to raising awareness of discrimination faced by transgender people worldwide. Their aim is to help therapists understand why it’s so important that we respect a client’s choice of pronoun, even if it takes effort to remember. As Luan says, every time they are misgendered, they are ‘rendered silent, soaked in shame’ and ‘feel erased’. Their article is our ‘Best practice’ feature.

As well as the BACP members who have contributed to this month’s magazine, I would like to thank the Therapy Today team and the BACP staff who support us for once again going the extra mile to produce this issue, which I hope has something to offer every practitioner. Spotlight: Meet your board

Who are the Trustees – new and old – who are working hard on your behalf on the BACP Board? Therapy Today, March 2021 The big issue: Mapping the future

Open article: Catherine Jackson explores the historical context of today’s SCoPEd initiative and what it can teach us. Therapy Today, March 2021 Midwife for the dying Making love to your data

'Therapy gave me a greater sense of purpose’

All change: How have you changed as a therapist since you first started?

How much supervision is enough?

Jonny Ward, the Anxious Fireman, speaks for himself 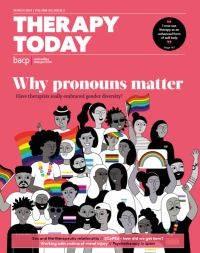