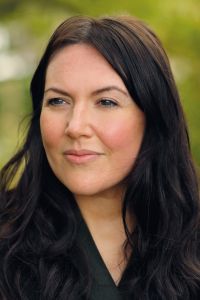 Katy Wix is a Welsh actor and writer. She is best known for starring in the Channel 4, BAFTA-winning Stath Lets Flats, BBC One’s Ghosts and Channel 4’s Taskmaster. Delicacy, her memoir about body image, loss and mental health, is published by Headline.

I turned up 15 minutes late to my first session. When the therapist tried to discuss this with me, I became defensive and angry: ‘Why is she talking to me like a child? Doesn’t she realise the effort it took to get here? Isn’t she meant to be nice to me?’ That morning I had been lying in bed in a small, overpriced room, not wanting to go and feeling too depressed to move. It was miraculous that I was even there. I wanted to leave but decided to stay out of politeness. I sat on the therapist’s beige couch, hugging a cushion, staring at the floor and saying very little, until the session was over.

I don’t know why I returned the following week. Every decision was made in a haze of unhappiness back then. I was 27 and had just moved to London. It was an exciting time as I was starting to get acting work, but I wasn’t used to living in London and it was overwhelming at first. I had very few expectations of what therapy would do for me. I had lived with depression for so long that I had completely normalised it as a way of life. The reason I finally decided to try therapy was because I was in so much pain and I didn’t understand why. I ended up staying for 10 years.

The cushion remained between us for the next few months. I would come in, sit down and immediately place it in front of me, like a shield. I felt shy and inhibited in front of her to begin with. When I spoke, it felt like a confessional in which I was about to be told off. It took me a long time to fully relax and trust her. When I did, we began very slowly to unravel some of my unhappiness. I was in the grip of an eating disorder and I had also just survived a major car crash and I had complex PTSD around that.

After about a year, the cushion travelled from my lap to next to me, on the sofa, just within touching distance. I began to make more eye contact with her. She made it OK to feel what I was feeling.

Before going to therapy, I thought it would be like going to a doctor – just speaking with a detached professional who would prescribe something for you or tell you what was wrong with you. I had no idea that our connection and what passed between us in the room was a key part of why the therapy was working.

Next in this issue... Chronic pain is created in the brain, and therapists are playing a role in helping people manage it, says Neill Bartlett. Therapy Today, May 2021

I hadn’t wanted to connect with her at first. The intimacy felt like too much. All I remember about being behind that cushion was the anger and the fear that, if I didn’t contain the anger, it would destroy me.

But it was a powerful experience to see myself reflected back to me through her eyes. The relationship began to feel more equal and adult. I started to see her humanity, and not just think of her as a therapist.

A few years in, we reached something of an impasse. It felt like a battle between my relentless pessimism and her relentless optimism. Things finally began to shift again when I could absorb some of her compassion and positivity into my own thinking. I began to believe her. That’s one of depression’s tricks – it always feels as though your depressed mind is telling the truth. I started to see that it might be lying.

I think some people go to therapy because they want support. I don’t think I wanted support as such; I wanted to completely change. I wanted to be someone else, such was the level of my self-rejection. The paradox was that, once I stopped trying to change, I did change. I’ve left therapy a very different person, one who can accept herself.

I recently started going to therapy again. Now that I’m older, the issues I’m dealing with feel very different to the ones I faced at 27. But there are also the same recurring themes that show up, all the time. I suspect I’ll be working on those all my life. Therapy has become another thing I do to look after myself and to be responsible for my own happiness. 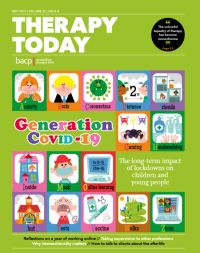