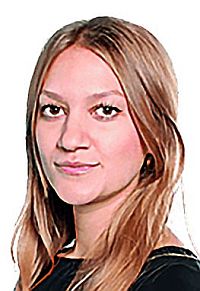 Jenny Stevens is a journalist who has written about her experiences of mental ill health and an eating disorder for The Guardian, where she is a commissioning editor.

Before the pandemic, I was on antidepressants, working on getting slowly better from an eating disorder, managing depression and anxiety and the voices that yell or chatter – depending on the day – telling me I’m a failure, that I should stop breathing, that my friends and family hate me.

Taking my meds significantly reduces the stretches of time I spend stagnant, gripped by blackness and staring at my bedroom ceiling. They give me the fight I need to do weekly talking therapy, which in turn gives me the fight to get on with the job of living.

However, the pandemic unsteadied me, as it did everyone. The bad voices became clearer and louder as the world became more viscous, confusing and frightening. I barely slept, and when I did, my dreams started to seep into my reality. My mind was fraying.

My therapist referred me to a psychiatrist, who suggested an additional medication. ‘But I want to reduce my meds, not take more,’ I said. ‘Why?’ was his exasperated reply. No matter how irrational I knew this was, I somehow felt that I should.

I have suffered with mental ill health since childhood, not helped by a period of homelessness at a young age, and have been on and off antidepressants since I was a teenager. By the time I was admitted to the Maudsley Hospital’s eating disorders unit in London in 2018 at the age of 32, my feelings about meds were raw. About six months before, I had been misdiagnosed by a psychiatrist and prescribed the maximum dose of a mood-stabilising medication with some uncomfortable side effects that took me a full year to come off. The psychiatrist at the Maudsley helped me taper off and encouraged me to try antidepressants, which I eventually agreed to after a serious episode of low mood.

By this time, I had been in treatment for around eight months, part of which was weekly one-to-one therapy with a therapist who was also a clinical psychologist. Being able to discuss my medication with my therapist was a novel but enormously helpful part of my treatment. I could talk about previous side effects and concerns, and was monitored closely. I had agency, choice and professionals around me who cared about me getting better.

I still see this same therapist weekly, now at a private clinic. Having this continuity of care has been vital for me. And so I trusted my therapist when, during the pandemic, things took a turn and she believed a referral to a psychiatrist was needed. The therapeutic toolkit we had been building together to keep certain thoughts and behaviours at bay was not enough for the more hostile and frightening turn they had taken. Photographs can be used as catalysts to enhance communication and insight during therapy sessions, says Paola Borella. Therapy Today, February 2022

My psychiatrist suggested a few different types of medication that would work with my antidepressants to help with the insomnia and heightened anxiety and what he called the ‘leaking’ between reality and fantasy – something extra to patch the frayed edges.

The difference became obvious in just a few weeks. I slept better at night, I felt the warmth of the sun on my face, I knew when I was awake. I was out of bed and dressed and back on the ground.

There is so much stigma around medication, which only flourishes when patients are not listened to, are fobbed off or left to flounder with just a prescription and no follow-up – as I was for most of my adult life. A lack of psychological support undermines the good work that medication can do. And, in the very worst of cases, it costs lives.

I do not believe my mental illness stems from a ‘chemical imbalance’; I believe it is due to a complex mix of social, cultural and internal factors that made me feel very unsafe and frightened in the world. This cannot be solved with drugs. It has been alleviated by years of hard work in therapy, accompanied by a long slog of learning self-care and compassion. The act of eating when you are anorexic and taking care of yourself when you think you are worthless are, at times, exhausting. Add to that external life factors – grief, injury, hurt, pain, instability – and that precarious balance of being well wobbles. It is in these times that I have found medication a helpful additional tool in keeping me well, sane and alive.

I do wonder what my life would have looked like had my eating disorder been picked up when it first manifested in childhood, and had I had the therapeutic support from the beginning. Would I still need medication? I cannot say. But I do know that I can only start from where I am right now. And from that place, today, the medication allows me a bit of a break when doing the work is hard. 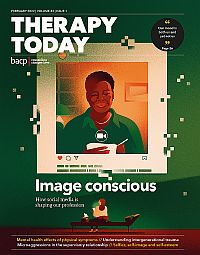