Abortion and mental health
Is abortion counselling up to the job?

Render unto Caesar
Can person-centred relating survive within training institutions?

The joy of not knowing
Introducing students to phenomenological thinking

Have you made a clinical will?
Guidelines for making arrangements before it’s too late 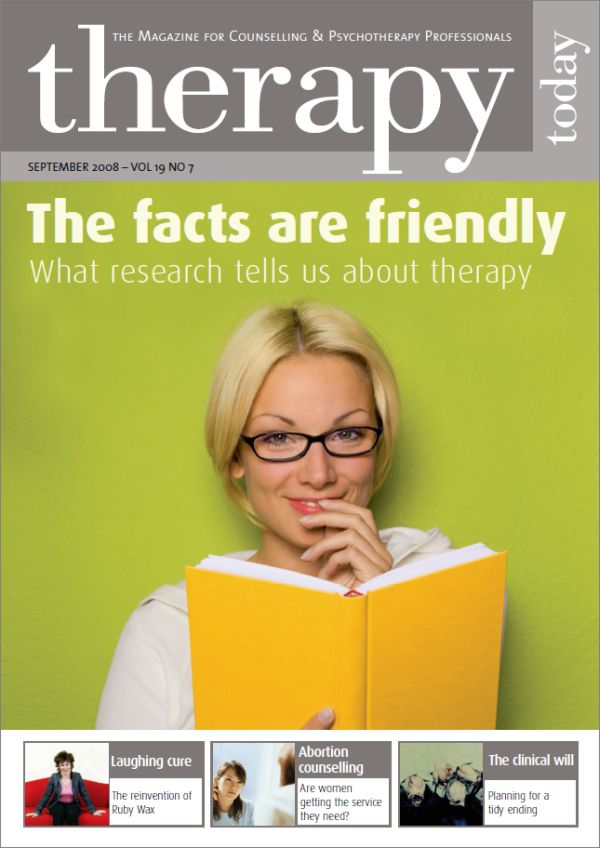 All articles from this issue are not yet available online. If you need a copy of any of the unpublished articles, please email bacp@bacp.co.uk.

The problem with counselling and psychotherapy research is that it remains largely inaccessible to most of us. Few practitioners are consumers of research, not only because research is often presented in a turgid and impenetrable way but because historically research has not played a big part in counselling and psychotherapy training. Of course attitudes towards research have started to shift dramatically in the current political climate as it has become clear that the very survival of some psychological therapies may depend on evidence of their effectiveness.

In this issue Professor Mick Cooper introduces his new book in which he aims to bring counselling and psychotherapy research alive for the non-researcher. If you’ve always thought that research was nothing to do with you, he demonstrates that it is unethical to ignore research by gently bursting a few bubbles: for instance, he tells us that 90 per cent of therapists put themselves in the top 25 per cent in terms of service delivery; and for those who think they know instinctively what their clients think about their therapy, he cites research that shows how clients have a tendency to withhold negative feedback from their therapists. But the good news is that there is already a vast body of research which supports a range of psychological therapies other than CBT. And whilst there is a lack of controlled trials for non-CBT therapies, Mick points out, greater evidence of effectiveness is not at all the same as evidence of greater effectiveness.