I sometimes wonder whether the university counselling and wellbeing service shouldn’t be renamed ‘The learn-to-be-compassionate-to-yourself-and-others-because-life-is-tough’ service. Perhaps not: it is rather a mouthful. And yet the need to learn self compassion, and compassion for others, is a theme which runs through virtually all the work I do with students, whatever their presenting issue.

University counselling services are experiencing an unprecedented rise in numbers of students looking for help. When I started work in HE as a counsellor, around 1997, vacations were usually quiet periods when reflection, planning, even dreaming could take place. Even during the pre-exam period, there were never any lengthy waiting lists. Those days now seem a distant memory when, even in August, we carry a waiting list of students, anxious to be seen.

This surge in demand seems to lead to two main theories as to what drives it. First, that young people are becoming more and more lacking in resilience – unable to cope with the ordinary demands of life that their parents (and especially grandparents) would have stoically coped with. Secondly, that life is just more demanding now – for example, the incessant testing at school, the competition for well-paid graduate jobs that are becoming increasingly hard to find,1 and the financial insecurity and difficulty in finding a permanent home that seems to be the experience of most young people now – resulting in a prolonged road to financial and emotional independence. As usual, it’s unwise to insist that either of these theories is ‘the truth’. More likely, it’s a combination of both.2

Yet, hasn’t life always been tough? Relatives who lived through the Second World War are often bemused by the apparent emotional fragility of today’s young people, who seem to need propping up after the most minor of emotional distresses. And the surge in numbers seeking support from our counselling services does seem to suggest a lack of some inner quality that was present for previous generations.

I propose that that quality is compassion – for self and for others. Partly, I think, this is due to the decline of any meaningful space, and very often too, of meaningful, close relationships where vulnerability can be revealed, empathised with, and contained. Although far from perfect, organised religion for previous generations may have at least provided a narrative of forgiveness, which implies an acceptance of imperfection. Now, online social media as channels of communication often seem to be slanted to an envy-provoking display of achievements, latest acquisitions, places visited, and, worryingly, inappropriate sexual display.

I often see a look of complete puzzlement and bemusement pass over clients’ faces when I first mention the concept of self-compassion to them. It seems to be an alien concept, more akin to weakness and softness, something that would, potentially, undermine hard-nosed competitive achievement. And yet, when I unpack the concept, and particularly when I make explicit the link between compassion and an understanding of the fragility of the human brain – and especially the way in which our emotions are so easily dominated by the ‘reptilian’ brain with its easily activated ‘threat’ system – a light begins to dawn.

Capitalist societies, untamed by any meaningful narrative of compassion, have become cut-throat environments in which to live. Values such as kindness, modesty, contentment and patience can easily be dismissed as irrelevant to the unstoppable drive to achieve, produce and be more. And I believe there is a real risk that higher education itself has been co-opted into a ‘survival of the fittest’ mentality that suggests there is no room for the unsure or the unconfident. The pressure to ‘be’ so much more than I ever felt the pressure to ‘be’, at the age of most undergraduates, is intense. Looking at photographs of myself and peers aged 18, 19 and 20, I see unpolished, very young-looking, duffel-coated teenagers, whose idea of fashion rarely went further than a local army surplus shop and who perhaps had a camping holiday together during university vacations. When I meet my clients today, they often look amazingly buffed and polished, and use the latest very expensive smartphones and computers; and instead of a camping holiday, they have not infrequently spent a gap-year travelling the world. Superficially they can appear to be so much more sophisticated and wordly-wise than I remember being at their age.

It seems that there is little room for or understanding of compassion in the modern world. A major consequence of this is that an unrealistic picture of what being human is and of what life should be like gets lodged in the mind, a picture which persistently undermines self-esteem, as the idealised version of self is compared with the reality. On some professional training courses, perhaps especially medical trainings, there can be a strong sense that expressing self-doubt or vulnerability is taboo, and this leaves students feeling ashamed of their all-too-natural insecurities and self-doubts as they strive to enter the adult world.3

We have ignored the truth that we are animals, not computers or robots, and that our reptilian, early brains exert powerful control over us. The main drives of this part of the brain have been called the four Fs: Fighting, Fleeing, Feeding, and… Reproduction.4 The first two of these drives are fear based and are easily triggered by changes in the environment, for example leaving home for the first time; by the competitiveness that inevitably arises in groups of human beings, for example new flatmates/coursemates; and by the status anxiety which results from our automatic upwards comparison.5 The other two Fs are easily overstimulated. There is no ‘enough’ switch in that part of our brains, and so our propensity for overconsumption of food (easy in an obesogenic environment), sex (many male clients talk about an uneasy interaction with online pornography, which acts like a drug on the brain),6 and ‘stuff’ in general, is very real. Without awareness of how these drives operate and ‘take over’, pushing individuals into primitive survival and acquisitive states, we can easily fall into despair and self-loathing at the intensity of our emotions as we encounter change, loss and frustration. This despair intensifies if we imagine that others – looking so smooth and perfect – are sailing serenely through life. As Armstrong so neatly sums it up: ‘In our target-driven, capitalist Western societies, we are more inclined to castigate ourselves for our shortcomings and become inordinately cast down by any failure to achieve our objectives and potential. It is a terrible irony that while many in the world are suffering from malnourishment and starvation, in the West an alarming number of women – and increasingly men – are afflicted with eating disorders that spring from a complex amalgam of self-hatred, fear, feelings of failure, inadequacy, helplessness and a yearning for control.’4

Educating students about the need for self-compassion, and why this is not a soppy, new-agey way of letting themselves off the hook, can be deeply empowering and liberating. Providing a clear overview of how our brains function, while recognising the limitations of our understanding of neuroscience, can provide a solid foundation upon which to build a mindful awareness of the reptilian brain at work, doing what it has evolved to do, and a greater ability to become more understanding of ourselves and, importantly, of others as we encounter them and their four Fs in operation. Mindfulness courses are springing up all over the place and I believe they have great value – with one important caveat: that mindfulness should not be presented as an end in itself, but as a way of developing compassionate thinking and behaviour so that we can engage with ourselves and the world around us, with a deeper appreciation of each other’s innate vulnerability and need for nurturing. Mindfulness enables us to use the higher functioning brain to observe the more primitive brain – the ‘Monkey mind’ as Buddhists refer to it – at work, driving our insecurities, our rages, our worries, our anxieties. And as we become better at ‘catching’ this part of our brain at work, so we are more able to step back from it, and accept without self-denigration the fear-based, relentlessly acquisitive, highly sexual part of our minds, without being so driven by it, even if only some of the time.

We may at times be tempted to wring our hands with a sense of helplessness as demand for our services rises year on year, and wonder what we can do to instil a sense of resilience within young people. An emphasis on the need for compassion may be an essential antidote to the demands of society, and the fear-based operation of our reptilian brains. This is a skill that lends itself well to being considered in groups, such as the Mindfulness and Self-Compassion group we run, termly, here at the University of Birmingham. I have seen that as students become more aware of their own innate strengths and vulnerabilities, deeper self-acceptance can grow, along with greater tolerance and understanding of their peers. As always, awareness is the key to meaningful change: even a small step towards developing self-compassion seems to unlock a new way of being and thinking that can truly lead to greater resilience and an ability to withstand the many inevitable ups and downs of student life.

Dr David Mair, MBACP (Snr Accred), is Head of Counselling and Wellbeing at the University of Birmingham. He has worked in HE for over 20 years, first with international students, and then in a variety of counselling roles. His particular interests include the needs of LGBTQ students in HE – an area he explored in his doctoral research; issues affecting international students’ mental health; and mindful approaches to wellbeing. david.mair@bacp.co.uk 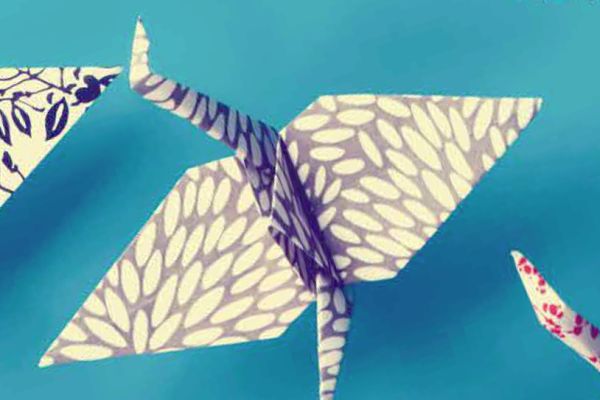 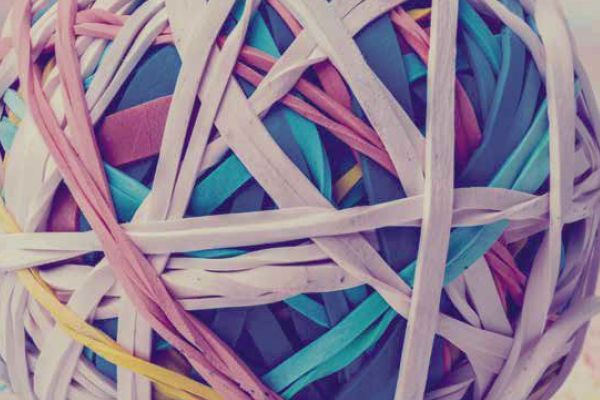 No man or woman is an island

Open article: Anne Ford describes how the use of peer support can promote connectivity, emotional intelligence and wellbeing in students. University and College Counselling, May 2015 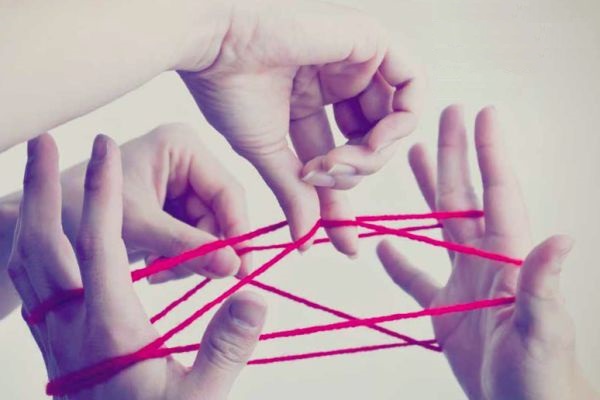 The tyranny of waiting lists

Open article: Louise Knowles describes how she found a way of operating a service without one. University and College Counselling, March 2015