The family of a geneticist who blogged about living with Parkinson’s say they are proud that his words continue to inspire people almost five years after his death.

Dr Jonathan Stevens wrote extensively about his everyday experiences to provide advice, information and inspiration to people with Parkinson’s and other long-term illnesses.

Jonathan’s blog has been viewed more than 92,000 times and his brother Chris says it is a source of pride to his family.

“He really loved helping people and his blog keeps his legacy of helping people alive,” said Chris. “He found writing it empowering, being able to help other people when he was under the cosh.

“There is a lot of information that is helpful, not just for people with Parkinson’s, but for a lot of different illnesses and mental states.” 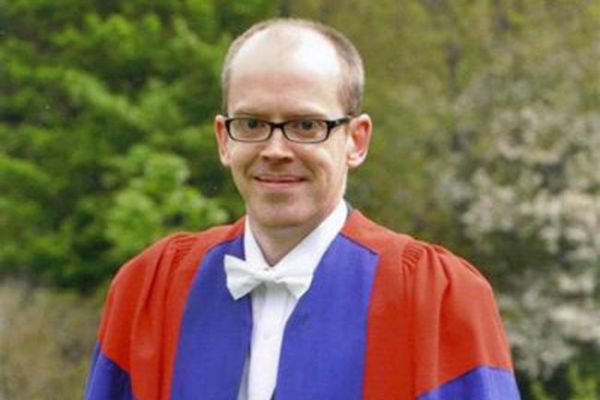 Jonathan, who studied Human Genetics and Biology at Oxford University and worked in medical research, was diagnosed with Parkinson’s when he was 33. He died in December 2013 aged 34.

His blog covers a wide range of topics, including the positive impact that counselling had on him and the wider benefits of therapy.

He wrote: “I met a brilliant private therapist who has offered me the tools and strategies to reassert myself in the face of Parkinson’s.

“I believe all sufferers and their families, from the moment the possibility of Parkinson’s is raised, should be offered therapy.”

He added: “Don’t dismiss therapy because it can’t eliminate the fact we have Parkinson’s or the decline we are facing.

“But taking tablets also doesn’t offer a cure so why do we take them? Obviously to reduce the impact of the disease.

“Therapy is designed to do the same but in a much more personal and empowering way.

“The best therapy gives you the tools to be your own therapist. You can’t think yourself cured but you can think yourself to a better, more productive and helpful emotional relationship with Parkinson’s.”

Chris’s wife, Erin, is a BACP member and part of the BACP’s older people expert reference group. She said: “When he was diagnosed with Parkinson’s he had to find space for himself within the disease and that’s why he turned his hand to blogging.

“He really loved helping people, that’s a theme of his life, and he found that he was able to do that with the blog.

“He lives on in a way with his blog and he is still able to help people. He would have been proud of that and we are very proud of that.”