Hundreds of people affected by terror attacks have been left without mental health support to help them deal with the trauma they experienced.

The first ever nationwide survey of survivors of terror attacks found many had to wait for more than a year for NHS support, including counselling.

Some paid for private treatment as they could not cope without the help any longer.

Victims, including children, who were injured, bereaved or caught up in attacks in Manchester, London and abroad, were left with post-traumatic stress disorders and some were unable to sleep, eat or were even left contemplating suicide.

The survey was carried out by Survivors Against Terror,  which has delivered a report and an open letter to 10 Downing Street today calling on the Prime Minister to do more to help those caught up in terror attacks.

“This incredibly saddening and worrying report highlights the shocking inaccessibility of mental health services to the people who need help the most. The situation must improve.

“Services such as counselling must be available to everyone in need. There must be a consistent approach to ensure timely and appropriate interventions are available across the four nations of the United Kingdom. People caught up in traumatic events, such as terror attacks, who have already gone through so much should not face a further ordeal of waiting for treatment. 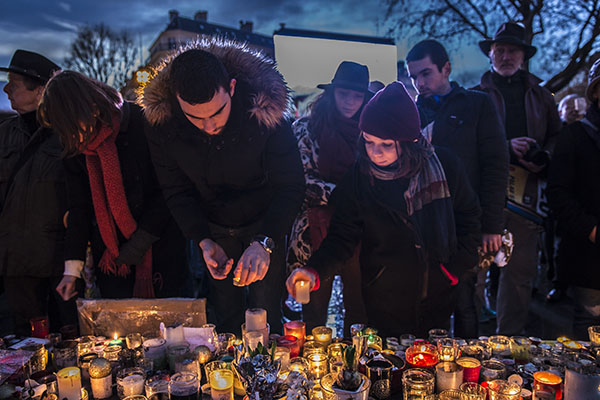 Tributes are left for victims of a terror attack. Image: iStock.

“We know counselling and psychotherapy can help people to move forward in their lives after experiencing this type of trauma. Counselling can change people’s lives at a point where they may think they have no future. Many of our members have specialist expertise to help in exactly these circumstances.

“Trauma is treatable. It is time to make sure people have access to that treatment and that they know where to find the professionals who can help them.”

More than three quarters of the 271 survivors of terror attacks who responded to the survey said they believed mental health services require improvement.

Three quarters of those believed the improvement needed should be “dramatic.”

If you want to seek advice or help following a traumatic experience, you can find a BACP counsellor or psychotherapist via the BACP’s Therapist Directory.