Children and young people may be feeling lonely because of a variety of circumstances – and loneliness can take many different forms, a BACP member has said.

Counsellor Sue Pattison also said young people sometimes think they are lonely, when it may actually be another issue, such as depression or grief.

She spoke as a new report by the Office of National Statistics (ONS)revealed that 11.3% of children aged between 10 and 15 said they were “often lonely.”

“I think that with older people there is this stereotypical idea of a person alone in their home or accommodation, not getting any visitors or having any interaction with other people. 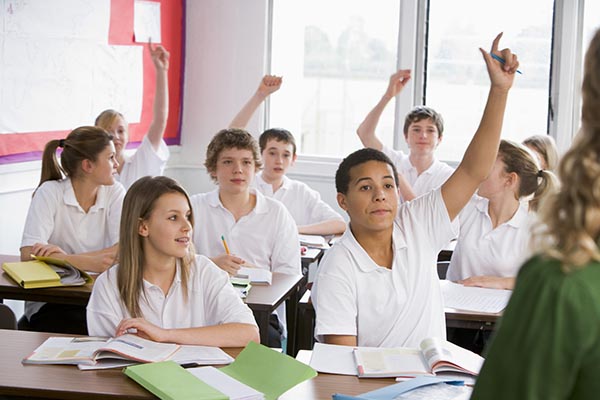 About one in 10 children aged between 10 and 15 said they were “often” lonely, a new report reveals.

“It may be that children or young people are around other people, but that they have no one they feel they can talk to. Often loneliness is feeling as if you are not like other people; that you are different. That could be the child who is really studious, the teenager who wears different clothes or not as much make-up, the student who is being bullied. They may all be feeling lonely, even if they are around other people. The transition to secondary school can be hard, as often children are not moving schools with the same group of friends and they begin to feel lonely.”

When Sue is working with young people who say they are feeling lonely, she explores what underlying issues might be related to this.

“We talk about their family circumstances, their home environment, school, what they do with their time.

“It may be that everybody in their family is so busy, nobody is really talking to each other. As a family, they may not have meals together.

“I want to talk with them about their face-to-face social contacts. They may have lots of friends on social media, but it really needs to be about somebody being there.

“Sometimes they actually need to be a little more assertive, and to say what they want to their family. Maybe their parents don’t know they are feeling this way.

“One of the things I get young people to do is to describe their loneliness problem. It might actually be part of a more complex problem. We actually don’t need to work on the loneliness but on the other issue, such as grief or social anxiety.”

The ONS figures also showed than 9.8% of young people aged between 16 and 24 years old said they were “often” lonely.

Nearly half of men in this age group reported that they “hardly ever or never” felt lonely, compared with 32.4% of young women.

Dawn Snape, Assistant Director, Sustainability and Inequalities Division, Office for National Statistics, said: “This is our first ever report on children’s loneliness, part of work we are doing to provide insight into this important social issue that can impact on people’s health and well-being.

“We’ve looked at how often children and young people feel lonely and why. An important factor is going through transitional life stages such as the move from primary to secondary school and, later, leaving school or higher education and adapting to early adult life.”

If you want to seek advice or help you can find a BACP counsellor or psychotherapist who specialises in children and young people via our Therapist directory.