More than 1.5 million people in England are struggling with a ‘vicious cycle’ of spiralling debt and mental health problems, according to new research.

People with mental health issues are 3.5 times more likely to be in problem debt than those without mental health problems, the study by the charity Money and Mental Health Policy Institute revealed.

The research found the link was even stronger for certain conditions, such as Obsessive Compulsive Disorder.

It also revealed nearly half (46%) of all people in problem debt also experience a mental health problem.

We’re backing the charity’s calls for the government to use its upcoming Consumer White Paper to ensure people with mental health problems get a fairer deal from essential services like banks, energy or broadband providers – and more protection from aggressive debt collection practices.

Last year, we also joined the charity in calling for the Government to change 34-year-old legislation around lenders’ letters, that is contributing to the mental health issues of people in problem debt.

Martin Bell, BACP Head of Policy and Stakeholder Engagement, said: “These shocking statistics show the scale of the link between mental health problems and spiralling debt. Action has to be taken to address this widespread problem.

“Services and companies should be working to support their most vulnerable customers, rather than threatening them or penalising them because they are facing mental health problems.

“People in debt can feel isolated, vulnerable and not know which way to turn. We want to stress that people in debt are not alone. There is a lot of help available, from debt advice to mental health support, including from our trained BACP counsellors.” 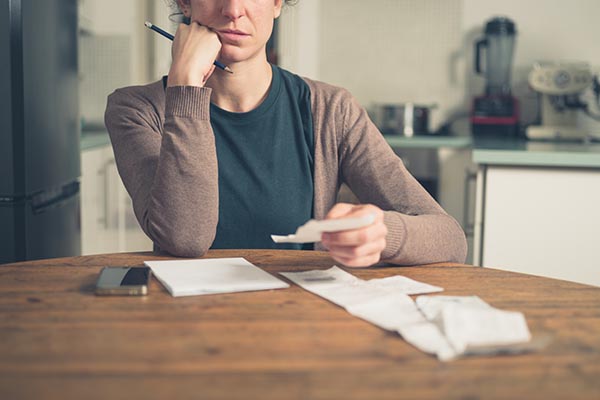 Nearly half (46%) of all people in problem debt also experience a mental health problem, the research revealed.

People with bipolar disorder or depression are around five times more likely to have problem debt.

The research was based on analysis of new national data from the Adult Psychiatric Morbidity Survey, a nationally representative survey of over 7,500 people across England.

Helen Undy, Chief Executive of Money and Mental Health, said:  “When you’re struggling with your mental health it can be much harder to stay in work or manage your spending, while being in debt can cause huge stress and anxiety – so the two issues feed off each other, creating a vicious cycle which can destroy lives. Yet despite how connected these problems are, financial services rarely think about our mental health, and mental health services rarely consider what’s happening with our money.

“The government has an opportunity to use its upcoming Consumer White Paper to introduce minimum standards that people with mental health problems can expect across essential services like energy and banking, to ensure that they get a fair deal. That should include help to avoid problem debt, and better protection from aggressive debt collection practices when it does happen.”