More than a third of young carers have experienced problems with their mental wellbeing, according to new research.

The study published by Carers Trust to coincide with Young Carers Awareness Day (31 January) revealed 37% of the country’s young carers felt 'stressed' because they are caring for someone and 32% feel 'worried'.

For BACP counsellor Ros Sewell these figures don’t come as a surprise.

She’s seen first-hand how young carers lives can be dominated by this full-time role, which can affect their school work, friendships, emotions and mental health.

But she also knows how counselling can help young carers; offering them much-needed support and a chance for their voice to be heard.

“A lot of these young carers have the weight of the world on their shoulders all the time from a very young age.  It’s very difficult and they can feel very isolated,” she said.

“There is often this acceptance of what they do, they talk about their lives in a very matter-of-fact way. It’s as if this is the most natural thing in the world to be caring for a parent, looking after a sibling and taking them to school, doing all the housework.

“For us, as counsellors, it’s about helping them become the centre of their lives again. It's often all about someone else's needs, rather than their own. It’s important for them to put their feelings first for once, and talk about how they are doing.  A counsellor is there to listen to them, make them the centre, value them and their feelings. That can really help the young people to value themselves more, and make different decisions.”

Some 22% of young carers responding to the survey, who had negative feelings about caring, said they did not speak to anyone about their feelings.

Only 6% said they would speak to a professional working in mental health services.

There are about 800,000 young carers aged between 11 and 18 in England, who give up their time to care for a parent or relative. 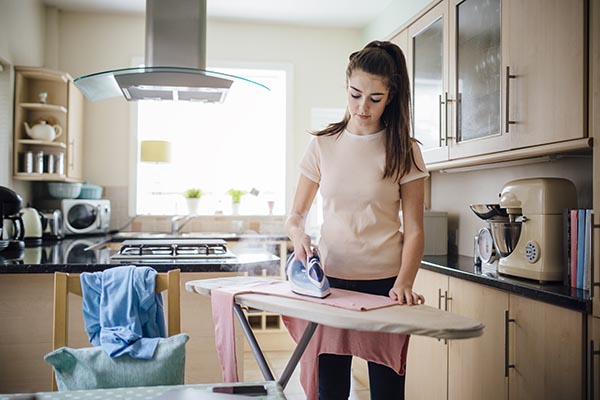 Ros is one of the leads at Here4You, a counselling service across four schools and colleges in London run by the Metanoia Institute.

She said that sometimes counselling is the first time a young person admits that they are caring for a family member.

“Sometimes young carers will self-refer for counselling as they know they have a lot on their plate and they need to talk to someone.

“But other times it is uncovered during counselling. Perhaps, their teachers have noticed that something is going on, that the child is struggling at school, they are always late or haven’t had time to do their work, and it only emerges during counselling that they are a young carer.

“For us it is about making sure they have enough support, but also just being there so they can talk about it and how they feel about it. It’s about having another perspective on their lives.

"We can’t change the situation that a parent is ill or needs care, but we can help the child find a way forward.”

If you want to seek advice or help about children’s and young people’s mental health issues you can find a BACP counsellor or psychotherapist via our Therapist directory.