Steve Mitchell lost his father just 45 minutes after hearing he was very unwell.

Raymond’s death of suspected Covid-19 in April left Steve with the sense of a lack of control over how he felt.

His grief over his father’s death was further complicated by the fact that every day he faced a daily onslaught of news stories about the pandemic.

It was connected to something that was affecting millions of people’s lives across the world.

And it happened just a year after Steve’s mum Angela had also died.

Speaking to a bereavement counsellor has helped Steve in many ways – and given him a time and a place where he can focus on his relationship with parents and his own self-care.

“There have been some real breakthrough moments in counselling that have come out of natural conversation,” said Steve. 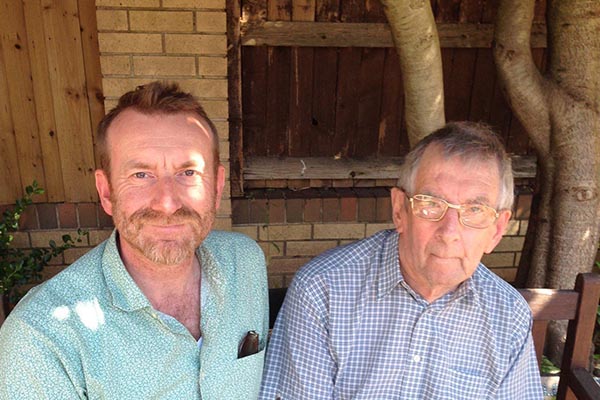 Steve and his dad pictured in 2018 on Raymond's 85th birthday

“As I go on this journey, I’ve learnt that it’s not about solving or resolving.

More in control of how I feel

“It’s put my mum and dad at the centre. It’s given me permission to look after myself.”

Raymond’s death, at the age of 86, happened six weeks after Steve had last seen him at the care home in Leeds where the pensioner lived because of dementia.

Two days after that visit, the home closed the unit to visitors because of the onset of the coronavirus pandemic.

Steve said: “Dad’s death was really fast. It was just unbelievable the rate at which everything had happened.

“On the afternoon of April 20, I got a call from one of my sisters that she’d been alerted by the care home that dad was very ill, and they weren’t going to move him to hospital.

“Within 45 minutes of that call dad had died.

“My first emotion was just raw anger.  I thought dad had been let down by everyone.

“It was around the time of the peak in cases, about Easter time. The daily numbers were just horrific.

“After dad’s death I had a difficult relationship with the care home. That – coupled with the daily briefings and everything else that was happening at the time – made it very, very hard.

“It was something that was permanently there, because the entire country, the entire world, was being affected by the pandemic.”

Steve explained that his father has pneumonia and not Covid-19 listed on his death certificate.

But he said a clinician he spoke to on the phone just minutes before his father passed away, told him his dad had the symptoms of the virus.

As a trustee of Treetops Hospice, based in Risley, Derbyshire, Steve knew they offered grief counselling.

The hospice is one of BACP’s organisational members and offers one-to-one sessions, online or face-to-face with its team of highly qualified bereavement counsellors to people living in the Derby and South Derbyshire area.

He lives within the catchment area for the service they offer, and so signed up. After a few weeks on the waiting list he had an assessment and then his first online counselling session via Zoom.

“At the very first session speaking to my therapist, she almost liberated me from some of what I was feeling. She helped me readjust,” said Steve.

“She encouraged me to make sure dad was at the centre of what I felt. That helped me enormously. It helped me focus on what was truly important to me, amidst the wider anger I felt about what was taking place.”

For Steve, the counselling also made him realise that much of what he felt wasn’t just about his dad’s death, but also his mum Angela’s death a year before.

“It helped me realise that what I was feeling was absolutely locked into losing mum as well.

“We were there with mum right at the end, and with dad we didn’t have a chance to be anywhere near him.

“This wasn’t about two separate things. Knowing that has helped legitimise how I feel.”

He added that one of the biggest breakthroughs for him in counselling was understanding the relationship he still has with his parents.

“Counselling helped me to recognise that I have developed a different relationship with my parents now. The moment I realised that was a real epiphany.

“My dad is with me now, but just in a different way. I don’t just stop being a son.”

He says counselling has also taught him more about his own self-care.

Permission to look after yourself

“It gives you permission to look after yourself, to say no to things, to put your arms around yourself.

“’You have to fit your own oxygen mask before other people’s’, is a phrase my counsellor has used.

“It’s helped hearing that from someone else, it’s sunk in.”

His counsellor has also helped him with mindfulness, posture, body-scanning and breathing techniques.

Steve added: “I’ve got this very structured time and space which has become like the core focus of my week - to the point that I look forward to it.

“Before, I felt my feelings didn’t have a home. They were all over the place. I’ve taken back ownership of how I feel.

“I’ve got that space and time that I can focus on being a son of mum and dad.

“It’s not just about that counselling session, it has an impact on how I am over the entire week.”

He added that being able to speak openly to a trained professional, outside of his own circle of friends and family was important.

“I talk to my wife about everything. I’ve got close friends. But I needed someone who was outside all of that. I needed a professional.

“I instantly formed a good relationship with my counsellor.

“The dynamic of the world we’re in right now means these things have to happen in a different way. But talking via Zoom works.

“There’s a great sense of connection so I can pick up the conversation really easily a week on because of where we left it before.

“Previously I had no experience of or thoughts about bereavement counselling. But for me, it’s been nothing but positive. It can be hard work, and of course it’s a deeply emotional experience, but I look forward to each session, knowing how much it’s helping me.”

To find a bereavement counsellor visit our Therapist Directory. 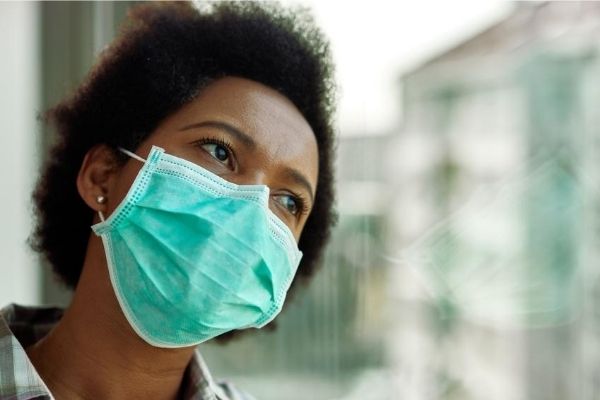 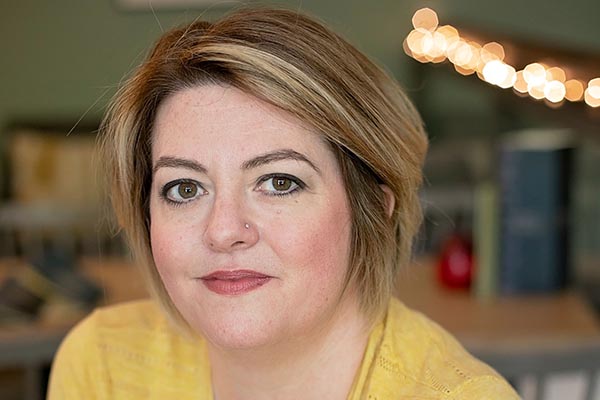