Launched in collaboration with NHS England, the campaign aims to ensure that all people, irrespective of age, can get the help they need, including access to counselling and psychotherapy.

Charlotte Lynch, Age UK’s health policy manager, blogs about the campaign and how our members can get involved.

"For many of us, later life can have its challenges. We are more likely to live with long-term health conditions as we get older; many of us are having to care for others, sometime ignoring our own health; and experience bereavement.

Crucially, with the right support, older people are just as able to recover from a mental health condition as anyone else.

Yet, as it stands, older people over the age of 65 are much less likely than younger people to be accessing talking therapies. And 85% of older people with depression are receiving no help at all from the NHS.

Age UK are launching the campaign with NHS England to challenge the misconceptions around older people’s mental health and ensure that all people, irrespective of age, can get the help they need.

Breaking down the barriers

Older people face multiple barriers when it comes to accessing support for their mental health.

Although stigma around mental health is reducing amongst the younger population, it can still be difficult for older people to talk about their mental health or speak out when they are struggling, for fear that they will be judged.

They may find it hard to recognise the symptoms of mental health conditions or not know what support is available. And they may not want to cause a fuss or be a burden.

We also know that ageist stereotypes stand in the way of older people accessing help, not least the perception that feeling low in later life is inevitable.

This view deters older people from seeking help, with many believing that depression is something they have to grin and bear.

It also means that some professionals do not refer older people to treatment like talking therapies, because they incorrectly assume that they won’t make a difference in later life.

Some health professionals even avoid mentioning mental health to older people during consultations because they think it will embarrass their patients. Yet the older people we work with us tell us they find it easier to talk about their mental health once their GP or nurse has started the conversation.

What are we doing about it?

We need to change the way we think and act around older people’s mental health. Not only are older people just as likely to benefit from talking therapies, but they are more likely than younger people to engage with the process.

It’s time to empower older people to look after their mental health and remove ‘it’s just your age’ from all conversations about mental health.

That’s why Age UK are launching a new mental health campaign today to support older people to look after their well-being; to understand the symptoms of mental health problems and to know where they can turn for support.

We are also working closely with professionals to bust myths about mental health in later life and ensure that older people are receiving fair access to treatment.

If you would like to get involved, you can:

Hear from Deborah Coombs, of our Older People Expert Reference Group, about making it easier for older people to access counselling services. 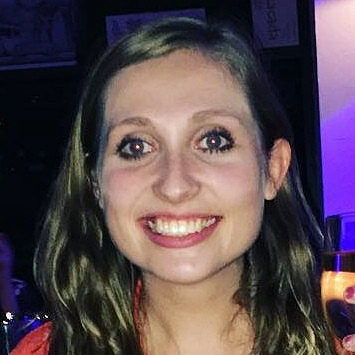