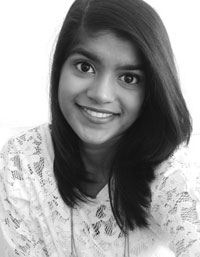 I'm a newly qualified integrative psychotherapist and member of BACP. As a Generation Z therapist, I'm passionate about supporting the unique mental health struggles of Generation Z and millennials in our changing world. Being an international student comes with its distinct challenges. I advocate for increased support from universities. My research interests include exploring the experiences of internalised racism amongst people of colour.

If you’ve been on social media, I’m sure you’ve come across the meme: If I had a British accent, I’d never shut up. Moving past the fact that there is no such thing as a British accent, have you ever thought about why some accents are considered attractive and others not so much?

From stereotypes associated with different accents to employment probability, a person’s accent significantly influences how they're perceived as an individual. This is something I’ve had to explore for myself and my community. For context, I’m Indian, and I was raised in Dubai around an Indian immigrant community. In Dubai, we would be referred to as expatriates, but I’ll leave the politics of immigrant vs expatriate for another time.

Naturally, my accent has sounded quite recognisably Indian, and I say this while acknowledging that all Indian accented English speech does not sound alike. In my late teens, I had already accepted the fact that the perceptions about my accent weren’t favourable. To this, the then trainee therapist in me would ask, “Where did you learn this?”

As the hosts of the podcast Brownsplain say, “The importance of accurate representation in the arts is often understated.” Like many people around the world, I grew up watching a fair bit of American TV. As recently as 2012, Ashton Kutcher did a crisps commercial in brownface with, you guessed it, an exaggerated Indian accent. South Asian representation in mainstream media has come a long way since then. However, what people don’t realise is that Apu Nahasapeemapetilon (The Simpsons 1989 – present) was the only prominent South Asian character for the longest time. Written and voiced by white people, Apu perpetuates every stereotype in the book. His exaggerated accent, along with his devious and goofy traits are what he is known for in the widely successful TV show.

Before you ask, no, I don’t have a problem with people doing accents in the arts. I just wish they came from authentic sources where the character showed a nuanced understanding of the culture they are representing. Jimmy O. Yang, when speaking about his role as Jian Yang on Silicon Valley, said, “My job as an immigrant Chinese actor is not to avoid the places with accents. It’s to humanise these people who do have accents, like myself 15 years ago and to make them sexy, to make them funny.”

But we can’t talk about foreign accents in the west without understanding the concept of code-switching. The broader understanding of the term now includes any behaviour of adapting to fit a new set of rules – and that is not limited to speech. Given that the dominant culture is white, whiteness is considered normal and legitimate, making people of colour more likely to code-switch.

When asked about code-switching and having a white voice, actor Muja Muhammad said, “American society has made Black people operate in that fashion because nobody asks white people to code-switch. They can be white in America, China, wherever.” White people rarely, if ever, feel this same pressure to adapt.

When I started my undergraduate degree, the people I was exposed to, diversified to a great extent. Since then, I’ve moved to the UK for my master’s degree, and I believe my accent has changed slightly – be it organically or through having to code-switch. What does my accent sound like right now? It’s hard to explain, but what I can say is that as I learn to challenge the concepts of code-switching and internalised racism for myself and my community, I've become increasingly confident in confronting the accent biases held by those around me.

As therapists, we need to work towards cultural curiosity and understanding that has meaning on an emotional and behavioural level, not just a cognitive one. Pragya Agarwal, in her book Sway: Unravelling Unconscious Bias details how it takes us less than 30 seconds to make quick decisions about someone’s ethnic origin, socio-economic class and backgrounds based on their accent. Furthermore, she writes about how we can be so focused on accents that it shapes our perception of the content of what is being said and often detracts from it. As we increasingly become conscious about the prejudices we hold based on race, ethnicity and gender in our work as therapists, it's paramount that we take a closer look at how a client’s accent impacts the process of therapy and their day to day experiences.

I believe the ultimate dream would be to live in a world where everybody is aware of their accent biases and willing to challenge them. But before that can happen, I hope we do more as a collective to humanise these accents that aren’t traditionally western.