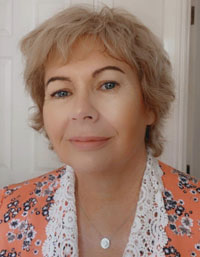 I have over 18 years experience working as an integrative therapist. As a therapist I've had the privilege of being a part of people’s life stories, often at times when they're at their lowest point. People I've worked with have experienced feelings of vulnerability, emotional and psychological pain, and physical and emotional trauma with symptoms of PTSD.

During my career I've trained in various therapeutic approaches. My work has often led to me working with traumatised clients; working with veterans and people who have experienced childhood abuse and sexual assault. One of the most challenging projects I was involved in was the Historical Institutional Abuse Inquiry held here in Northern Ireland, which investigated the abuse that took place in care-giving places.

I was recently involved with Kings College and Inspire, trialling a new therapeutic approach about the Reconciliation of Traumatic Memories (RTM), within the veteran community. This involved delivering RTM to clients who have experienced trauma and are suffering symptoms of PTSD.

Dr Lisa de Rijk delivered the training and supervised my colleagues and me, during the delivery of RTM (results will be published later this year).

During April 2022, I had the privilege of being part of a team led by Dr Lisa De Rijk, delivering RTM training to Ukrainian psychotherapists, psychologists and counsellors. Those attending the training via Zoom were either still living in Ukraine or had been evacuated from their homes in various locations within Ukraine.

Trauma transcends the barriers of language. My concern before the training, even though I knew all 28 therapists attending spoke a level of English, was that I wouldn’t be able to communicate and understand what was being said. Between us we worked and adapted our words to understand each other.

On the first day of training I saw 28 tired and weary faces on my screen. I felt such admiration for each and every person who attended. We had 28 women and men of various ages living in a war-torn country where horrific atrocities are happening around them each day.

Why were they putting themselves forward? So they could help others process and heal from the traumatic events experienced and witnessed.

During one of the sessions the siren sounded to warn of a bomb attack. The lady in Ukraine at first refused to leave the training.

I remembered my own experiences of living in Northern Ireland during the conflict; when the bomb warnings sounded and we were told to leave shops, etc, then feeling irritated by the disruption to whatever activity I was engaged in at the time. I believe, like me, this lady had become numb to the danger - normalising the warning and weary of the constant disruption. Now I recognise this is survival, to remain in fight or flight mode in prolonged war situations or like my own experience, the Troubles, which was mentally exhausting. I adapted, and normalised, my situation in order to survive. Let me reassure you she did go to safety and completed the training.

Did being part of this team come at a personal cost? Truthly, yes; I was physically and emotionally exhausted at the end of the training. At the same time, I felt so humbled and privileged to be part of something I believe will help others heal from their trauma. The sense of purpose and fulfilment outweighed any tiredness.

The 28 tired and weary faces who appeared on screen that first day smiled and laughed as they waved goodbye on the last day. These therapists, days after receiving their training, are delivering RTM to those people suffering in Ukraine.

Again, I say trauma and pain transcend language. Empathy, connection, relationship and a passion to share our therapeutic learning and skills do find a way to communicate.

A quote from Charlie Mackesy, I feel, says it all:

"Sometimes all you hear about is the hate, but there is more love in this world than you could possibly imagine."