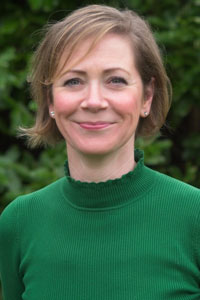 I'm a BACP registered integrative therapist, based on the Wirral. I'm particularly interested in how the natural environment can support our healing and growth, working with issues such as depression, anxiety, self esteem and confidence. www.theroundwindow.co.uk

I recently came across this word and my initial response was of bemusement. Having no idea what it meant, I had to Google it:

I’m curious what your response to the word is. Is it similar to mine, or do you move towards feeling not OK with this word? I remained feeling OK, but then I feel comfortable with and enjoy the written word. However, I can still feel intimidated by words and the seriousness which I perceive them to convey. I can move between feeling OK and not OK because of the words used. And yet, words are really only sticks which point to something. They can only go so far in describing our experiences.

Consider the words 'mental health'. They still have stigma attached to them, potentially invoking fear and shame. What comes to your mind when you hear them? Is it an illness, a frightening problem? Or is it more about the up's and downs of life, something we all have. Perhaps your view is somewhere in the middle?

How does it feel when you read the above statement written as this?

They felt so down they’d turned away from friends and family.  They were exhausted because they weren’t sleeping. They were caught in a vicious circle which made them feel more depressed.

The words in the first statement are an example of more formal language. Of course, formal language has its place. While I don’t wish to trivialise the knowledge that comes from years of medical training, my point is this: words are powerful and need to be used with care. Words can cause us to feel OK or not OK. When we’re talking about people’s mental health, this is particularly so. While we’re seeing improvements in the way mental health is talked about, our discourse around it is still steeped in medical terminology. And medicine, as a discipline, uses formal language.

The way in which we talk about mental health is so important.  Our words are like sticks, pointing at something, describing an experience; they're not the experience. What we’re describing when we’re talking about mental health is a human being and their suffering; we’re talking about how OK or not OK someone is feeling. However, often we’re describing their suffering by pointing with a stick which is steeped in formal language. If we’re using sticks to point at someone’s experience, we don’t want to be inadvertently poking them. If words can cause us to feel not OK, perhaps it would be helpful to be mindful of the power of the words we use?