Our networking events provide opportunities to meet other practitioners interested in exploring the relationship between spirituality, belief, faith and religion and their therapeutic or pastoral contexts.

These structured yet informal ‘counselling with spirit’ meetings are practitioner-led and provide a place where you can share learning, questions, ethical and practice-based concerns in a spirit of openness and enquiry.

All meetings are currently taking place on Zoom and are limited to 20 places. You don't have to be a member of BACP Spirituality or BACP to attend a network meeting.

The West Midlands network group meets three times a year, usually in January, May and September

The North East and Yorkshire network group meets three or four times a year, usually in April, August and December On-demand - Working with soul: Creating a trellis for spirituality in therapeutic practice

Have you wondered about how best to recognise and validate the presence and importance of spirituality in your therapeutic practice? Perhaps you are keen to develop ways of working with spiritualities within the wider landscape of Equality, Diversity and Inclusion? 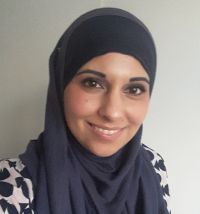 I am a BACP accredited counsellor, therapeutic coach and qualified supervisor, working in private practice, under my organisations ‘Myira Khan Counselling’ and ‘Grow To Glow’. I also deliver workshops and events internationally and am a regular speaker and facilitator at national conferences. In 2017 I helped establish the Leicester Centre for Psychodynamic Counselling, which offers counselling, counselling training and CPD workshops.

I'm the founder of the Muslim Counsellor and Psychotherapist Network (MCAPN). MCAPN connects Muslim counsellors, therapists and psychologists, via networking, events and CPD opportunities and raises visibility of Muslim practitioners via their counselling directory.

I was a Trustee of BACP from 2016 to 2019. As a role-model, Muslim and East African-Asian counsellor, supervisor and coach I represent diversity within the profession and promotes counselling to minority and marginalised communities, to break the stigma of mental health and therapy. I was awarded the Mental Health Hero Award in 2015.