I was closely watching the tragic events following the terrorist attacks in Paris in November and thinking how shocking these events were. I remembered attending a Queen concert in London’s Hyde Park just two days after the 7/7 tube bombings. We’d taken the tube and it was eerily silent and unusually half empty, with anyone carrying a rucksack instantly treated with suspicion. I recall thinking that out of principle we should carry on and not kowtow to the terrorists. The biggest cheer of the night was after the one-minute silence when Brian May said that London would not be beaten by the terrorists.

And, here we are again. I started writing this article while on the Eurostar, speeding towards Paris, less than a week after the attacks – which, not surprisingly, was also half empty and the atmosphere subdued. When I got the call to go to Paris, my thirteen-year-old daughter became quite anxious. She wanted to be close to me and cuddle longer than usual when I said goodnight; she talked of having a terrible fear in her stomach that something bad was going to happen. I talked to her rationally about all the reasons why Paris was safe, given the enormous number of police and army troops, but underneath I was aware of my own sense of unease.

Preparing for the trip I’d booked a hotel near ‘La Défense’, which is the business district in Paris. I dropped a note to a colleague who lives in Paris and he warned me to be very careful as apparently there were rumours that an attack was imminent. I thought of the new nature of the threat – multiple sites, heavy weapons, suicide vests and the randomness of death. The terrorists have evolved in their methods to a new brutality not witnessed before in the West. Even the standard French police did not initially have the capability to deal with this – automatic assault rifles versus a single shotgun; no wonder Paris needed the army to be mobilised. The police raid that later followed in Saint-Denis, a suburb of Paris, involved five thousand rounds of ammunition and so much damage occurred that the building was made potentially unsafe.

This is not the Paris that we normally think of. But it was why I was going: to provide post-trauma support for an organisation’s employees living and working in the city, whose normality had been shattered. I was relieved when the organisation agreed to fund two of us to attend the site, as this is good practice when walking into a group of people who have experienced trauma. As it happened, only one of us was needed and the funding for the second person was used for a repeat visit, but knowing that I was part of a team allowed me to share the load. I’m always clear that, although I’m a workplace counsellor, I need to be flexible in the way I deliver post-trauma support – attending to the practical concerns are just as important as the emotional.

My brief was to see staff members, some of whom were more affected by the attacks than others. Although none of the employees I was working with were present at the attacks that took place on Friday 13 November, they all lived nearby, they knew people who had been there and were facing the ripple effects about their own personal safety. Understandably, many had concerns about the day-to-day realities of their lives, asking questions such as: how should I travel to work? Do I go out? Should I eat at a restaurant out of defiance, or should I stay in? I was supporting British employees working in Paris, so they also had to respond to the feelings of their concerned families back home, and they were spending a lot of time updating people to let them know that they were fine, which added to their anxiety.

Strangely, I was aware of the transition I made myself, travelling from the UK to Paris at that time, feeling somewhat calmed by seeing life carrying on as normal – the cafés, bars and restaurants that were open, which offered a reassurance to me. I was determined that, while in Paris, I would travel by train and Metro, and I would go out to eat as usual. As it happened, the restaurant turned out to be packed, presumably full of people also looking for reassurance and the familiar.

I wanted to be able to connect with what it felt like to be a civilian in Paris in order to try to understand a little of what my clients were feeling and experiencing. I think it was a way of psychologically preparing for responding to others, listening and giving and extending empathy too. They did ask me where I was staying, and they understood that I was in the city doing something that they were having to do, too: getting on with life, moving around, travelling to work and travelling home again.

One of the most important functions of post-trauma support is to provide clear information about trauma which normalises people’s emotions and reactions – after all, they are usually having a normal response to an abnormal situation. Team support is also important so that the shared experience gives a sense of togetherness and shows that others also share in their emotional reactions. The sheer act of turning up for work and carrying on can be helpful for employees, given that it allows a sense of normality and structure, and it can also be a helpful distraction from the trauma of the events. However, there can be complications, especially if an employee’s work is implicated within the trauma itself, such as those professions involved with fighting terrorism: the police or other similar government agencies.

Offering trauma support is about holding people, but it’s also about holding the organisation, so that it can carry on and function. It’s about allowing people to talk about their despair, hopelessness and sense of horror at what’s happened. This work is not counselling and it’s not about a therapeutic hour either, but it’s really important and certainly uses counselling skills. It’s about what’s needed in the moment and it’s very immediate work. You can’t go with some fixed idea about what you have to do, because you need to be flexible, pragmatic and practical, and understand what’s needed at many levels, including emotionally and psychologically.

We used a small room and we agreed that no one could just walk in if the door was closed. The group were then very self-reliant in terms of how they organised who needed to come and talk. They seemed to have an awareness of how each of them was coping. Some staff just wanted to check in and acknowledge how they felt about the attacks very briefly, and others needed much longer. Many spoke of how, in the aftermath of the shootings at the Charlie Hebdo offices, Paris felt very different; people came together then in a large march. This time it felt different as the attacks were completely indiscriminate and every civilian was a target. I spent a lot of time listening to their concerns, as well as giving guidance on what was a normal reaction to an abnormal situation. People were really trying to work out what to do for the best, and we know that when people experience trauma, doing normal things does help, and so we talked about that.

The British are notoriously reserved, so giving permission to employees to talk about what happened is helpful, but not just to focus on the trauma for the sake of it. There was a lot of normalising and acknowledging the anger they felt, and an awareness that previous traumas could be awakened too. People were certainly alert, and jumping at the slightest siren going off. There was an understandable fear voiced: ‘Am I safe here in Paris, or at work?’, as well as the wider concerns they felt for friends and family back in the UK, who were really worried about them. They wanted advice to give to their relatives, because family and friends were worried watching the news at home, feeling more helpless and forming their opinions based on what they were seeing. People were looking for meaning and trying to make sense of these random attacks, which just didn’t make any sense.

It made me think of a quote used by the writers Sue Santi Ireson and Hash Patel, in their article on working with tsunami survivors: ‘Now death has shaken your faith, “Why?” “Why must life be one of sorry?” “Why?” There are no pat answers. No one completely understands the mystery of death. Even if the questions were answered, would your pain be eased, your loneliness less terrible? “Why?” may be more than a question. It may be an agonizing cry for a heart-breaking loss, an expression of distress, disappointment, bewilderment, alienation, and betrayal. There is no answer that bridges the chasm of irreparable separation… The search may continue but the real question might be "How (do I) pick up the pieces and go on living as meaningfully as possible?”’ 1

After a trauma, supporting the managers is always an important task, as they can often feel overwhelmed by what their team is experiencing emotionally and psychologically while having to continue to meet the business needs and complete work at such a challenging time. Managers can come in for particular criticism post trauma because staff will need to raise their concerns or anger with their manager, but the manager is also responding to the trauma, not just in their professional capacity, but as a civilian too, and so that needs acknowledging and validating.

On my return to the UK, the Eurostar was much fuller than on the way out and there was a sense that things were getting back to normal. I was keen to get home, to see my family again, to cuddle my three children, sleep in my own bed and get back to my normal routine. Reflecting on what helps me to do this work, I realise that simple, normal things are so important to my own experience of processing events; like the familiarity of being home, hearing English accents again, and my boss checking in with me and asking me if I’m OK. Having a counselling colleague to offload to, has helped me, as has having supervision, and I think that writing this article so soon after my return from Paris, has played a part too.

I like to think that my presence in Paris so soon after the attacks communicated a sense to the employees I met that there was someone else there alongside them at such a shocking time. But symbolically, I was also there because the organisation cared enough to arrange for me to help support its staff. There are so many questions I don’t have the answer to, but I know that’s not my role. Providing trauma support to employees and organisations can’t undo whatever has happened, but it can certainly help people to find a way to carry on afterwards. 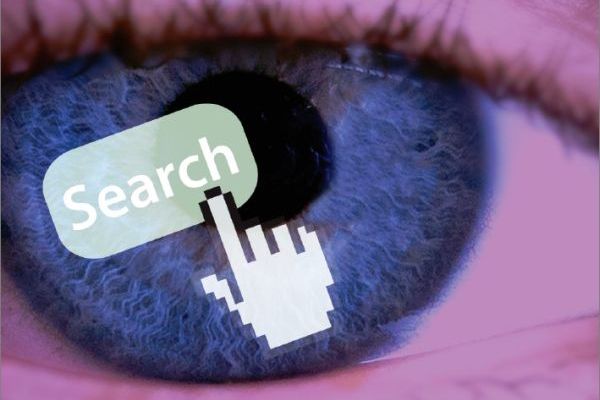 Sex offenders, pornography and the workplace

Open article: How would you work with a sex offender in a workplace setting? Juliet Grayson, Chair of (StopSO), challenges some misconceptions and offers advice. Counselling at Work, Autumn 2015 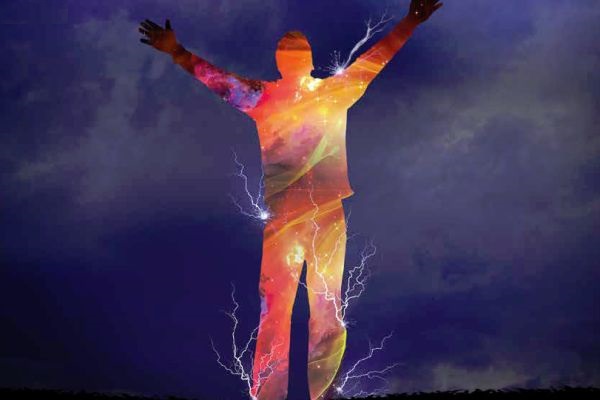 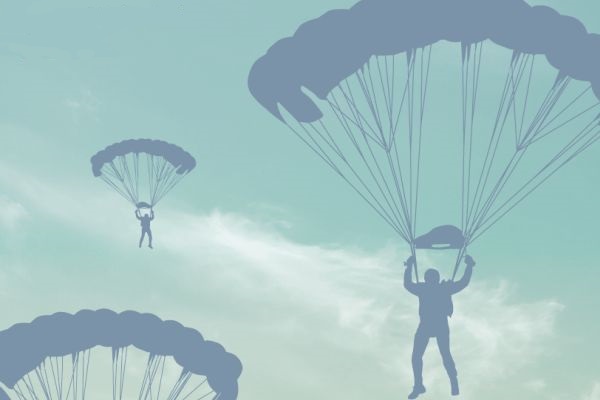 Open article: "For many individuals and groups in the workplace, reacting to single events or changes as they occur and calling that resilience simply isn’t enough any more..." Regular column from Kate Anthony. Counselling at Work, Spring 2015