My perspective
Where there’s a will, there’s a way
Roslyn Byfield asks if you have a system in place to inform clients should you be suddenly incapacitated? 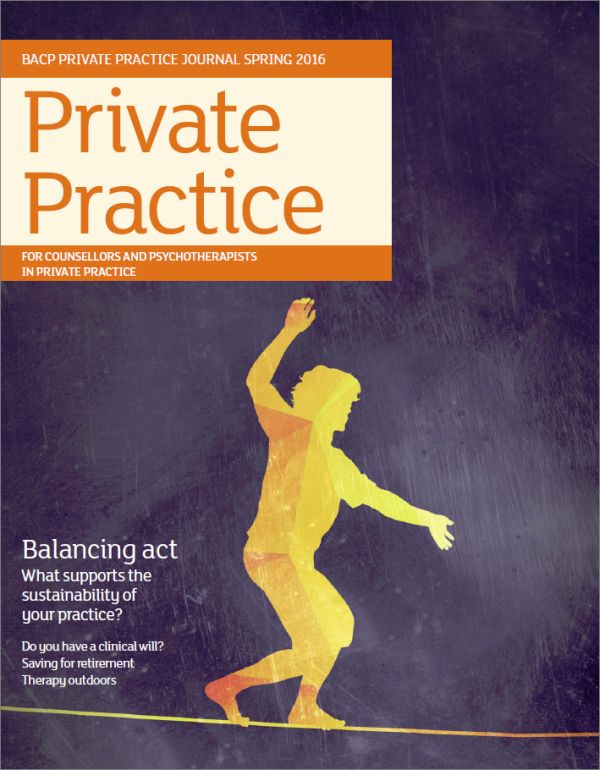 My laptop went into meltdown recently and I was without it for a couple of weeks while it went away for repair. My instant response was to panic. How would I manage without it? What if I’d lost important files that could not be retrieved? I felt like I’d lost an important part of myself. I also felt disempowered by and helpless at the level of my dependency and my inability to fix the problem. Then the panic subsided to be replaced with a mix of frustration and relief.

Yes, relief. Without my laptop, I was temporarily unable to distract myself with work while on my daily commute and in the downtimes between clients. I couldn’t maintain my habitual need to multitask, keeping any number of different plates spinning at one time. Instead, a space opened up. A space I so often seek to avoid with the compulsive checking of emails and messages, the habitual need to do rather than be. It’s a 21st century pandemic: this need in so many of us, which technology so skilfully and perniciously supplies, to be distracted – with social media, apps, games, meet-up sites, online dating, TV on catch up, photo sharing etc.

Going without my laptop has caused me to reflect on the theme of space, of how the psyche is a bit like a computer’s hard drive, which sometimes gets too full and needs time to refresh and update; time spent sleeping, playing, being creative, being bored. And like a computer, the wiring in the psyche can sometimes short circuit, bugs can find their way in to corrupt and disrupt the smooth running of the operating system. I was thinking about the space required inside my psyche to do the necessary processing of clinical material, and of how this sometimes feels squeezed, when I need it to be spacious.

Space is a theme that runs in different forms through some of the items in this issue. In the first of a four-part series of articles, Michael Soth considers some of the factors that affect our emotional space and capacity, and that determine how many clients we can ‘hold’ and consequently how large, manageable and sustainable our practice can become – crucial considerations for those of us in private practice who need to make a living from this work.

Michael names some of the underlying tensions inherent in our work, central to which is the conflict – especially in private practice – between ‘love’ and ‘business’, epitomised by the common client question: ‘You are only nice to me because I pay you. Would you continue seeing me [ie loving me], if I wasn’t paying your fee?’ Our early attachments and how we were used as an object, and how we were allowed to use the other as an object, play a huge part in the therapeutic contracts we make and how sustainable they are, Michael argues. Clients often come to their first session with significant misapprehensions as to what they are paying for and what we are offering. These include the belief, inherited from the medical model, that therapists are like ‘doctors for the feelings’, who can apply standard theories and techniques in order to remove symptoms and fix problems.

Remnants of such attitudes, Michael argues, are still pervasive throughout the profession, and influence our ideas of boundaries, accountability, pathology, therapeutic action and many other things, even among therapists who disavow the medical model. Our main challenge, he concludes, is to find a therapeutic stance that is responsive and stable, flexible and containing – for our clients and ourselves.

From internal and interpersonal space to external space, Laurence Rowlands writes about the effect of wide-open spaces on states of mind – natural surroundings clearing space to think and feel. He calls his therapeutic approach ‘Walk and Talk’, and offers freedom from the restraints of the therapy room in three-day blocks of short-term work, walking with his clients on Exmoor.

Picking up on the question of what we are offering our clients, and what they are paying for, Patti Wallace alerts members to the fact that the new, revised Ethical Framework,1 which comes into effect on 1 July 2016, stipulates that written contracting will now be considered a requirement for ethical practice. Given that, in a recent survey of BACP members in private practice, 24 per cent of respondents reported that they have no written contract, and 10 per cent only a verbal one, a substantial number of us will have to consider changes to this aspect of our practice in order to comply with the revised guidance.

Of course, the type of contracting that Michael is talking about, is far wider in scope than the sorts of arrangements we might stipulate about payment, cancellation, termination, confidentiality, etc – important as those are – and more about addressing the unconscious assumptions we make about what it is we do and why it is we do it, which may very well be at variance with our clients’ assumptions.

I’d really like to know what you think and, as always, hope you will engage with the topics raised within this issue by writing a letter or sending in an article of your own.