Trauma may be occasioned by a major incident that affects a large group of people –a rail or plane crash, natural disaster or terrorist incident, for example – or it may be experienced in a much more localised way, such as sexual or violent assault, road death, death of a colleague in violent circumstances or suicide.

In regard to the former we see obvious signs of communities coming together to express sadness, sorrow, anger and hope in different ways that often have a ‘spiritual’ component: the lighting of candles, placing of flowers and a collective service or gathering are common responses. A similar pattern occurs in relation to localised incidents, with the development of the roadside shrine or memorial with associated artefacts being one recent development. The placing of candles on desks or memorial books to express both personal and spiritual thoughts are other tangible examples.

As people experience and deal with such incidents and events and begin a process of transition, we are familiar with the wide range of emotions, thoughts and feelings they encounter before at some stage a new normality is established. I would suggest, among all the other facts and questions they deal with, some are set within a bigger cosmic/spiritual dimension, especially anger and the ultimate question: why? And the acceptance that we may never know all the answers in a search for new meaning/normality but have to develop a worldview that can ‘hold’ such things. If we are to engage with people in a holistic way and offer physical, mental and emotional support as part of our therapeutic intervention, we ought also to consider the need for spiritual support.

The role of faith in society

There are various studies around this concept and Richardson1 uses the term ‘biopsychospiritual homeostasis’ to describe the adapted state of mind, body and spirit. The notion of physical, emotional and social resilience is common, and Richardson goes further in a holistic response that engages with the often neglected – though contentious and underdeveloped – aspect of the spiritual component. For many people and communities, faith is an overarching, significant influence on their lives. There is great debate around the role of faith in society. Tolstoy accepted for many years the view that religion was impossible for the serious and educated person, and had no place in public life. However, he came to a different perspective when he became aware of the absence of wholeness in his worldview and the lack of resources to confront the most important questions in his life. A number of prominent atheists acknowledge the place of faith in society and distance themselves from the more exclusive Dawkins polemic. It is important to have the honesty and integrity to recognise that public atheism, sometimes with its own evangelical zeal, is itself an intolerant faith/spiritual position.

Alongside such ‘card carrying’ believers we also have a great number of people who keep what we might term ‘folk religion’, or whose spirituality in our modern world is still being worked out at a philosophical, emotional and spiritual level and is a pretty undefined smorgasbord of belief and practice. Within that context, as practitioners we must be prepared to live with ambiguity. Although formalised religious belief and institutionalised religious belonging has in the main been declining in recent years, Britain has not become a nation of atheists or materialists. Over three-quarters of adults (77%) and, astonishingly, 61 per cent of self-described non-religious people, believe that ‘there are things in life that we simply cannot explain through science or any other means’.2 It is interesting that we are not convinced that humans are purely material beings with no spiritual element: only 13 per cent of adults believe this, and only 25 per cent of those who describe themselves as non-religious.2 This implies that three-quarters of non-religious people think that there is something more to humans than meets the eye.

People come to their spiritual (or worldview) beliefs through the messiness of lived reality, rather than through consciously developing some systematic belief or theology. Most people read some books, draw on their life experience, meet people, have some experiences, cherish some hopes, and from them weave a mixed religious/spiritual tapestry. Spirituality may be defined as ‘addressing questions of ultimate meaning and significance’3 and ‘spiritual intelligence’ as ‘the ability to be creative, to alter the boundaries of current thought… to address problems of good and evil, to exercise extended choice, to seek higher meaning in life, and to transform both the self and life situations in positive ways’.3

In the face of traumatic events, some common things people draw on by way of spiritual support are:

Spirituality can allow people to address some of the huge questions of ‘cosmic loneliness’: undeserved suffering, profound questions of good and evil, and the ultimate question on the lips of inquisitive children and perplexed and overwhelmed adults: ‘Why’? It sets these things in a safe context where a place can be discovered which allows people to live with ambiguity and unanswered questions. Prayer and meditation can help create a sense of identity and purpose: to develop, in TS Eliot’s words, ‘the still point of the turning world’.4

If that spirituality involves faith or credal belief then it can also provide a narrative into which can be posited our own experience of suffering, death/resurrection, dark/shadow, karma, Inshallah. It’s interesting how commonly we use the notion of ‘journey’ within therapeutic interventions, a concept very much aligned to that of pilgrimage, and the roots of which are firmly spiritual, both intra- and interpersonally. When dealing with individuals it is common practice to explore the impact events have had upon them physically, mentally and emotionally, but are we bold enough to ask, ‘How has this affected you spiritually?’

Working with trauma in corporate settings

When asked to assist with trauma in a corporate setting, other issues must be considered:

Some spiritual responses to traumatic incidents

The search for April Jones

On 1 October 2012, a five-year-old child, April Jones, from Machynlleth, Powys, Wales, disappeared after being sighted willingly getting into a vehicle near her home. Her disappearance generated a large amount of press coverage nationally and internationally and led to the largest ever search for a missing person in British policing. A 46-year-old local man, Mark Bridger, was subsequently arrested, charged and found guilty of April’s abduction and murder. On the morning of the first full day’s search, a short impromptu service was held at the operational briefing centre. The candle lit at that service was kept alight and replaced with another when required throughout the months that followed. The same morning thousands of people attended a church service in a huge act of community engagement and response. The symbolic wearing of a pink ribbon emerged from this and spread across the country. Public buildings were bathed in pink light, illustrating the powerful desire for collective ritual and symbolism.

Another example of a spiritual response is what followed in the wake of the shootings in which 12 people were killed at the office of the French satirical weekly newspaper Charlie Hebdo. Paper and pencils were formed into two concentric circular piles outside the office and surrounded by an outer circle of candles, expressing many things no doubt, but among them that of light overcoming darkness; the warmth of love conquering the cold of hatred, brutality and violence; the ‘redemption’ of the tools of that trade in the face of those who would destroy it. The worldwide adoption of the phrase ‘Je suis Charlie’ in the subsequent weeks further underlined our sense of human connectedness.

From the horror, cruelty and inhumanity of a concentration camp, where questions of life, death, suffering, trauma, meaning and the value of human life are stark, the following was found in the coat pocket of a child:

‘O Lord, remember not only the men and women of good will, but also those of ill will. But do not remember all of the suffering they have inflicted upon us. Instead, remember the fruits we have borne because of this suffering – our fellowship, our loyalty to one another, our humility, our courage, our generosity, the greatness of heart that has grown from this trouble. When our persecutors come to be judged by you, let all of these fruits that we have borne be their forgiveness.’5

Dealing with people in a holistic way surely means that issues of spiritually, however muddled and ambiguous, must never be dismissed but rather should be embraced as part of what it means to be fully human.

David Wilbraham is the full-time Chaplain with Thames Valley Police, leading a multi-faith team of 40 volunteer chaplains, who offer support to all officers and staff, regardless of faith or belief. Since 2009 he has led the 650-strong National Association of Chaplains to the Police as National Police Chaplain. Police chaplaincy serves all personnel, regardless of faith or belief, and provides pastoral support, operational involvement and response to major and critical incidents.

Open article: Sarah Van Gogh wonders how we can hope to aid healing if we work in settings that fail to access the powerful healing agents that come to us via our animal senses. Private Practice, Autumn 2015 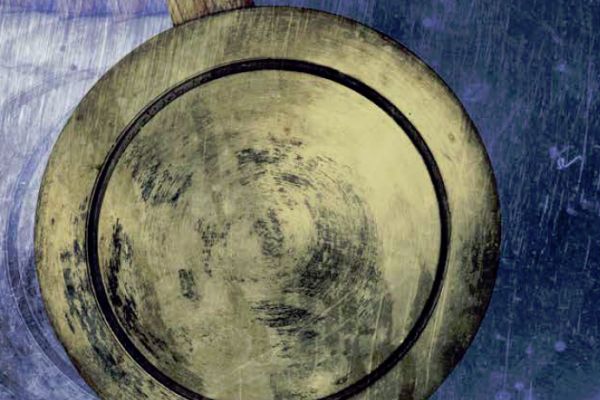 Has the pendulum swung too far? 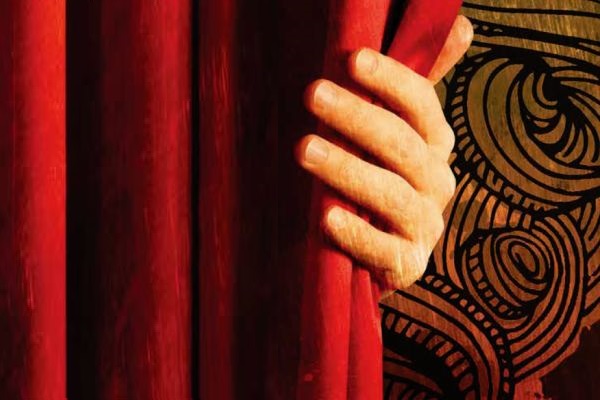 Open article: Influential CBT therapist Christine Padesky aims to put herself out of business by teaching people skills they can use to help themselves. Private Practice, Spring 2015