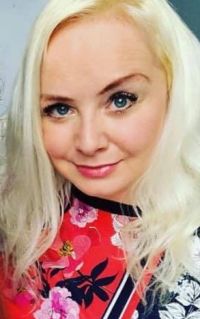 Chantal Lockey set up the Foundation for Infant Loss to raise levels of bereavement care in the UK by providing online training. She was awarded an honorary doctorate in science from the University of Bedfordshire in 2019 for her work in infant loss education and reducing infant mortality. The full version of her story is available in a free e-book, Little Wings: a mother’s story of loss by emailing info@foundationforinfantloss.co.uk

My daughter Marnie Mae was born on 21 September 2004. Our first born child - a beautiful, chubby little girl who weighed 8lbs 12oz at birth. We took her home to her milkshake-pink nursery. Life was just the best. Six weeks later, I stood in that same nursery, empty handed, hours after the coroner had taken my baby away to the mortuary. Marnie died in her sleep when she was six weeks old.

I never believed in ‘mothers’ intuition’ until that night. I remember waking with a start, confused that Marnie had not woken me for her next feed. I immediately felt that something was wrong, got out of bed and looked into Marnie’s crib which was at the end of our bed. Marnie was blue and I knew instantly that she was dead. Then all I could hear were screams, not realising that they were coming from my own mouth.

The next hours can only be described as chaos - paramedics trying to revive Marnie, police officers combing the house and finally, the coroner arriving to take Marnie away to the mortuary. I was distraught, crying, ‘She cannot be on her own.’ I did not want my baby in a dark, scary place with dead bodies. I did not want her to think that I had left her.

Some days later, we were told that Marnie’s cause of death was ‘sudden infant death’. But we received no support, no follow-up calls from any professional or signposting to professional services. We were simply left to get on with it.

In the weeks and months that followed Marnie’s death, the guilt that I felt that I did not keep my daughter safe and alive became all consuming. A sadness that I never knew before was constant. I genuinely never thought I would even smile, ever again. And then one day, there was some hope - I was pregnant again. But along with hope, there was also guilt, fear, denial and anxiety, and thoughts of, ‘Will this happen again? Am I trying to replace Marnie? How could I possibly love another child like I loved her?’ Meanwhile, people around us assumed that us being pregnant again meant that we were now OK, and they stopped talking about Marnie.

My second daughter, Ruby, was born in September 2005 - our second chance. That first year was tough, a year filled with hope but also with the ever-present crushing guilt about Marnie and a deep fear of bonding fully with Ruby, just in case I was not able to keep her either. Over the next few years, life continued in that spiral, my relationship broke down and I ended up a single mum, lonely and isolated.

One day when Ruby was four, I decided that things had to change. Ruby deserved a good mum who was present and not wracked with guilt. It was then that I sought counselling which turned out to be the best decision that I have ever made. After being told I’d have to wait for up to a year to get counselling on the NHS, I used an online directory to find a counsellor who had previously worked with bereaved parents (although not extensively). Read our members' experiences and your stories of how counselling can help you through pregnancy, miscarriage and being a new parent.

Counselling was very difficult to begin with because I had blocked a lot out, but my counsellor provided a safe place to unravel it all. I realised how much I had held back from talking about the loss, even to my Mum, as she was also suffering from the loss of her first grandchild.

Within six sessions I felt like an enormous weight was off my shoulders and I felt able to enjoy Ruby without feeling so much guilt. I continued for another six months, until I felt calmer and almost at peace but I ‘never say never’ about returning. It is now almost 17 years on from Marnie’s death but certain milestones still hit me. I wonder if her 18th will be hard.

Since then, I have set up The Foundation for Infant Loss to create a legacy for Marnie, help other bereaved families and educate healthcare and counselling professionals in supporting parents who have experienced sudden infant loss.

Over the years I have met with many bereaved parents who have had life changing experiences in seeking counselling. I want to ensure that parents can access this, and that counselling professionals are properly trained in this area. And is there anyone better to educate professionals on baby loss than someone who has been through it? Our member magazine, Therapy Today, is the UK's leading specialist magazine for counsellors and psychotherapists. See what's in the latest issue or download the podcast.