Research
Autoethnography
Being the client in relationship with God 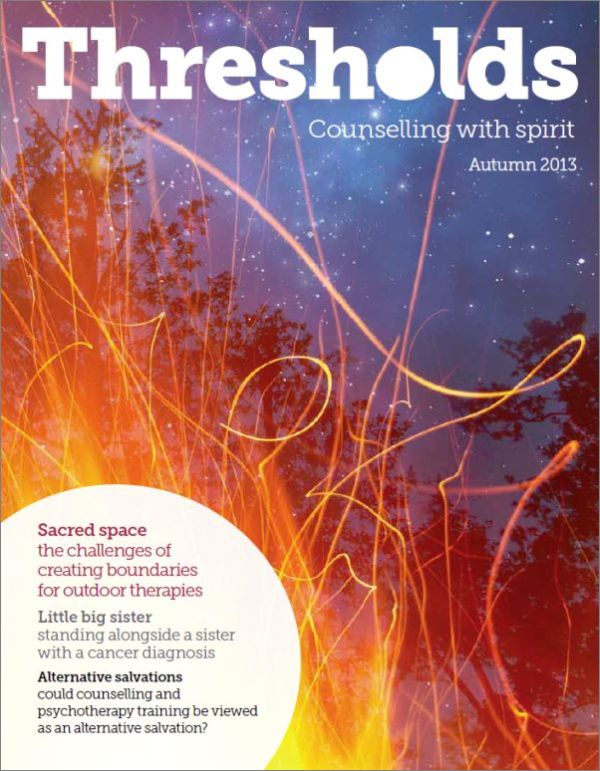 Articles from this issue are not yet available online. Divisional members and subscribers can download the pdf from the Thresholds archive.

I am very interested in narrative practices, both those used for therapy, and also those used for research, and how they overlap. I have for some years been on the International Narrative Therapy Network, hosted by the Dulwich Centre1 in Adelaide, where narrative therapy emerged from the work of the late Michael White and David Epston2. The approach is collaborative, based on the simple goal of turning the problem-saturated stories people tell us into ‘rich, thick descriptions’3.

Most of the time I forget I am on the network and then, as happened last week, I have a surprising email; this time from Nyamiye Hermenegilde, a Christian psychologist in Burundi, who requested a ‘Skype’ meeting. I was amazed anew how technology could bring me face to face with a project in Africa complete with a backdrop of the most amazing bird chorus. I have included a news article from this project, as I am hoping that one, or more, of Thresholds’ readers may know of a support network or funder for what sounds like a really important project. They are a small Christian charity, working alongside the major aid organisations, and are hoping to work with refugees on the borders between Burundi and the Democratic Republic of Congo, the latter having a long, ongoing record of violence and war. It touches me especially as a recent narrative writing project I was involved with included a brother and sister who had come to the UK as Congolese asylum seekers. Sajela describes here some of her experiences. The children of the village had been hidden in a small hut in the nearby forest:

‘We were locked in and told to be quiet and still. The small children cried for their mothers. We heard the sounds of weapons, shouting, screaming; smelt the smoke of fire; but still we hid. I think we were there for three days. It was hot, airless, not easy to breathe. Our water ran out, so did the food and there were no latrines. Several small children developed a fever and two died, one of them in my arms. I was about 11 at the time. Eventually someone came for us.

What we returned to was desolation. Our village ransacked. Some of the men had been away from the village at the time; others who were there were killed. My mother and most of the women in the village had been brutally raped, some killed. It was (and still is) a political strategy that to despoil the women and plant seed in them will win the war (whatever that is about). My mother had three broken ribs, and had internal injuries which never healed. Her head had been shaved and she was pregnant with my brother4.’

Sajela, a contributor in my recent book: The Secret Keepers: narratives exploring the inter and transgenerational effects of childhood sexual abuse and violence, goes on to describe her family’s journey to the UK, and both she and her brother explore their journey into wholeness. It is an inspiring story of two amazing people, and I felt very privileged to have worked with them. It does, however, heighten my awareness of those still fleeing and in need of support, and how easy it is for us to think of therapy as only for people living in our own towns and communities. As I speak with Nyamiye in Africa and he talks about his faith, and his work, it strikes me that across the world therapists find their own unique ways of integrating the therapeutic with the spiritual.

Within this issue I am also really delighted to have a selection of fascinating articles, including two which look in different ways at how reflecting on our own responses and life experiences can give us insight into our practice: Lizzie Sendall shares her experience of standing alongside her sister, who was diagnosed with cancer, and Melanie Mott, who uses autoethnography as a research methodology.

Finally, just an update from Machynlleth – the Listening Point Project5 continues to develop and support many within the community; thank you to everyone who has sent messages of support.