A ‘significantly improved’ NICE Guideline for depression in adults has been published – after five years of consultations and campaigns.

The guideline’s recommendations have a direct impact on the treatments offered for depression and whether counselling and psychotherapy is made available to people.

We believe the updated guideline is substantially better than both the previous 2009 version and the first draft of this update in 2017, which was not fit for purpose.

The guideline now places greater emphasis on client choice when accessing services and includes the recommendation that all psychological therapies should be considered as first line treatments for depression.

However, we believe there are still some areas which need to improve.

We’re still disappointed that our concerns about how some relevant research was not considered have not been addressed by NICE.

Dr Clare Symons, our Head of Research, said: “It’s encouraging that this guideline now places increased emphasis on client choice of treatment and shared decision-making. These changes and NICE’s inclusion of some research capturing clients’ views around barriers to choice of treatment and what helps them access treatment mean the guideline has improved considerably since the 2009 version.”

However, there are still limitations in the recommendations because of the way in which the guideline was put together.

We’re also disappointed that the guideline has relied too heavily on certain specific types of research with narrowly-defined criteria, rather than a range of high quality evidence from research relating to the real-world treatment of people with depression.

Clare added: “For some people with depression, the recommendations continue to fall short and this guideline will fail to meet their individual treatment needs.”

We responded to the latest consultation on the guideline in January, drawing on feedback from counselling and psychotherapy academic researchers and from members who contacted us during the consultation period.

“This updated guideline from NICE for the treatment of adults with depression is an evolution from the previous 2009 version but falls short of the revolution that is truly needed.

“The significant changes secured between the first draft consultation in 2017 and this final version owe to persistent campaigning from ourselves, combined with the voices of many other organisations and individuals involved in the NICE Depression guideline campaign coalition.

“Throughout we have sought to engage with NICE in a constructive, challenging, and methodologically robust fashion, with the sole aim of making this guideline the best it can be for those seeking treatment.

“While we feel there are still considerable areas for improvement – areas we will continue to champion - we hope that NICE will recognise that the expertise of stakeholders such as ourselves can improve guidelines in development and that they will engage with organisations more actively in the future.”

Matt added: “We will continue to champion the important role of counselling and psychotherapy across all of NICE’s guidelines, where relevant, and will also be working with counsellors and psychotherapists themselves to continue to develop the evidence base for the effectiveness of psychological therapies.” 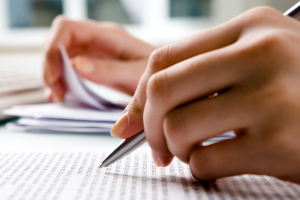 NICE Guideline for depression in adults consultation: Our response