I’m A Celebrity ... Get Me Out of Here runner-up Emily Atack has spoken about how therapy has helped her get through mental health struggles.

The 29-year-old Inbetweeners actress, who finished second in the ITV survival game show, told The Sun on Sunday that she has struggled with depression and has regularly seen a counsellor.

She also revealed that she had a panic attack just days before she went into the I’m a Celebrity jungle camp.

Emily said: “I’m not afraid to admit I have therapy. It’s nothing to be ashamed of and it really does help.

“I have struggled in the past. I have been through a lot in my life, my parents divorced when I was 16 and it was a very difficult time.

“I am a very emotional person so, for me, it’s about someone listening to your feelings and giving their professional opinion.

I've got through it with therapy

“I’m naturally a very happy person but I’ve had times with depression and have got through it with therapy.”

She told the newspaper that she had a panic attack days before the ITV show began, and said there was a psychiatrist on stand-by during the filming of the programme.

“I’ve only had one panic attack in my whole life and that was just before I left for the jungle. It was so, so horrible, totally out of the blue and really weird," she said.

“I’d had a really stressful few weeks in the build-up to doing the show. I was lying there and it just crept up.

“I didn’t know what was happening. I was sweating, my heart rate was creeping up and I felt like I couldn’t breathe. It was awful.” 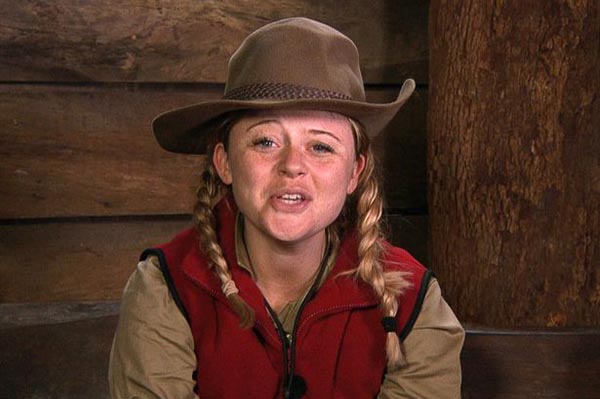 Emily admitted she was nervous going in to the camp and said she did have a low day or two.

But she added there were mental health experts on hand to help anyone who was having a problem during filming.

“There were a lot of down days in the jungle that weren’t aired. We all struggled at times. But we pulled each other through it, plus the show psychiatrist helped. ITV were so protective of us all.

“I saw the psychiatrist before and after the show, and they’re still checking in to make sure I’m OK.”

She added: “I am so proud of myself for getting through it and having such an amazing experience.”

It's hard to admit

Talking about her mental health struggles in the past, she said:

“Sometimes it’s hard to admit though, especially if you’re known as a happy person, because you feel you’re letting people down if you’re not being happy 24 hours a day.

“I have a great life, amazing family and friends, so it’s easy for people to be like, ‘What have you got to be sad about?’

“But it’s not that, it’s a chemical imbalance in your brain that sometimes needs to be treated.

“I’ve never spoken about this publicly before but it goes with this whole honesty thing that I got from the jungle. I guess I just want to be honest now and say I’ve had depression spells.”

To speak to a BACP counsellor or psychotherapist, visit our Find a Therapist Directory.