Children who experience a family break-up between the ages of seven and 14 are more likely to suffer from emotional and behavioural problems than others, a new study suggests.

Researchers found young people of this age exhibited a 16% rise in emotional problems, such as anxiety and depressive symptoms, and an 8% increase in behavioural problems.

They also found that when a child’s parents split up between the ages of three and seven, the youngsters were no more likely to develop mental health issues than children of the same age whose parents remained together.

The University College London study examined data from 6,245 children and young people in the UK whose mental health was tracked when they were three, five, seven, 11 and 14, as part of the longitudinal Millennium Cohort Study.

BACP counsellor Andrea Hunt said she was not surprised by the findings that older children were more likely to be affected by their parents’ divorce.

“Older children often have that bit more awareness of what’s going on and sometimes their parents over-confide in them and share too many details with them,” she said

“They are more aware of the arguments and the push and pull. They may feel guilty as they are aware of their parents’ emotions more. For instance, if they are spending time with dad, they may be aware that mum is in bits back home."

She added: "Children are always affected by change and transition. But of course it does depend on the circumstances of how it happens and how the parents deal with it. Sometimes younger children can be really affected as they think it’s their fault.” 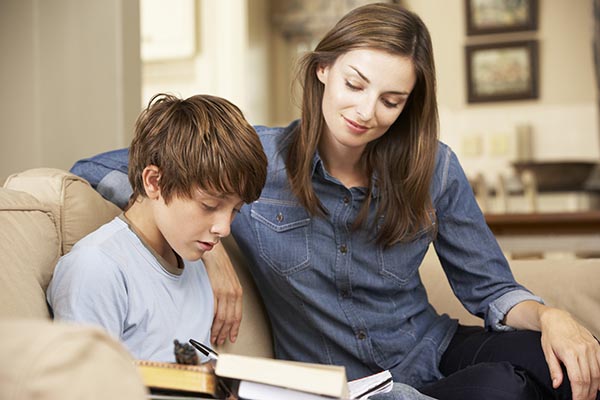 University College London examined data from 6,245 children and young people in the UK

Andrea, who runs mediation sessions for families going through separation or divorce, said that some parents were very aware of her the break-up may be affecting their children, while others may be caught up in their own emotional turmoil and don’t see the impact it’s having.

But she said there are some things that parents can do to help their children cope with what’s going on.

Tell children it's not their fault

“It’s really important to tell children that it’s not their fault. Parents have to reassure them about this.

“It can help for the parents to prepare the children for what’s going to happen and talk to them in advance.”

To contact a counsellor about relationship problems or how to deal with a family break-up visit our Therapist directory.