Three out of five young people have either experienced a mental health problem themselves, or are close to someone who has, according to new research.

The survey from the mental health charity Mind also reveals that one in seven young people say their mental health is currently poor or very poor.

It also revealed that more than half of young people wouldn’t feel confident approaching teachers or other school staff if they needed help.

Nearly two in five said they wouldn’t know where to go to access support within school.

While one in five had accessed support for their mental health within school, half said they didn’t find the support helpful and two out of three said they weren’t involved in decisions made about that support.

“These worrying figures from Mind are further evidence of the mental health crisis facing our young people. It’s why it’s vital we must ensure young people know where to turn when they are in need and that they have access to timely support. This includes being able to see a professional, trained school counsellor; who can provide crucial support during difficult times.

Jo added: “Often children and young people see their struggles as a burden to teachers and support staff. They worry about taking up staff time, while feeling that others have more need than they do. These feelings just increase their emotional distress.

“We know school staff simply don’t have the time and resources to respond to the rising need in schools. They can spot the signs but need specialist services to provide the more in-depth work. It’s vital access to all these services is improved – and school-based counselling needs to be at the heart of this.”

Louise Clarkson, Head of Children and Young People at Mind, said: “Despite the high levels of poor mental health among young people, many are not accessing support and those that are aren’t always getting what they need.

“It’s not schools at fault – we know they are under increasing pressure to provide wellbeing support for pupils at a time of rising demand and gaps in NHS mental health services. We know that many are doing the best job they can with limited resources and staff need the right expertise and support from other parts of the system. The Prime Minister’s recent announcement about training for teachers is welcome but it’s only one part of the picture – school staff need to know that if they are starting conversations about mental health with a young person, there are services in place to refer them onto.”

More than 12,244 pupils at 17 schools in England and Wales took part in Mind’s survey, which was carried out between October and November 2018.

A separate survey by Mind of more than 1,000 school staff revealed that nearly three in four felt confident that pupils who needed it were being adequately supported.

However, around half feel that they do not have enough information to support pupils with poor mental health.

Outside of school, staff were aware of other support but less than half were confident that they would be able to help pupils to access it.

To find one of our counsellors or psychotherapists via our Therapist Directory. 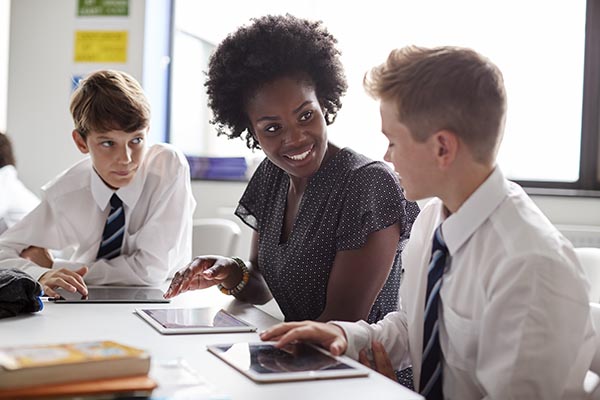