Marilyn’s first session with her school counsellor came on a hectic day, when she was very upset.

She was 13 and in year eight at school. There was a lot going on in her life and Marilyn felt lost.

Two years on, and things are very different for the now-15 year old.

“I was in a very dark place when I started counselling and now I feel like I’m more lively and full of life.

“Life is just a lot better. I’m a lot happier and I’m able to go out and enjoy and experience things,” she says reflecting on how things have changed for her over the past two years.

“Counselling has helped me cope with certain situations and with emotions that I couldn’t control before.

“I’m more confident in life and in myself and in everyday situations.

“Life has just been so much easier.”

Marilyn says she felt “out of her comfort zone” when she was first referred to see her school counsellor.

Her head of year had spoken to her about going to see the counsellor, after someone who was concerned about Marilyn’s wellbeing had contacted him anonymously.

“At the time, how I felt was really affecting the stuff that I did, how I interacted with friends and family and even within myself. I felt just a bit lost, a bit puzzled with everything,” she said.

“When my head of year said I needed to see the counsellor, it was a very hectic day. I was upset. I didn’t know that I was going to be referred.

“When it happened it was a secret that unfolded that I didn’t want anyone to know.

“My counsellor was very kind and very welcoming. I thought that there was going to be a good connection throughout the time period that we were going to be together.”

She had regular sessions with her school counsellor – and received help through CAMHS as well.

“With my counsellor, it was so open and laid back.

“If you were referred to a teacher or a head of year, you’d feel that teaching vibe. You’d feel like you couldn’t say something because if you bumped into them in the corridor or lesson you’d feel a bit restricted.

“With the counsellor there’s so much of an open space and you can say whatever you want without being judged.”

“I think being able to unpick your problems and sorting them out and having those strategies to help you can really impact you.

“You can just see life so much clearer.

Find out my triggers

“I was able to find out what my triggers were and how to cope with how I felt if it got worse and know where to go to for help if anything happened in later life that I needed support with.

“After I had the counselling, I was able to understand why I was feeling a certain way and feel more confident.”

It was helpful to Marilyn that her counsellor was based in her school.

“If you ever needed to go there quickly and if you had a problem that needed to be sorted out quickly you could just go. It’s easy access.”

Marilyn was also seen by the NHS’s Children and Adolescent Mental Health Services (CAMHS), and it was her school counsellor who helped her in the run up to this after a friend had a negative experience with the NHS service.

Her counsellor helped her not to be swayed by her friend’s experience.

“I had a good connection with my worker. She had some very good advice which I still use today. As soon as I got discharged I thought this was actually helpful. Some of the stuff we did that focussed on how I was feeling inside and how it affected by daily life, friendships and relationships was really beneficial.”

Two years after her first appointment with the school counsellor, she has now been discharged.

And she’s positive about the future.

She also wants people to know what a massive impact counselling can have on their lives.

“Everyone should have someone they can go to and talk to like this, in a safe environment,” she said.

“I would definitely recommend going to counselling. It’s so beneficial. Even if it’s just for a small problem.

To find a BACP counsellor or psychotherapist visit our Find a Therapist Directory. 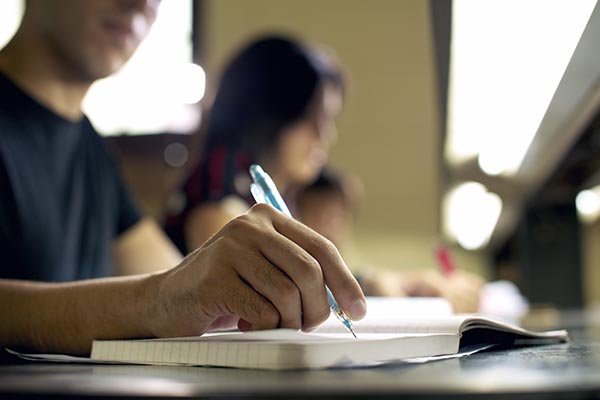 Taking the first step to see a school counsellor

George, 17, talks about why he made the decision to see his school counsellor

'My school counselling sessions saved me. They completely changed my life'

Liam describes how his school counsellor helped him deal with anxiety, depression and the voices in his head