Singer Rachel Stevens says “it’s so important to talk” as she spoke about her experience of counselling after growing up in the spotlight with S Club 7.

Rachel said she first went to personal counselling in her late teens after finding fame with the pop group and their spin-off BBC television series Miami 7.

Speaking in an interview on national television about the value of counselling, Rachel described it as an “outlet” for her.

She said: “In a band like S Club, we were marketed at a very young audience and it was very shiny and happy and everyone saw the sort of finished polished product and we were very packaged.

“But underneath all of that I had a lot of my stuff going on and my emotions and my things that were going on.

“As soon as the camera’s on and going on and singing Reach, putting a smile on and putting a show on, but there’s a lot obviously going on behind the scenes.”

She added: “I actually had personal therapy when I was 18 or 19. That’s when I first started having therapy and felt like I really needed to talk about all of my stuff that was going on that I really needed to just make sense of.

“I spent a lot of years pushing a lot of feelings and emotions away and not feeling them, which came from my childhood.

“I grew up in a family that we didn’t really talk much about our feelings and I got used to internalising a lot of stuff.

“I have therapy weekly,” she said. “I need it as that kind of outlet. I’ve always been someone who’s been a worrier, someone who thinks a lot, someone who internalises things a lot and incredibly emotional and sensitive.

“I think I need that person.

“I speak to my closest friends obviously, my husband, but other than that, having that person who’s not so close just gives me that outlet to be acknowledged and make sense of it all when there’s not that emotional connection, which I think’s really important.”

If you want to speak to a BACP counsellor, you can find a therapist near you through our directory.

Ronan Keating: I have therapy when I feel fragile 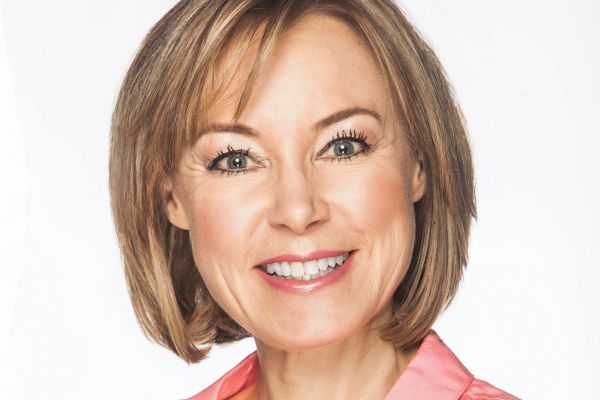 It changed my life: Sian Williams

Open article: ‘We are never the finished article and perhaps that helps us remain questioning’. Therapy Today, November 2020