The third Monday of January is said to be the most depressing day of the year, the so-called Blue Monday.

With Christmas in the distance and weeks of long nights and cold weather ahead, credit card bills arriving, and the threat of the pandemic still very much around us, it can be a challenging time for a lot of people.

But is Blue Monday real or is it a myth?

Our member Lara Waycot isn’t persuaded by the concept of Blue Monday – “the theory of one day being the lowest day is a bit of a stretch to me”.

But she says it can be comforting to some people to know they’re not alone in finding this period difficult.

“Blue Monday almost acts like a label and helps people realise it might not just be them who is finding this time of year difficult,” says Lara. “That can be really reassuring to some.”

Lara adds that some of her clients have a renewed sense of energy as they begin their 2022 journey, which doesn’t fit in with the Blue Monday narrative.

“They seem to have been re-energised and see a new year as a new opportunity,” she says. “It’s almost like getting a chance to start on a fresh page.”

Our member Nia Charpentier says she’s sceptical about Blue Monday, especially as it was initially created by an advertising agency.

“There’s the financial pressure after spending at Christmas, plus the cost of bills in winter months is generally higher and that can cause stress,” says Nia.

“Relationships where there was already friction can also come under particular strain at Christmas time, and so January is a time that many relationships come to an end.

“There’s also the cold weather and short days, and this year the continuing anxiety around the pandemic, all of which can add up to a sense of feeling low or stressed at this time of year.

“There's also a lot of pressure around resolutions and making significant changes, which can lead to a sense of failure when they don't work out.

“That said, I'm sceptical about it all culminating on one day, and I understand Blue Monday was originally coined by an advertising agency trying to sell holidays.”

Our member Clare Cox says people’s problems won’t disappear once Blue Monday has gone. But she says it can be useful to draw attention to mental health.

“The more we talk about mental health the more familiar we can become with the uniqueness of our emotional responses,” she says. “In that respect Blue Monday could be useful to remind us that we’re all different.

“However by the time Tuesday comes many of our problems have not magically disappeared, nor have they by March, April or May.”

So if you are struggling today, what can you do about it?

Get back to nature

Clare says: “It’s winter and sometimes duvet days are good. We need to rest and to heal. Sometimes getting out for a long brisk walk, being grateful and grounded works.”

Lara adds: “Get outside. The weather can make it more comfortable to stay indoors but a brisk walk outdoors can help break a negative cycle.

Nia suggests people revisit how they think about their resolutions around food and weight.

“Instead of number based ones – like losing half a stone or fitting into a size 10 – think about something feeling based – like aiming to feel better about your body,” she says.

“I do a lot of work around body image as this is such a widespread issue. With my clients we talk through what messages they got about food when they were growing up, and of course there are the messages we get from society and the media too.”

Listen to your body

“What’s important is to be in touch with your body,” says Clare. “What is it feeling? Listen to it for clues as to what you should do. Bring mind and body together and be kind to yourself.”

Lara says: “Reconnect with hobbies you may have fallen out of routine with over the holiday period or as the year has gone by and got busier.”

She adds: “Talk to friends and family and arrange to meet up. And create some healthy routines to keep you motivated and make it easier to make helpful choices.”

Clare says: “It takes effort and energy sometimes to maintain a level of wellbeing. We can be naturally a little low on mental health reserves  and vitamin D at this time of year.

“Be kind, rest and reconnect can all help, especially where problems are amplifying or not understood. A therapist can help process this in a safe way.”

Therapy is there for you at any time of the year, not just Blue Monday, say our members.

“For those who experience mental health difficulties, such as depression, any day of the year can be a struggle,” says Nia.

“To anyone who is struggling right now I’d say please seek some support, either through your GP, a friend or a counsellor. You’re not alone and support is there.”

Clare adds: “This is a time to reconnect with ourselves and working with a therapist can be helpful to work out where there’s a disconnect.”

“Being heard is really important to our sense of wellbeing. Thinking out loud and being supported by a qualified therapist while you’re on your journey into the future, whatever month it is, can help explore a whole range of experiences, not just blue.

Lara concludes: “If it feels too much, seek the help of a professional through counselling.

“Counselling can offer a space that is completely yours, to speak with someone openly.”

If you want to speak to a therapist, find a BACP-registered therapist near you. 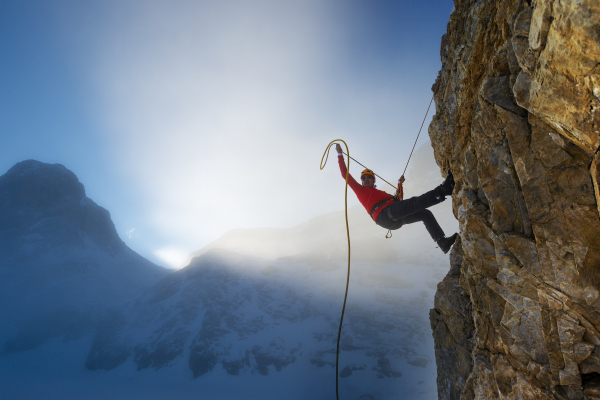 Find out how counselling works, what therapists do and what happens in a therapy session. We also explain some of the key terms and concepts you may hear.