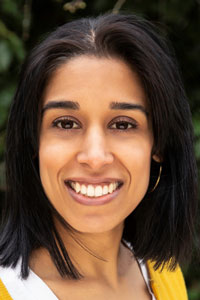 I'm a doctoral researcher, MBACP senior accredited counsellor and psychotherapist, supervisor and writer, living and working in the Peak District. My research looks at the lack of Black and minority ethnic women in health leadership.

In a landmark paper in 1989 legal scholar Kimberlé Crenshaw asserts, "Address the needs of those who are most disadvantaged; then others who are singularly disadvantaged would also benefit." This is pertinent still for the therapy profession; for supervisors, managers, therapists, as well as training and professional organisations. Why?

In the UK, Black, and minority ethnic women are disproportionately underrepresented at senior levels in any sector, as highlighted by a Trade Union Congress report in 2020. Their becoming stuck at lower levels of an organisation, occupational segregation, is a widespread phenomenon - counselling and psychotherapy are not exceptions. This is particularly striking given that the field overwhelmingly comprises women. And it begs the question: what are the impacts on clients of the disproportionately low representation of Black women leaders in our field?

The problems: misogynoir and more

According to a largescale US survey ‘Women in the Workplace’ conducted by McKinsey & Company and Lean In in 2020, Black women experience the widest range of microaggressions. Many would call this an example of misogynoir, a term articulating anti-black misogyny and coined by US academic Moya Bailey in 2018. Notwithstanding the huge diversity within this group, Bailey and others show that Black women are exposed not only to the racism and sexism that other racially minoritised women face, but also to anti-blackness. Worse, the discrimination that may ensue is more than the sum of its parts, intersectional discrimination. And, this is likely the minimum discrimination experienced. What about Black women who also work part-time? The substantial inequity associated with working part-time, usually borne by women, is also well-evidenced by eminent scholars such as Joan Acker. Or what of those Black women with dark skin tones, also exposed to colourism? Furthermore, being the onlys in many settings, and associated feelings of unbelonging, only exacerbates distress from multiple discriminations. Conferred with little societal power, a bleak picture emerges for many Black women.

The overwhelming physical and mental health impacts of workplace racial discrimination alone are robustly evidenced by, among others, Dr Habib Naqvi, an academic and Director of the NHS Race and Health Observatory, and Professor David Williams of Harvard University. Higher blood pressure, heart rates, cortisol secretions and unhealthy behaviours are known impacts of discrimination. Some, using the renowned philosopher Pierre Bourdieu’s (1991) term, have described the impact of racism as a form of symbolic violence.

The Women in the Workplace survey from the US says that Black and minority ethnic women are three times more likely to think regularly about leaving their jobs. Given evidence of anti-blackness, it seems likely that this figure would be higher for Black women alone. However, there's limited spotlight on Black women’s experiences despite the compounded and distinct disadvantages they face. Crenshaw (1989) described this, chillingly, as their erasure - focus (theoretically and in practice) tends to be either on Black men or White women. This is not only a business problem for our field given the known financial benefits of diversity at all levels, but a legal (Equality Act 2010 and Race Relations Amendment Act 2000) and moral one too.

Inclusive organisational cultures are heralded as an antidote to discrimination. And, leadership has been regarded as the single most important determinant of organisational culture by Professor Benjamin Schneider and Dr Karen Barbera. This finding is pertinent for the workplace experiences of Black women and all marginalised staff. Health leadership expert Professor Michael West puts it this way, "If it’s not inclusive, it’s not compassionate." He advocates compassionate leadership, the principles of which coincide with many of those in BACP's Ethical Framework. West offers recommendations for leadership that seeks to be more inclusive, for example:

The amount of support required by marginalised professionals is potentially proportionate to the multiplicity of disadvantage faced. Further, supervisors and managers are pivotal to promotion and retention rates, being fundamental to reducing and preventing stress, as are colleagues, found an acclaimed review of research conducted by Billie Coomber and Dr Louise Barriball of Kings College, London (2007). This underscores the need for supervisors and managers to have a robust knowledge of the mental and physical impacts of discrimination, such as that touched upon above, it's worth even YouTubing Professor David Williams. Such knowledge holds hands with psychological safety, argued here to be an antidote to discrimination.

The big picture and clients

A topic as complex as inclusivity for the most marginalised requires a long-term systemic approach that engages not just whole organisations but whole societies. This modest attempt to mention some meso and micro level related issues has not, for example, touched on the areas of organisational policy, recruitment, training and monitoring. Nor on the huge and integral issue of what I call everyday colonisation, taking the view that UK societal and workplace racial inequalities are a legacy of colonial history. Systems of knowledge production in psychotherapy, like many other fields, have been dominated by Western perspectives. Approaches are often colourblind and underestimate power dynamics. I gently nudge both me and you to read some more – especially the work of Dr Elaine Arnold, Dr Isha McKenzie-Mavinga and Lennox Thomas.

The question was raised earlier of the impact on clients of the under-representation of Black women at senior levels in the counselling professions. Undoubtedly it feeds into a lack of awareness of power systems affecting Black women clients, amongst other groups. Might this affect our ability to empathise and relate? Yes. Might we end up perpetuating rather than interrupting discrimination if we don’t step up our learning and humility? Certainly.

Please contact the author for further details of references.