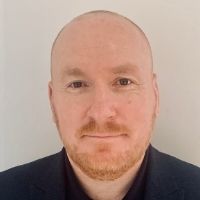 I'm Steve Mulligan, our Four Nations Lead in our policy team. I lead our public affairs and partnership engagement work to increase the profile of the counselling professions in Northern Ireland, Scotland, Wales and devolved England, as well as managing our UK-wide political campaigns, including our Covid-19 campaign.

I'm Jeremy Bacon, the Third Sector Lead in BACP’s policy team. I'm developing our work to engage and promote third sector organisations that deliver counselling and psychotherapy across the UK's four nations. An important aspect of this work is the focus on equality, diversity and inclusion in the counselling professions and the role of community-based organisations in removing barriers to therapy.

This year, the Refugee Week theme spoke to the life-changing work that many of our members are doing to help address the deep psychological trauma which many refugees face on their recovery journey.

This week, we’ve shared blogs from our members working with refugees from Ukraine, members providing help to displaced and traumatised people and families, as well as Amna, an organisational member that works with refugees who are still making their journeys from homes lost during conflict.

There’s substantial evidence of elevated rates of mental ill health among refugees and asylum seekers. It’s estimated by the Refugee Council that 61% of asylum seekers experience serious mental distress, and refugees are five times more likely to have mental health needs than the UK population. Refugees are also up to 15 times as likely as the general population to be diagnosed with depression or post-traumatic stress disorder (PTSD)1.

The Centre for Mental Health has reported that mainstream mental health services often fail to understand or provide services that are acceptable, accessible and meet refugees particular cultural and other needs.

We know from our discussions with third sector organisations working with refugees and asylum seekers that once they reach the UK, they face a long wait for appropriate mental health support, and many find themselves having the additional challenge of navigating often overstretched and complicated routes to treatment, with little support.

Over the past 18 months our policy work has increased our focus on lobbying for improved access to trauma-informed and culturally sensitive therapy. While there’s been heightened media and political attention on the crisis in Ukraine and the plight of refugees fleeing the conflict, there is an imperative to ensure that support is extended to all refugees.

To better understand the challenges refugees are facing, we’ve spoken with agencies and charities across the UK who're supporting vulnerable people and families from the many conflict zones around the world, all of which have strengthened our understanding of the importance of psychological support.

A big focus of our role has been to liaise with governments and political leaders across all the UK nations to ensure that appropriate and culturally sensitive therapeutic support is fully factored into support measures. At a UK level, we briefed the Afghanistan and Central Asia Association in advance of their engagement with Victoria Atkins MP, Minister for Afghan resettlement.

In Scotland we met Alex Cole Hamilton, the new Liberal Democrat Leader, and Neil Gray MSP, the new Minister for Ukrainian Refugees, to highlight the need to ensure funded therapy is included within the Scottish Warm Welcome for refugees. In Wales, we’ve written to health spokespersons and party leaders and seen parliamentary questions from Jane Dodds MS, the Welsh Liberal Democrat Leader.

In Northern Ireland we’ve engaged with Barnardo’s, who are leading a service to support people from Syria who arrived as part of the UK Government’s Vulnerable Persons’ Resettlement Scheme. We wanted to better understand the gaps that exist in current provision.

In our response to the Northern Ireland Government’s consultation on its Resettlement of Refugees Strategy in March, we urged recognition of the impact of the refugee experience on their emotional and mental wellbeing, the barriers to services that refugees face, and the importance of access to specialist, culturally sensitive, and trauma-informed psychological support.

This important work forms a critical element of our increased organisational focus on equality, diversity and inclusion, ensuring that life-changing counselling is accessible to some of our most vulnerable people and communities.

Included in our response to the UK Government’s 10-year mental health and wellbeing plan consultation, is a call for the psychological needs of refugees to be recognised and for improved access to life-changing psychological support.

You can add your support by signing our campaign petition.