My perspective
Survived: but at what cost?
Cordelia Galgut on the possible long-term effects of cancer treatment 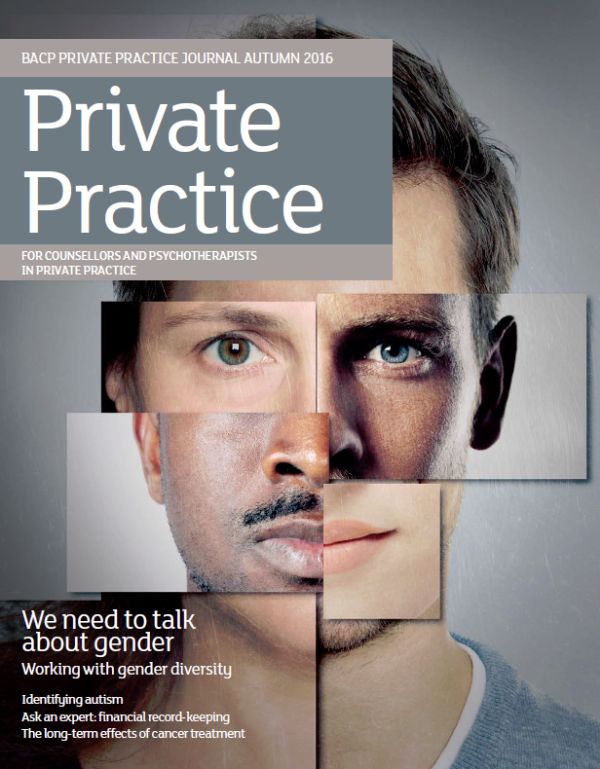 In the 11 years I have been practising as a therapist, no single global or political event has entered into the therapeutic space with the frequency that Brexit did in the weeks following the EU referendum on 23 June. Many column inches have been devoted to the scaremongering on both sides of the referendum campaign, which tapped into primitive anxieties pertaining to safety and security in relation to self and other. Comparisons have been drawn to the rise of the Nazis in the 1930s, where the distorted ideology of a fanatical few split off and projected collective social ills onto vulnerable minority groups.

As therapists, we work all the time with the inherent conflicts and polarities that play out in both our clients’ psyches and our own – the primitive defences of splitting, projection and projective identification. Currently we see these same defences playing out on a national and international scale, and the reduction of complexity into fixed binary opposites. I fear that, instead of an increased move towards unity, parity and togetherness between classes, ethnicities, faith groups, sexualities, nations etc, society is splitting and fragmenting, and suspicion and intolerance of those who represent diversity and difference is on the rise.

On a separate but connected note, one way in which binary opposites function so pervasively in our culture is in the social construction of gender into two fixed categories: male and female, boy and girl, man and woman. This has gone largely unquestioned until the emergence relatively recently of a more nuanced way of thinking about gender, which sees the possible gender identities not as reduced to just two fixed positions but instead as a whole spectrum of possibilities existing along a continuum between masculine and feminine.

Conceptualising gender in this way brings a whole new perspective to the transgender experience. Where an individual’s gender identity conflicts with their body and gender role, the medical model has traditionally seen this as a problem to be fixed through hormone therapy and surgery. While this might indeed be the desired outcome for many transgender people, it is not necessarily the case for all. As Debbie Clements writes, ‘Gender identities, and resulting sexual identities, are multiplying. If you haven’t yet worked with a client who is trans (to your knowledge), it’s very likely you will do soon. I hope when you do, you will keep an open mind to gender. The harm of not doing so still echoes through our profession.’

While a binary view of trans identities accurately reflects the experience of some members of trans communities, for others, there is less of a desire to fit in or identify with societal gender norms. It’s important then that we familiarise ourselves with the rise in non-binary gender identities, and start to think beyond male and female, gay, bisexual and heterosexual – all identities that rely on a binary model. Kaete Robinson (page 21) is a therapist in training who also works for METRO Charity delivering training in how to improve the experiences of LGBTQ+ young people. Kaete identifies as ‘genderqueer’ and argues persuasively for a more pluralistic model of gender, one which ‘must involve an understanding of the breadth of trans experiences, and must reach beyond the binary, physically focused and assimilationist accounts provided by the mainstream media’.

If we’re comfortable that our sex and gender identity match up – which makes us ‘cisgendered’ (from the Latin ‘cis’ for ‘on the side of’) as opposed to ‘transgendered’ (from the Latin ‘trans’ for ‘across, over or beyond’) – it’s highly likely we will have thought little about our own gender identity. The risk of this, when faced with a transgender client, is that our own prescriptive view of gender will unconsciously influence the way we work with that client, and that we might fail to recognise and acknowledge the innate power imbalance in a therapeutic relationship between a cisgender therapist and transgender client. As Debbie and Kaete both point out, it’s never the client’s responsibility to educate us about trans issues. I hope their articles will encourage you to consider your own relationship with trans identities, and to continue to learn about trans issues.

Kaete writes about the concept of ‘therapists as allies’, taking the term from social justice terminology in which an ‘ally’ is a person who doesn’t belong to a minority group, but who recognises the discrimination faced by this group and actively works to counter it. In these increasingly divided times, as a profession, we have a vital role to play as allies through the respectful, supportive collaborative alliances we form with our clients, and in our wider roles as agents of social change, committed to valuing diversity and ensuring inclusion for all.