Most of us have used satnavs to help us to get somewhere. We take it for granted that the first thing they do is establish the starting point. If you don’t get that right, you’ll never reach your destination. However, there’s an important aspect of the starting point of some therapy clients that’s often overlooked by therapists: autism and neurodiversity. As a therapy client I discovered this the hard way; therapy never seemed to really get to the root of my difficulties, even though I tried various therapists with various approaches.

It was my discovery that I’m autistic (I’m using the term to cover the whole autism constellation, including Asperger’s syndrome), rather than therapy, that transformed my experience of life. None of my therapists suggested this, and those who responded to my informing them of my Asperger’s syndrome diagnosis, expressed surprise about it. My own training as an art psychotherapist didn’t cover autism, and I haven’t come across a current therapy training that does. I’m so concerned that many therapists don’t have enough knowledge of autism to recognise the condition as a foundational element in the starting point of some of their clients, that I now offer training about autism to therapists.

When offering training, I’m sometimes asked to focus on how therapists can identify and work with autism, rather than to provide information and describe how autistic people are affected by the condition. I understand this need, but I think it’s vital to first have a basic knowledge of autism in order to understand how it might be affecting clients, before adapting working practices. There’s a need to lay the foundations before beginning to build.

However, there are some basic practices that are autism friendly and will benefit all clients: being aware of the sensory environment and not having clutter; providing ‘stim toys’ (things to fiddle with); and explaining at the outset how you work and what the boundaries and expectations are. If you feel a client wants to know more personal information about you than you would usually share, it’s useful to know that, due to a lack of the ability to garner information about people via non-verbal communication, some autistic people need more direct knowledge about someone to enable them to feel safe enough to explore their own issues.

Often autistic people who come to therapy are unaware they’re autistic. They come with the same presenting issues as non-autistic people – anxiety, depression and difficulties in relationships. So, how is a therapist supposed to discern who is autistic? There’s no easy answer. All autistic traits are human traits. The difference is in the way these traits are configured, and in their intensity. I believe that a thorough grounding in autism should be part of the basic training for therapists, as without this, autistic people will continue to have difficulty making use of a process designed without awareness of how neurodiversity affects daily functioning.

There are some things that can ignite a ‘possible autism’ light. Autistic* people by definition are atypical and generally we know it at some level. Autistic clients will usually have felt different all their lives. I say usually because environment is a major determining factor in how a person is affected by autism. Some autistic people growing up in autistic families (a common occurrence since autism is genetically transmitted), or in autism-friendly environments, such as areas of academia or the aristocracy, might not feel different until and unless they leave their familiar environment. So someone saying they have felt different all their lives, should flag up the possibility of autism. Also, due to this difference, most autistic people have been bullied at school or at work. Obviously, having been bullied doesn’t mean that someone is autistic. However, it does add to the strength of the light alerting you to the possibility. Other indications, which are not stand alone, are sensory issues, difficulty with self-management and organisation, a tendency to extremes and strongly felt opinions and difficulty regulating (and sometimes even being aware of) feelings.

If, as a therapist, you think someone might be autistic, what is the best way to broach the subject? This is a judgment call – there’s no single right way to do this, or right answer. Of course, you are only in a position to wonder if a person has considered autism, not to diagnose the condition, but nevertheless this question alone can be unwelcome and upsetting for the client. Even if this suggestion is taken positively, it doesn’t provide a definite path forward. Diagnosis is inconsistent (different clinicians use different protocols to diagnose autism) and can be expensive if done privately, and time consuming and exhausting if done on the NHS. (First, the gatekeeper, generally the GP, has to be persuaded to refer, and then there is often a long waiting list.) Some diagnosticians want background information from parents and will not consider diagnosing people whose parents aren’t willing (or indeed alive) to offer this. However, I think rather than assuming that diagnosis would be the way for the client to proceed if they think autism is relevant, it’s best if the therapist has knowledge of the resources and books available and can point the client in the right direction. There’s now an overwhelming amount of information about autism on the internet, some of it just plain scary and wrong, so it’s useful to have prior knowledge of what sources of information are likely to be authoritative and reassuring.

For the vast majority of autistic adults, discovering that they are autistic is positive. (You can confirm this by checking out the #actuallyautistic tag on Twitter, where there are many tweets referencing blog posts to this effect.) However, this isn’t always the case. Some people are insulted, shocked and distressed that anyone could imply that they are not ‘normal’. The suggestion that you might be autistic can feel like an accusation that you’re basically wrong, that the beliefs and values you hold dear aren’t in fact yours, but belong to some condition you’d rather not know about, let alone have.

In his excellent book, Neurotribes, Steve Silberman suggests it was due to adverse reactions that Lorna Wing (a pioneer in the field of autism) coined the term Asperger’s syndrome: ‘Lorna introduced a new diagnostic label, conscious of the social stigma that the word autism carried. This was less a strictly empirical decision on her part and more like smart marketing. She wrote: “Parents without special experience tend to overlook or reject the idea of autism for their socially gauche, naïve, talkative, clumsy child or adult, who is intensely interested in the times of tides around the coast of Great Britain, the need for the abolition of British Summer Time, or the names and relationships of all the characters who have ever appeared in a television soap opera, such as Coronation Street. The suggestion that their child may have an interesting condition called Asperger’s syndrome is more acceptable.’’’1

So, before suggesting to someone that it might be relevant for them to consider if they might be autistic, it’s helpful to know them well enough to be able to gauge their likely reaction to this information, and also to be able to provide useful material for them to understand what autism is and why you’re suggesting it. Although I was diagnosed with Asperger’s syndrome, nowadays I refer to myself as autistic – I think it’s accurate and inclusive. However, due to the strong negative associations still attached to autism, therapists and clients might initially be more comfortable using the term Asperger’s syndrome, despite it being rejected as a diagnosis in DSM-5.

The experience of being newly diagnosed

A common trajectory following on from identifying as autistic as an adult, is a feeling of relief and elation. However, this is sometimes followed by over sharing and a quite severe dip in mood that comes with the realisation that, although this changes everything about how you see yourself in the world, the world itself is unchanged. I collected the experiences of autistic adults lives unfolding after identifying/being diagnosed autistic, in the short book Being Autistic,2 in order to offer some material so newly identified autistics wouldn’t feel so alone on this journey.

Another thing newly identified autistics have to deal with is the response of family and friends. Finding out one is autistic can be cathartic, and on discovering this amazing new information, the impulse might be to share it. It’s generally not wise to do this too widely before having had a chance to digest and reflect on it. However, impulse control is not one of the strengths of autistics, so despite being warned that it might not be a good idea, some people newly identified as autistic tell all and sundry and are surprised that their own positive response to this news is not shared. What can be most undermining is being disbelieved. Given that many autistics have spent a lifetime trying to pass as ‘normal’, it’s perhaps not surprising that when they declare that after all they are not ‘normal’, they are met with disbelief. This can be very hurtful and these feelings need to be worked through and understood.

Sometimes families and workmates don’t want to accept that an individual is autistic, or worse they will reject the person when they find out. All of these possibilities need to be factored in when considering whether to share with a client your feeling that they might be autistic. Hopefully, this is a challenge that you can meet by ensuring that you get training about autism and then exercise discernment and apply intuition.

* I use the language preferred by autistic people to refer to autistic people in this article. For further reading on this, see Jim Sinclair’s seminal article, ‘Why I dislike “person first” language’.3

Caroline Hearst is an autism educator offering CPD and consultations to therapists and autistic adults, as well as facilitating support groups and programmes for autistic adults. She’s particularly passionate about helping health and social practitioners to identify and understand autism, having seen the positive impact such understanding can have on the lives of previously misunderstood or undiagnosed autistic adults. She is also the founder and a director of AutAngel, a community interest company run by and for autistic adults, and serves on the forum of members of the National Autistic Society and on Reading’s Autism Partnership Board. www.autismmatters.org.uk 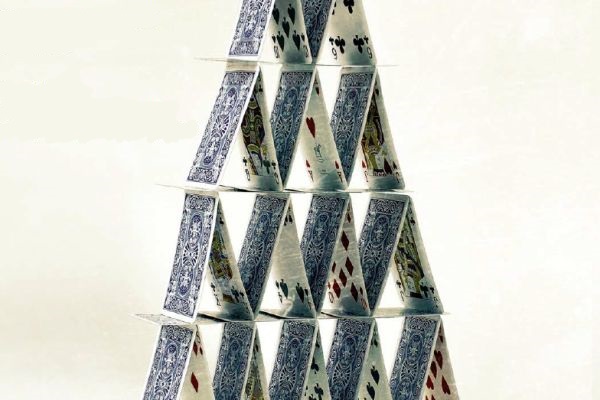 Open article: The supervisory space might usefully be thought of as a delivery room, where the wisdom of the midwife can support that which is seeking to be born, writes Nicky Marshall. Private Practice, Summer 2016 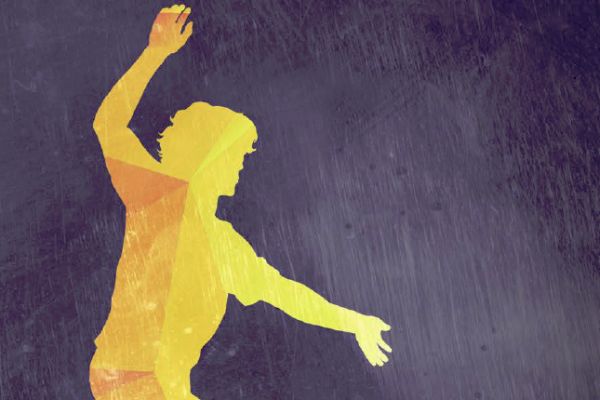 Open article: What is the mysterious process that determines how many clients we can ‘hold’ in our practice, and what factors affect our emotional space and capacity? Across a four-part series of articles, Michael Soth explores some of the fundamental factors. Private Practice, Spring 2016 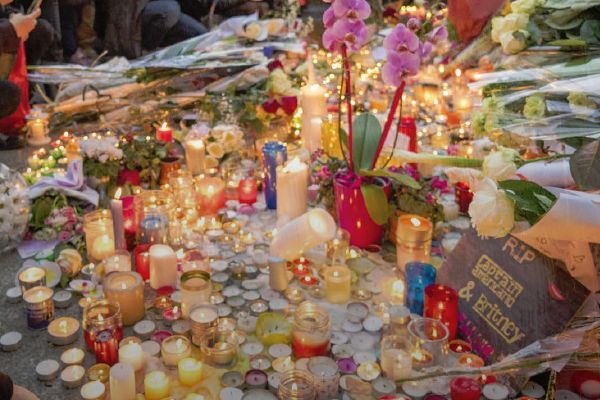 Open article: It’s common practice to explore with clients the physical, mental and emotional impact of traumatic events, but are we bold enough to ask how they’ve been affected spiritually? asks David Wilbraham. Private Practice, Winter 2015

Lydia Andal, Am I Autistic?: A guide to autism and Asperger's self-diagnosis for adults (CreateSpace Independent Publishing 2015)

Valerie L Gaus, Living Well on the Spectrum: How to use your strengths to meet the challenges of Asperger's syndrome/high-functioning autism (Guilford Press 2011)