Four days after the birth of Princess Charlotte Elizabeth Diana of Cambridge, and the day before what is being dubbed as the most closely contested general election for years, I hear these words: ‘They think it’s Alzheimer’s. We will hear the results on Friday.’ My dad talking to me on the phone about my mum. He came across as calm as ever, yet I’m sure that I could almost hear the deafeningly silent scream rising from within his deepest gut. The stifled scream of his small boyhood self, who has never really acknowledged or understood the huge impact that prolonged separation from his own mum had had on him at the age of two and a half. Having been married to my mum, his childhood sweetheart, for 57 years this June, I am guessing this new loss will reawaken the former, like no other loss since. The aggressive and persistent rash covering his back, the outward sign of inner turmoil. A lifetime’s backlog of withheld grief finding expression in skin.

‘They think it’s Alzheimer’s.’ I heard these words that morning, half an hour after I had first telephoned my parents and spoken to my mum. Dad had popped out for a paper. I already ‘knew’ at some level that Mum’s memory hiccups and confusion were much more than the lapses that go hand in hand with ageing. The constant repetition and re-questioning, the immediate forgetfulness, disorientation and tearfulness, alongside her subtle reluctance and inability to cope with cooking instructions and shopping lists and the re-freezing of part-defrosted meals, had all been vital signs. Christmas dinner at their house 16 months previously had been executed without Mum realising the military precision of the pre-planning.

On Christmas Eve, I had surreptitiously made a list of all the cooking times and timings for Mum so that she felt some sense of control over this nightmare process. This didn’t stop her removing the gluten-free sausages from the cooker prematurely, and three times to boot. ‘I think they might need a bit longer,’ I repeated patiently, already fraught at this mid stage of the Christmas dinner preparation marathon, and in spite of the, by now, oppressively hot kitchen. Mum opening the cooker door every five minutes didn’t help.

So, before calling back that morning to speak to Dad directly, I had already asked Mum how her appointment at the memory clinic had gone the day before. She remembered going. Well, that’s a good start, I thought. Then, in her irritatingly endearing, habitual, upbeat way – still putting others’ needs first (in this case mine), as she had learned to do in childhood to please her domineering mother – Mum described how she and Dad had spent about 45 minutes with a ‘very nice lady, very nice indeed’, who had asked her lots and lots of questions (yes, lots and lots). ‘How did you get on?’ I continued encouragingly. ‘Oh… I would say that I could answer most of them, apart from about 15 to 20 per cent,’ Mum replied, still sounding consistently upbeat. I didn’t detect denial, although both she and my dad are well practised at this. In fairness, Mum genuinely sounded like her responses would carry her through – that she had performed well.

While, on the face of it, answering more than 80 per cent of the questions sounds good, I already knew from reading Lisa Genova’s excellent book about early onset Alzheimer’s disease, Still Alice, and subsequently seeing the film, that it is not the number of questions that you can answer that matters; it is the specific nature of the few questions that you cannot answer that holds the key to a diagnosis of Alzheimer’s.

While a diagnosis isn’t always a prognosis, with this disease it is nonetheless more akin to being called an ‘addict’, a sort of diagnosis of doom. As a counsellor, where appropriate, I tend to resist rather than rely on the medical model of mental ill health, and am slightly averse to the so called ‘diagnosis’ and strict labelling of clients’ presenting problems. The person is much more than the problem – is not simply reducible to the problem. Naming things is a map rather than the terrain. A signpost to what might need to be done. Yet it is too easy for individuals to become the label, to lose the sense that they are anything other than the ‘diagnosis’. Maybe the difference and sad truth of Alzheimer’s is that the problem does become bigger than the person. It isn’t just life limiting, it is life consuming. It consumes memories voraciously.

Yes, once in its jaws, this unforgiving disease of the brain, slowly but surely, eats away at the person who ‘is’, leaving only remnants in its wake. This is a harsh image and one that any of us, caught up in the wash and ripples, have to see in all its reality to believe. They say embracing what we most fear diminishes its hold – an idea that I admit to having advanced to many clients who fear both their fear and their panic attacks. ‘Make friends with your panic and it will soften.’ I recall saying such things. If only it really were as easy as that. The truth is, I don’t want to lose any more of the mum I know before I lose her to death; so right now, I can only say a big ‘No’ to making friends with her Alzheimer’s. No with a capital ‘N’. I know, I know, don’t tell me, I will get through this shock and denial stage of grief. I wonder how many of our clients are insulted when we say this to them? When we leap in prematurely in a valiant quest to dull the pain that they actually need to ‘feel through’.

I feel the loss of what Mum and I haven’t had almost as strongly as I feel the loss of what we have had and shared together. When my husband and I joined my mum and dad for a week of their two-week holiday in Tenerife four years ago, I remember saying to her: ‘The biggest regret I have, Mum, is not giving you the opportunity to push a pram with my child in it. You would have been a brilliant grandma to my child.’ And I know this because I have experienced Mum in her role as grandma to my elder brother’s three children. While Mum’s over-nurturing of me (too much soft love, not enough resilience and self-esteem-building tough love) undoubtedly left me with vital developmental deficits, I know I would have been able to temper her over-protectiveness of my children, to dilute it with polite guidance and instruction around limits and learning.

I remember that Mum would always have a ready supply of vests, pants and pyjamas in the spare room chest of drawers for her grandson and two younger granddaughters, just in case. I smile to myself when I stay over and find that these bedside drawers are still full of stickers, coloured pens and pencils, notebooks, hair slides and Molly Brett and other children’s books, even though her grandchildren are now well into their late teens and 20s. In Mum’s ailing mind, they are still children. I secretly love riffling about in the drawers and pinching the odd pack of unused crayons. There are three books that belonged to Mum as a child that I have my eye on – one about two penguins called Pen and Gwen. I feel a surge of love for my mum’s inner child as I visualise these books and look at the photo I have of Mum aged five.

Whether I like it or not, Mum and Dad are inveterate ‘rescuers’. While this role looks good at first sight, it is more about the person doing the rescuing than it is about the person they are rescuing. It confers a sense of superiority and feelings of worth. Maybe a sense of purpose, meaning or identity. Rescuers disavow their own needs and vulnerabilities. Nurses and counsellors are often giving care in order to get the care they crave inside. Care in the form of praise, gratitude, appreciation and recognition is relished, even if surrogate. Being idealised or put on a pedestal is surprisingly addictive.

So how will Mum and Dad deal with this latest news? The cost of more pretence, for the sake of those blessed ‘appearances’, will be increased isolation and zero offers of genuine support from those around them, as the truth becomes impossible to hide. Their instinct will be to resist and kindly refuse any support from professional care providers. And there is absolutely no way on this earth that either of them will consider going to anything like a memory café or support group – at least at this early ‘manageable’ stage. They are too proud (for that, read ‘ashamed’). Rescuers don’t have ‘needs’, remember. They learn, very early on in life, to lock them away – that others seem to matter and mean more.

Six days after Mum’s diagnosis, I’m already wondering whom they will tell, now that it’s formal. Now that the memory problem caterpillar has begun its slow but sure emergence into the Alzheimer’s butterfly. This is a form of butterfly unlike any other. It has none of the colour, grace or beauty of the aristocrat butterflies – the Peacock, the Red Admiral or the Painted Lady. Its wings are more akin to the raggedness of the comma, its texture more moth-rough. Yet in its uniqueness lies its tragedy. The life span of the Alzheimer’s butterfly is infinitely longer than most butterflies. Many seasons, rather than two or three. More autumnal decline and winter dormancy than spring birth, pupation and summer growth. That its population is also growing isn’t all good news.

Unfeigned joy was the dominant emotion of that weekend and I will never forget the sunny spring morning that the three of us spent together in the beautiful terraced gardens of Upton House near Banbury. Sitting side by side on an east-facing bench, looking over the large, square, reed, fish and lily-filled pool – each of us enjoying and held by the tranquillity, beauty and stillness of our bucolic surroundings under a blue sky. Another fresh memory to cherish, at least for Dad and me. Mum loves her own garden and gardening. Later that afternoon, I watched her pottering about in it. Clipping bits of excessive leafy growth from the shrubs – just as Alzheimer’s is busy clipping away Mum’s most recent neural connections. Broom and bucket in hand, she scrubbed the bird bath with such untypical vigour that I found myself wondering if she was in some way releasing her own pent-up frustration and anger at her situation. Attempting to splash away the diseased bits of her brain, as she splashed out the dirty water from the avian washbasin.

Trudi Dargan is a writer and integrative counsellor in private practice in Gunnislake, Cornwall (near Tavistock in Devon). She has a particular interest in loss and change throughout the life cycle, and works with adults on a one-to-one, face-to-face basis. 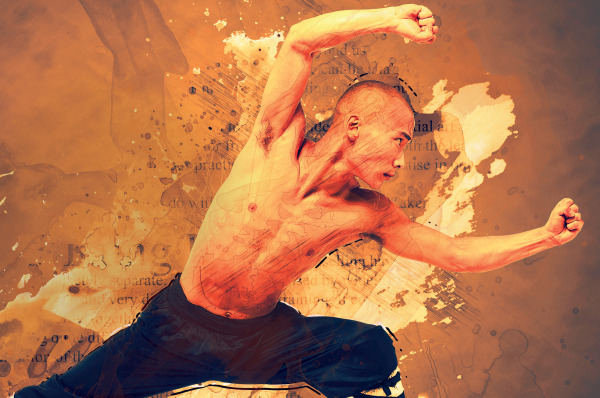 Record keeping and the law 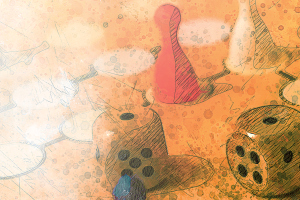 When is it time to retire?

Open article: Anne Power explores some issues faced by therapists approaching retirement and the challenge of closing down a service they may have been offering for decades. Private Practice, Spring 2017 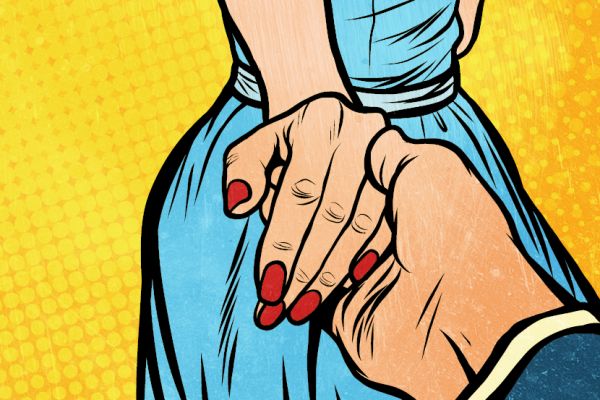 Love and its shadows