I work as a psychotherapist and am the manager of a small counselling/psychotherapy service for a charity, called Refugee Resource, working with people who have lost their homelands and are suffering from mental illness.

Mental illness is defined in different ways according to culture; some see it as a weakness and a disgrace, some see it as demonic possession, and some see it as springing from a weakness in faith. The first thing we as counsellors need to do is assure our clients that they are not mad, but that having survived the events most of them have endured, it is only human to suffer mentally and emotionally, as we all would under such circumstances.

The events that many of our clients have undergone include war, torture, witnessing loved ones killed or tortured or dragged away violently, bombing, destruction of what is known and valued, long journeys on foot across inhospitable terrains such as mountain ranges and deserts, being packed into rubber dinghies in which some people go mad, seeing other people dying en route, brutal border guards, starvation and exhaustion, untreated wounds and illnesses, and finally, on reaching the UK, authorities that may not believe their story. They may also have endured poverty, cold, racism, and a sense of having lost themselves (language, qualifications, role, social standing, family, home etc).

The symptoms for which people are referred to our team include, but are not limited to: loss of trust in people; lack of sleep or ability to rest and relax, leading to chronic exhaustion, which in turn leads to numerous physical health symptoms; nightmares and flashbacks; suicide ideation or actual suicidality; terror of living/the future/going out; complex grief and depression; major anxiety about family left behind or lost; and a sense of shock or disbelief that
life has become like this.

Well over half of our clients have an active religious faith, and, for many, this is Islam. The current attitude to Islam in the UK by some is extremely upsetting to Muslim people, putting them together en masse with the fear of terrorist acts, questioning their right to wear a headscarf, and generally creating a sense of fear and division which has been compared to the way in which Jewish people were portrayed as ‘other’ in 1930s’ Germany and throughout the rest of Europe at the same time.1

Our Muslim clients are people who have fled countries often because they were opposed to particular regimes and came into opposition with them, or because they found their lives were in acute danger and it was untenable to stay where they were living. They are just like we would be if the UK was to fall into societal breakdown and become unstable and unsafe.

It has become clear to those working at Refugee Resource over the years that those Muslim clients who have faith tend on the whole to do better in counselling and have better outcomes than those who do not. This remains the case even for those whose faith has been shaken badly and for those who have found the restrictions of their religion hard to bear. For some, faith is actually strengthened when they lose everything, for they perceive themselves to have nothing left but their religion and the certainties it represents.

M arrived in the counselling room angry, aggressive and convinced he was being persecuted as he had been in a minority in his country of origin. He said he never slept and that he hated everybody. The only way he could survive, he believed, was never to trust another human being as long as he lived. He hated the secular society of the UK too, seeing it as being full of temptation to go further wrong, with drink, sex and drugs freely available. Yet something stopped him actually taking advantage of these temptations. At first he said he wanted to be like his uncle, who had been a powerful and highly revered man in the town of M’s origin, and as his uncle had resisted temptation, so would he too. As he calmed down and began to feel safe in the counselling sessions, M talked more of his uncle, who had been killed in the family home, and how he had maintained his composure, thanks to his faith in an ultimately just God. M was convinced his uncle was now in a better place. As he began to be able to manage his rage and think more clearly, he also started to attend the local Mosque, where he quickly became something of a leader due to his knowledge of the Qur’an and his growing capacity to reflect on the teachings in the Qur’an. A breakthrough in his psychological journey came when he realised that Islam is the same the world over, and that one thing he had not lost was his brothers and sisters in Islam. Internally, his family was partially restored to him by this.

For M, the way ahead and how to live, became clear because of the strength given to him by his rekindled faith. His natural gentleness shines through now, and he no longer needs to be aggressive to feel strong. It is not unusual to meet clients whose faith has taken a knock but who rediscover it in a new way as survivors who are wondering why they alone, of all their family, have survived.

Z arrived very unwell, suffering deeply from a sense of having lost God and being damned because she had had to disguise herself and her very ill husband in order to flee imminent danger. To her, the disguise had been a lie, and she believed that, above all, God abhors lying. There was no way back because the ‘lie’ had of course worked, as they were now safe in the UK. Her counsellor tried several ways to put it to Z that she had had no choice at the time, that anyone would have acted as she had and that survival becomes the uppermost drive when one’s life is in danger. But nothing worked, until the counsellor tentatively suggested that if she, the counsellor, could understand Z’s action, how much greater would be the understanding and compassion of an all-wise, all-seeing God? Z wept and asked how the counsellor, who was not Muslim, could understand her religion so well? The counsellor, who was not religious but who had had a Christian upbringing, said that the Christian God was the same God as the Islamic God, and that this was how she knew. Somehow, this proved to be the turning point for Z, who became more relaxed and able to forgive herself. From feeling that she had been guilty and damned, she now became warm and alive, and was able to enjoy praying again. She now believes that God was testing her faith, and that because this is strong and alive, she is safe and loved again.

This sense of a God who tests faith is a frequent theme. In the Qur’an is the tale of Ayubb, whose story is essentially the same as that of Job in the Christian Old Testament, or in the Jewish Torah. Ayubb was happy and well off, but as a test of his faith, Allah caused him to lose his wealth, family, health and standing. Diseased and alone, he held on to his faith in the goodness and mercy of Allah, and as a result, his family and health were restored. This story is the inspiration for people who find life treats them like Ayubb, and gives them a sense of meaning which, without faith, is easily lost. The loss of being able to tell oneself a story about one’s life is one of the greatest losses our clients suffer, because it makes life and suffering meaningless and therefore the future unknowable, the path ahead murky. Suffering needs to be understood in context. For Muslim clients with faith, all their losses, of country, home, language, health, social standing and loved ones, make sense in the context of a loving God who tests the strength of one’s faith. Sometimes, all a person has left are their five-times-daily prayers, and yet these are what carry them through the darkest times, and even inspire others. Many of our Muslim clients who have lost everything come to see their stories thus: I suffered, therefore I work to end suffering. A high proportion go on to become nurses, care assistants, doctors, and show a great respect for frail and elderly people. Often, they are shocked to the core by the lack of respect towards those who suffer, shown by those who do not have a sense of a God who calls on all to act morally, even when they cannot be seen by another person.

The time of year when our Muslim clients do best is during the long fast of Ramadan. The focus on praying lights up their pale, thin faces, the sense of belonging to a global family that transcends borders is more apparent than ever, and the Muslim community ensures that no Muslim is excluded from the meals after sunset. Even our homeless and lost young men, who belong to nobody and are generally alienated and miserable, are included in the night-time meals and the daytime prayers. In a show of support, the staff at Refugee Resource do not provide biscuits and drinks to all who come through our doors for these 40 days, nor do we eat or drink in front of our fasting clients. For 40 days we support the common purpose, to focus on and celebrate spirituality, as a mark of respect and honour to Islam, which brings so many together and gives so much support and enrichment to its followers.

Sushila Dhall has worked at Refugee Resource, Oxford for 13 years. She works both as a psychotherapist and as manager of the counselling and psychotherapy service. Educated to UKCP level, she has taken numerous further courses in cross-cultural working, trauma and the neurology of trauma. 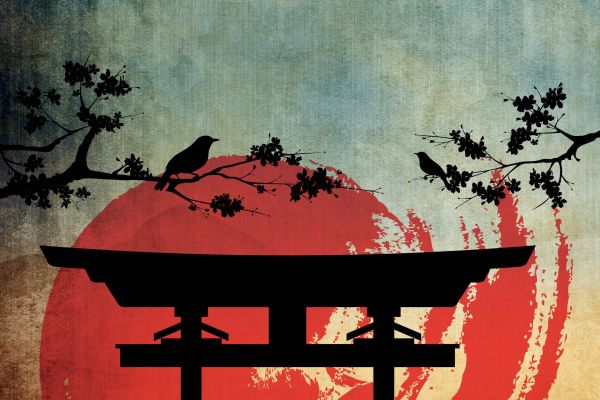 Counselling with reiki - a road ahead?

Free article: Carolyne Hill takes us on a journey to Japan and explores the benefits of reiki in her counselling practice. Thresholds, Spring 2017 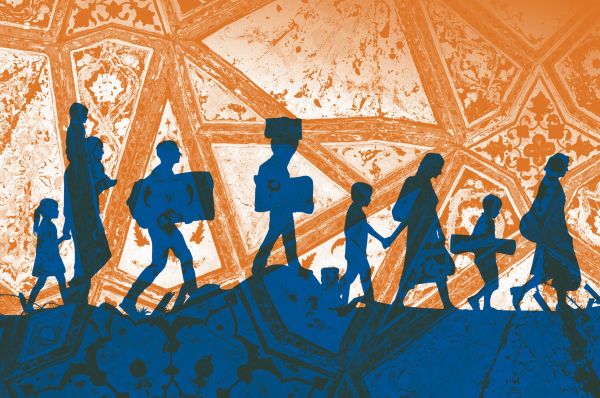 On the supportive role of Islam in working with refugees, asylum seekers and vulnerable migrants