‘Working together’ to reduce suicide and improve support for those bereaved or affected by it is something we strongly believe in.

Whether we’re highlighting Coronation Street’s suicide storyline in May, holding a Working with Suicide in Universities and Colleges Conference in June, or responding to the Scottish Government’s target of a 20% reduction in suicide rate in August, we are committed to playing our part as members of the NSPA. 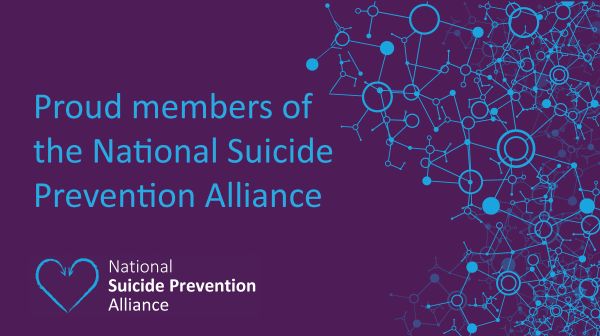 Chair of BACP, Dr Andrew Reeves, says: “Our 46,000 members understand that many kinds of emotional pain can lead to thoughts of suicide, and often deal with this on a regular basis. Working with suicide risk is something I have personally addressed in an article for this month’s Therapy Today. Where do we go from zero?

Open article: Andrew Reeves urges counsellors to have the courage to talk to clients about suicide. Therapy Today, September 2018

“When a person reaches a point where they feel they can no longer cope due to the overwhelming pain, it needs to be recognised that they may not truly wish to die. However, they need help to cope in that immediate moment.

“Talking with a professionally qualified and BACP registered therapist can help by allowing the sharing of thoughts and feelings, as well as working on ways to feel safe and re-engage with life.

“Therapy can change lives in such a way that other ways forward can be considered once more.”

The NSPA was set up in 2013 to bring together public, private and voluntary organisations to act to prevent suicide in England and support those affected by it. As well as ourselves, there are over 250 members and supporters including the charities Samaritans, MIND and Rethink Mental Illness, as well as local authorities, health bodies and businesses.

Brian Dow, Director of External Affairs at Rethink Mental Illness, and co-chair of the NSPA said: “NSPA members working together are making suicide prevention more effective by using the expertise of partners and relevant organisations, like the NHS and the police, to reach as many people as possible and make suicide prevention everybody’s business.”