Our member Nicola Vanlint has praised Olympic champions Simone Biles and Chris Mears for opening up about their mental health.

Biles, the four-time Olympic gold medallist, withdrew from the Tokyo games to prioritise her mental health, while Mears has spoken on national television about his post-Olympics depression and how therapy helped him.

“Chris’s message about men talking about their mental health is so relevant. There’s still stigma around that.

“For a person of his stature to talk about it and say he’s had therapy then that might encourage other men to seek it.”

Speaking after withdrawing from the Olympics, Biles said she was putting her mental health first.

“I have to focus on my mental health,” she said. “I just think mental health is more prevalent in sports right now.

"We have to protect our minds and our bodies and not just go out and do what the world wants us to do.

"We're not just athletes. We're people at the end of the day and sometimes you just have to step back.

"I didn't want to go out and do something stupid and get hurt. It's so big, it's the Olympic Games. At the end of the day we don't want to be carried out of there on a stretcher."

Nicola, a counsellor based in Greenwich who works with athletes, said: “It shows that mental health comes above your physical health, because if you haven’t got mental ability you’re not going to have the physical ability.

“If you’re under stress that physically affects our body, our muscles, our respiratory capabilities. If an athlete is not in the right headspace then there’s the danger of physical injury.”

Meanwhile Mears, who won gold with Jack Laugher in the synchronised 3m springboard diving at the 2016 Rio games, has spoken about how therapy helped him through his post-Olympics depression.

Speaking on the BBC’s Olympic Breakfast, Mears said: “I can relate to Simone. She feels like she has the weight of the world on her shoulders. She feels like she's failed and she probably feels very confused and doesn't know what's up or down.

"After winning gold in Rio, it was so amazing. It was like all your wildest dreams coming true. Then, for me, it just came crashing down.

“No-one teaches you how to process becoming an Olympic champion.

"I went into quite a deep depression. For me, what helped was therapy.

"As a man, I’m saying we don’t talk enough about mental health. It is starting to happen, it’s so important. A lot of women are more open to talking about stuff.

Asked how he found a therapist, Chris said he searched on the internet.

"I need it so badly," he said. "That was all it took for me. That was my first step and I do not regret it."

Nicola said: “It doesn’t matter who you are, therapy helps all of us. It’s breaking down that stigma and these Olympic athletes will get people thinking and reflecting.

“It may just start being a talking point in the Olympics the more that athletes come forward and talk about their mental wellbeing.

“It’s helping to normalise it.”

You can find a local BACP counsellor or psychotherapist via our Therapist directory. 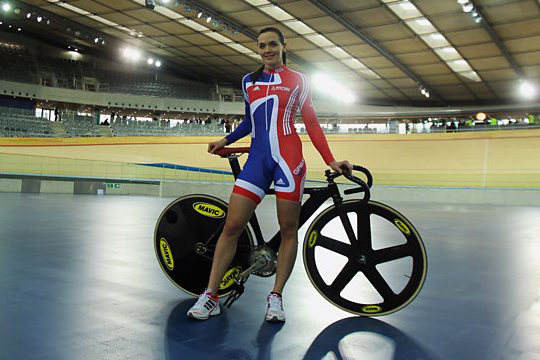 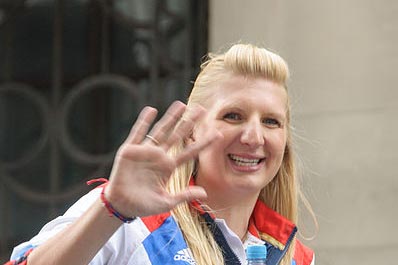