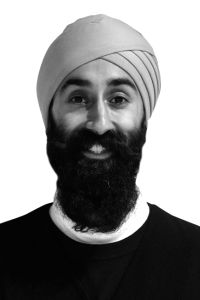 Shuranjeet Singh is the founder and director of Taraki, a movement working with Punjabi communities to reshape approaches to mental health which Shuranjeet founded in October 2017 after his lived experiences of mental health challenges. Alongside Taraki, Shuranjeet is a graduate student at the University of Toronto, where he is studying for a master's in Health Policy, Management and Evaluation through an Oxford-Canada Scholarship. 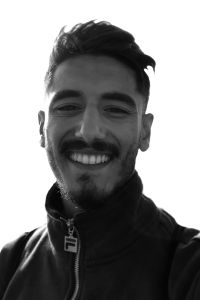 Ishan Nandra is a mental health support worker from London; currently studying MSc Psychology and the Neuroscience of Mental Health at Kings College London. After completing his master's, Ishan intends to specialise in cognitive behavioural therapy where he can offer talking therapies to those in need.

When Shuranjeet Singh left home to go to university, he suddenly found it difficult to engage with people and make friends in this new environment. He began to isolate himself more and to realise that something was wrong.

He did not share his concerns with family and friends back home as he wanted to be seen as living independently. Instead, he turned to his housemates, who in turn shared their own concerns: ‘We were able to create a space of openness, a space where we could speak honestly without fear of being harmed or fear of being judged,’ he said.

As Shuranjeet looked back, he appreciated this safe space to talk about his feelings: ‘I noticed that there were people in the communities that I grew up in who were going through similar experiences but weren’t able to talk about these things openly or access the support that they wanted to access.’

Six months after leaving university, in 2017, Shuranjeet set about recreating that emotional support network on a wider scale. To do this, he set up Taraki, an organisation that works with Punjabi communities to reshape approaches to mental health. Taraki, a word found in Punjabi, Urdu and Hindi, means to progress. The organisation focuses on mental health awareness, mental health education, social support and research.

Shuranjeet said the organisation has always recognised that faith plays a key part in its work: ‘It’s something that has been very intentional because we know and acknowledge the importance of faith-based knowledge and faith-based ways of living within Punjabi communities, and there are so many of those ways of living,’ he said. Shuranjeet is an Amrit Sanskar Sikh and grew up in an Amritdhari household where he and his family received Khande ki Pahul. This translates as ‘the initiation of the sword,’ to become part of the Khalsa Panth. This is an allegiance to a way of being in the world known as Khalsa. Shuranjeet explained the importance of faith in his own life: ‘At times, it has been me pushing away and questioning; and at times, me finding support through faith. There has been this kind of complex relationship, at a personal level, which has really strengthened my relationship with my faith ultimately.’

He met mental health support worker and researcher, Ishan Nandra, at a faith-based event, and their discussions led to Ishan carrying out a piece of research into how different faith groups within the Punjabi communities experience religion, and its impact on their mental health.

Ishan explained that although he does not usually practise regularly, he had been drawn to attend Gurdwara, which is the socio-political-spiritual centre of Sikh communities, and Sangat, which is a reflective and uplifting Guru-oriented community, at times of difficulty in his own life and that a key finding in the research was that people would turn towards religion for emotional support.

‘From a psychological perspective, some of these things have been embedded in our psyches for quite a while, so for some people, it might be really beneficial to return to these things as coping mechanisms.

‘Equally, for someone who has not had the greatest experience with religion, some of these things can be quite traumatic and have the opposite effect, so I think it is subjective for the individual.

‘One of the most interesting cases in the research was an atheist who was born and raised in a very strict, orthodox Sikh family. She now chooses not to believe in God, but even she mentions that at her lowest times she will still recite the Mool Mantar, which is one of the first prayers in the Guru Granth Sahib, which is the scriptural guru for Sikhs’.1

The research also indicated that the congregation itself was therapeutic for many of the participants. Ishan identified with this aspect too: ‘When I was in that Sikh congregation, I had that numinous feeling. I felt that we are all here together and I felt that that was the most therapeutic thing that I have engaged with.’

When contemplating the role that faith has in a person’s mental health, both Shuranjeet and Ishan stressed that it can be a rich form of self-exploration and therefore a person must be able to bring their whole spiritual self to a therapeutic encounter. In this new column, José Luis Leal shares his intention to reflect upon spirituality’s dangers, depths and capacity for transformation. Thresholds, April 2021

‘There is such a presumption that the therapeutic or traditional counselling space is one that does not talk about faith or that it is not open to faith-based discussions.

‘It is almost not brought up, out of fear that it might not actually be appropriate. A lot of trust needs to be rebuilt for people to understand that counselling-related spaces are there for them, no matter who they are, so that I don’t need to go into a counselling space as someone else. We should be comfortable to go into these spaces as ourselves and everything that we bring with us as a person,’ Shuranjeet said.

Bringing therapy and mental health support to faith-based communities is important. Shuranjeet stressed the importance of the way outreach work is delivered: ‘I have seen professionals not really adapt to the audience’s way of speaking, which can lead to further misunderstanding and confusion. People think, “These people might not potentially understand me. They might not potentially understand where I come from”. So, we ask, who are the counsellors who are engaging with faith-based organisations and do we have counsellors who can speak to particular faith-based experiences? Are we working closely with faith-based organisations?’

Taraki also advocates for building skillsets to support mental health within the community: ‘We’d like to see how professional organisations can work with faith-based institutions to build both trust and capacity, because only with those two things happening concurrently, are we able to ensure that communities are equipped with the necessary tools.’

Ishan pointed out that a community-centred approach is also helpful in breaking down different types of stigma that might be associated with counselling: ‘By holding workshops within Punjabi communities, we break down that barrier within a place of worship. I think that this is a small but impactful step that could bridge the gap and integrate people,’ he said. ‘By doing that, you meet people halfway.’

Shuranjeet added that stigma can be multifaceted and can also come as a result of harm, trauma or violence that people may have experienced when seeking mental health support in the past: ‘Healthcare systems are not neutral spaces. There are people who can exert harm within them. If I have had a bad experience of a particular service or professional, it might stop me from engaging again in the future. We are not starting from the same point of mutual trust.’

The power of testimonial

Taraki has found that using testimonial has been an effective way to communicate positive experiences of talking therapies: ‘It’s about sharing “This is how it helped me. This is what I was scared about. This is how my fears were overcome”.

A lot of trust needs to be rebuilt for people to understand that counselling-related spaces are there for them, no matter who they are

‘I think it is so important to outline the experiences of people from different communities who are themselves counsellors so people can look and say, “Here is a person who looks like me, who provides counselling in this area and might understand my background and my faith upbringing”. Because I think one of the fears that comes through is that this person isn’t going to understand me and that they might not take me seriously. They might not see my issues or concerns as legitimate.’

‘I wanted to really show that these conversations can take place, and if men want to have conversations about mental health, they can freely do so because it’s acceptable and something that we value, and a sign of strength rather than a weakness as it had potentially been painted in some contexts.’

During this campaign, the organisation realised the importance of pitching events to people without necessarily labelling them as ‘mental health’ events. And, since these beginnings, providing culturally sensitive ways of communicating has been at the heart of the work.

‘We have been able to create spaces that are social support, or spaces that are therapeutic, without saying “Hey, this is therapy” or “Hey, this is a chance for you to talk about…” It’s an open and non-judgmental space. You can come and talk, come and listen and choose how to use the space as you wish,’ Shuranjeet said.

He called on the counselling profession, at both an individual and organisational level, to support the open, community-based approach that Taraki is advocating by starting conversations with groups and asking how counsellors’ skills could best be used in the community, for example in the form of facilitating events or providing feedback on aspects of therapeutic practice.

Shuranjeet also reflects on the fact that questions about how to integrate faith and mental health have both a personal and professional dimension and that they have to be processed in both capacities: ‘How do you create that space for those conversations? There’s not going to be an immediate answer, but how do you create the space where we can reflect on that in the long term?’

To find out more about Taraki and to read Ishan’s report on mental health and faith, as well as other research, please see: www.taraki.co.uk.

In August 2020, Taraki Wellbeing released a report which explored the impact of COVID-19 and lockdown on the mental health of Punjabi communities.2

The majority of respondents identified as Sikh (87.9%), but people from Hindu, Muslim and other faith backgrounds also contributed.

The report outlined that:

In five workshops over four months, more than 500 people were able to learn about topics such as guilt and forgiveness, anxiety and stress, and compassion, and explore what the mind is, all through a Sikhi-informed lens. One hundred and forty-eight participants completed feedback from these events, which showed that:

Attendees said the sessions helped them to see things differently. They reported changes such as thinking more consciously, using their breath and being able to better support themselves.

Read the full report at: www.taraki.co.uk/covid19-research How culture impacts on empathy 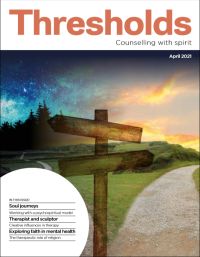 1 The Guru Granth Sahib is the centre of Sikh being, a divine manifestation of Sikh worldview and epistemology in the material realm. Guru Granth Sahib grants the Khalsa Panth the status of Guru-Panth as a sovereign entity.’1
2 Singh S. Mental health and the F word. BME Voices 2020. www.bmevoices.co.uk/mentalhealth-and-the-f-word-a-blog-post-byshuranjeet-singh-founder-of-taraki/ (accessed 25 January 2021).
3 Taraki Wellbeing. COVID-19 and Punjabi communities: mental wellbeing during COVID-19 and lockdown. www.taraki.co.uk/ covid19-research (accessed 8 February 2021).