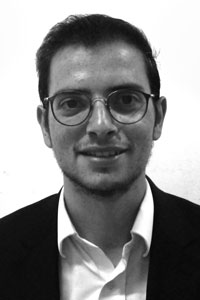 Akiva Angel is a registered member of BACP and currently volunteers as a mental health counsellor in various educational institutions. Born and raised in Manchester, Akiva holds a bachelor’s degree in psychology from Thomas Edison State University and a diploma in humanistic integrative counselling. 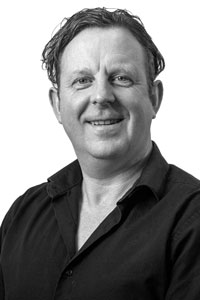 I grew up within the Chareidi community, and, in many respects, am still fully affiliated with it. It is a community I love and respect. The ultra-Orthodox Jewish community is based on a strict adherence to the Jewish religion’s law and customs. Alongside the practical laws and customs, this lifestyle also includes attitudes and beliefs which shape the way members of the community view the world around them. This community – of which there are multiple bastions, spread around the world – is very insular, and prides itself on its deep spiritual basis and concrete religious foundation.

When I was a young child, it was a given that I would continue Talmudical studies* and become a Rabbi or Bible scholar when I was older. But as I went through my adolescent years, I looked around me and was surprised that mental health issues were not talked about in the community as much as I felt they should be, and that there was a discomfort surrounding any mention of, or engagement in, mental health support. And so, while continuing my Talmudical studies, I used every spare minute to research and learn about psychology, psychotherapy and mental health. Family and friends initially seemed surprised that I was ‘kind of breaking out’, but eventually I discovered that, on an individual level, people were much more willing to discuss these topics than the general atmosphere in the community would suggest. I pursued and earned a degree in psychology, and completed a two-year programme in humanistic integrative counselling, which ultimately earned me my BACP registered member status.

Part of my research involved mapping out the challenges – and aspirations – when it comes to achieving optimal mental health within the Chareidi community. I hope that the analysis of these elements will help to provide answers and solutions to problems and that this will ultimately result in the mental health needs of the community being provided and cared for in an optimal way.

There are unique elements involved when discussing issues of mental health within the Chareidi community. Not enough research had been done to present a concrete set of data as to where exactly the problem lies, but it is clear from the research that the mental health services for Chareidi community members are not optimally developed in terms of efficiency or accessibility. For me, there are three key factors that provide useful insights into barriers to accessing good mental health support. These are community social make-up and stigma, cultural attitudes and religious influences.

Goffman described stigma as a reality in which an individual with an attribute which is scorned by his or her society is rejected as a result of that attribute. Stigma is a powerful process wherein the reaction of others in society spoils an individual’s normal sense of identity.1 It follows that stigma can have a powerful effect on mental health. For example, it could lead to an individual feeling discredited, causing him or her to either deny the existence of the problem, or hide and remain untreated rather than ask for help.

Various elements of Chareidi community dynamics may amplify the concept of stigma. The Chareidi community might be described as an extremely collectivistic culture. In the context of mental health, collectivism may result in anxiety if the individual does not conform to the expected social norms and obligations.2 Simply put, a community member seeking treatment for a mental health issue may feel ‘different’, unworthy, rejected and shameful.

Certain cultures, religions, societies or communities may have boundaries around, or resistances to, mental health issues and their treatment. The Chareidi community might be described as an insular society, and it follows that members are wary of humanistic ideologies that could present fundamental challenges to their social and cultural norms. This extends to the issue of mental health. A research project, which took place in 2017, found that there were virtually no attempts by people from the Chareidi community to try to access National Health Service funded mental healthcare.3

And finally, there is religion itself. It is well documented that religion may have a direct effect on mental health.4 This can manifest in multiple ways. It could be that religion encourages acts or customs that are ‘unhealthy’ for mental functioning. For example, laws pertaining to cleanliness may be taken too far in the name of religious scrupulosity, leading to obsessive or compulsive tendencies. Religious beliefs could also affect efficiency of treatment. Ideas such as ‘God is the ultimate healer’ may lead to an individual believing that psychological methods in mental health are unnecessary and should even be shunned, thereby stunting successful chances of psychology-based healing. Alternatively, mental health treatment originating from or taking place within secular societies could be problematic. Since the community segregates itself from external society, and this is ‘…reinforced by religious norms, behavioral modes, perceptions, education and external appearances’,5 the idea of making use of secular help may breed deep resistance and cause problems. This may cause community members to reject external therapies and therapists. A year in the garden

Bikur Cholim is the largest provider of health and social care to Haredi Orthodox Jewish communities in the UK. In addition to support for physical health needs, the organisation, which is based in East London, provides an emotional support service which includes a BACP accredited counselling service, delivering a culturally appropriate IAPT service, commissioned by Hackney CCG. It has high rates of completion and recovery.

The therapy service receives referrals from GPs and community services, and notably through word of mouth from others who have used the service, to the extent that prospective clients have been known to ask for a specific therapist by name. Psychoeducation sessions can be a point of first contact for prospective clients, and these are advertised in local weekly community newsletters.

Bikur Cholim recruits therapists from within the community and has developed policies, procedures and protocols that include recruiting non-community supervisors and clinical leads trained in working in culturally sensitive ways. As Yiddish and Hebrew can be the first language for up to 20% of service users, the service provides Yiddish and Hebrew-speaking therapists. Therapists and clients are also of the same gender, which is a cultural preference. Practical issues, such as needing transport to therapy, are also picked up in the wider community support.

Bikur Cholim Chief Executive, Yocheved Eiger, said: ‘Our talking therapies services combine the professional standards of IAPT with the values and passion of a community-based service. This unique blend has enabled us to deliver first-class therapeutic support in a culturally specific way and resulted in outstanding outcomes.

‘We believe that being a service that is deeply rooted in its community overcomes the barriers of stigma and strengthens our ability to engage and hold clients.’

Having the emotional support service as part of a wider offer means that clients can come to therapy after having used another part of the service, or move on after therapy to ongoing contact with Bikur Cholim’s range of services.

Mental Health Programme Director at City and Hackney CCG, Dan Burningham, said: ‘The IAPT service Bikur Cholim provides is invaluable. It serves a growing community who represent at least 7% of our population and who are embedded in the history of the borough. It is clear that many members of this community really value a culturally and religiously attuned service provided by the community for the community.

‘As a result, access rates have soared from well below average to being in line with the population size, and recovery rates in 2019–20 were the highest of all London providers. An amazing achievement.’

As pioneers of culturally appropriate services and the only BACP accredited service dedicated to working with Orthodox Jewish communities, Bikur Cholim is very open to supporting similar initiatives in other areas and sharing its knowledge and learning with other organisations. If you’d like to get in touch, please email Jeremy Bacon.

There are no quick-fix solutions to these deep-rooted issues. However, there are recommendations which can be embraced to enact change. When it comes to potentially solving the challenge, three themes have consistently emerged: awareness, education and the role of the Rabbi.

Awareness can be achieved by talking about mental health and treatment. This could mean mentioning it in public forums, in internal magazines, in speeches by Rabbis and community leaders. Case studies, such as the one featured in this article, that highlight effectiveness of treatment can also be helpful.

Education is key to prevention. This can include explaining what mental illness is, how ‘normal’ it is, and how one can and should go about seeking out and receiving help. Education also must include dispelling the myths that surround mental health. Increasing the number of Chareidi mental health professionals would provide more resources and greater accessibility to care for members of the community. Funding, perhaps via community-charity organisations, would help those who are financially strained to have equal access to optimal treatment.

Additionally, the sense of ‘otherness’ with regard to secular mental health providers, may have to be reduced, which would allow a wider pool of mental resources to be used by Chareidi community members.

Ensuring sensitivity towards a person's beliefs and views, is important. It must be established that mental health professionals are capable of demonstrating the utmost sensitivity to the unique ‘dynamics’ of a Chareidi client’s mental health illness and needs. To show this sensitivity, the therapist may have to learn the laws, customs and mannerisms of Chareidi patients in order to know how best to relate to them. Jewish traditions that offer a more positive view of mental illness can be emphasised. This should be explained to the entire community, and not just the client.

These strategies may have to be carried out primarily by the Rabbi of the community, given his leadership role in the society. Additionally, the role of the Rabbi must be understood and utilised throughout the treatment process. This necessitates the building of strong and trusting relationships between Rabbis and mental health professionals.

In summary, implementing approaches such as bringing out awareness regarding mental health illness, education regarding mental health treatment, and ensuring sufficient Chareidi-sensitive resources and professionals, may alleviate the resistant effects that culture, religion and social stigma may have when it comes to the seeking out and receiving of optimal mental healthcare.

Without denying that there are challenges, one crucial fact I have learned and internalised over the last decade is that living a Chareidi lifestyle is in no way a contradiction to accessing full mental healthcare, and there need be no inhibitions or restrictions to this. And so, despite the slow progress, not all is doom and gloom.

I was not, and do not consider myself, a rebel. And yet, as I look at my current standing in life, I do wish for continued  progressiveness in this area, and am full of hope that this can be achieved. For, after all, if psychologically we are not fully well, and our mental health needs are not met, then how well can we serve, and how complete can our service be?

*The collection of Jewish law and tradition consisting of the Mishnah and the Gemara. How I became a therapist: Myira Khan

I was being approached more and more by Muslim men and women asking for counselling. Therapy Today, March 2015 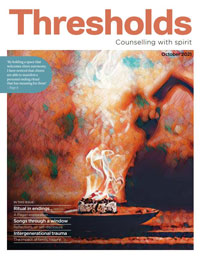