More than two-thirds of people (68%) believe that the UK Government should invest more in mental health because of the pandemic.

The figure is from this year’s Public Perceptions Survey, which also found that 70% of people in the UK say their mental health has been impacted to some extent by COVID-19 and that for 68% of respondents, it’s made them more conscious of their own mental health.

Almost two-thirds of the population (66%) say that mental health should be a priority in the recovery, with 64% thinking that counselling and psychotherapy has become more important to society since the pandemic started.

The figures are released for Mental Health Awareness Week, which starts today (May 9).

Our survey, carried out with YouGov, found that 33% of people in the UK have sought help from a counsellor or psychotherapist.

Of those, 13% had their first session in the last year. And of those, 52% said it was as a result of the pandemic, at least to some extent.

85% of people who’ve been for therapy say the experience was handled professionally and 75% would be likely to recommend it to someone with emotional difficulties or a mental health problem.

Almost nine in ten people (88%) agree it’s important therapy should be accessible to everyone who wants it, and 85% agree it’s a good idea to seek counselling or psychotherapy for a problem before it gets out of hand.

The figures are included in a series of infographics produced for Mental Health Awareness Week to show how counselling changes lives.

All figures, unless otherwise stated, are from YouGov Plc.  Total sample size was 5136 adults. Fieldwork was undertaken between 9th - 23rd February 2022.  The survey was carried out online. The figures have been weighted and are representative of all GB adults (aged 16+). 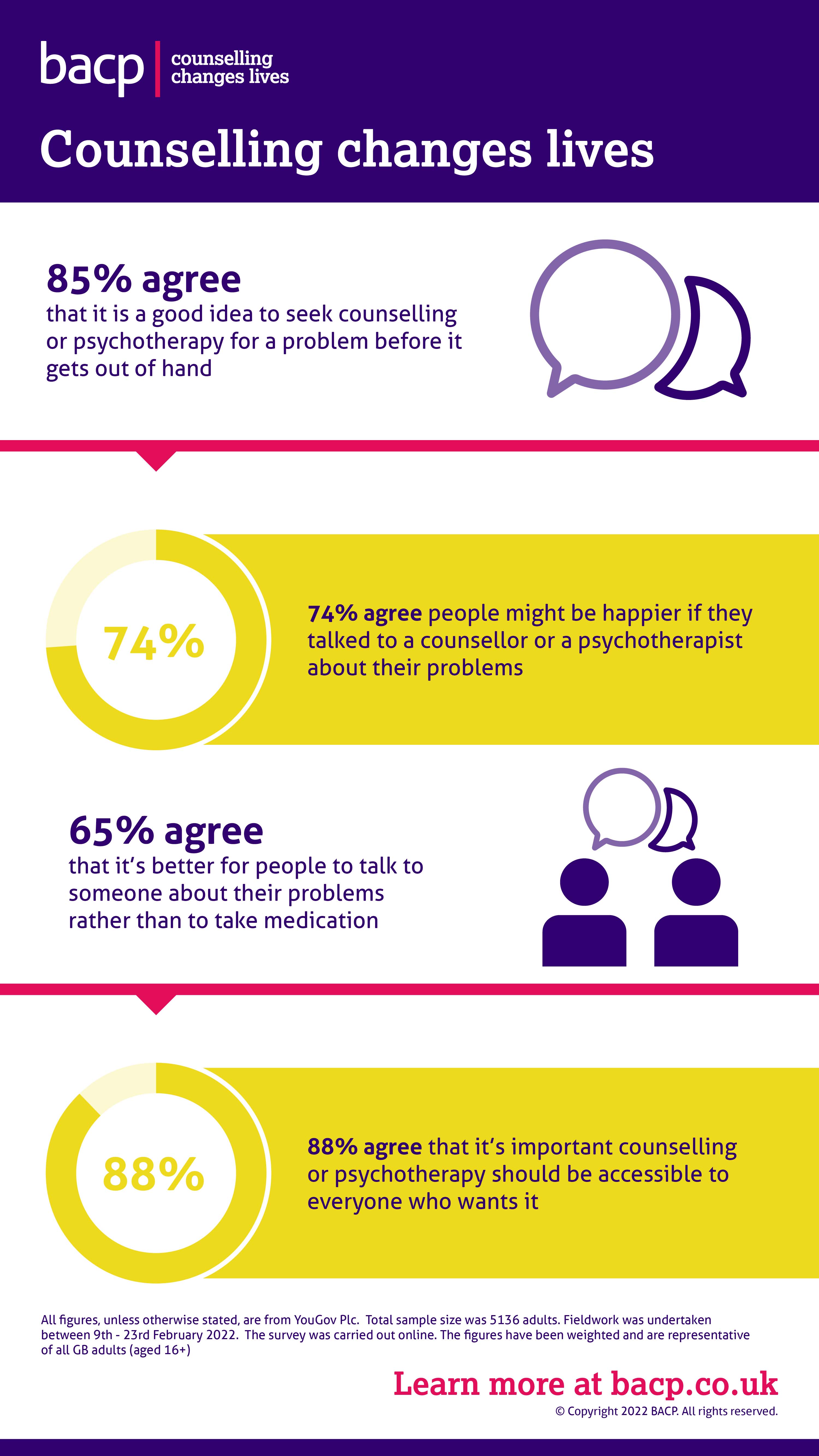 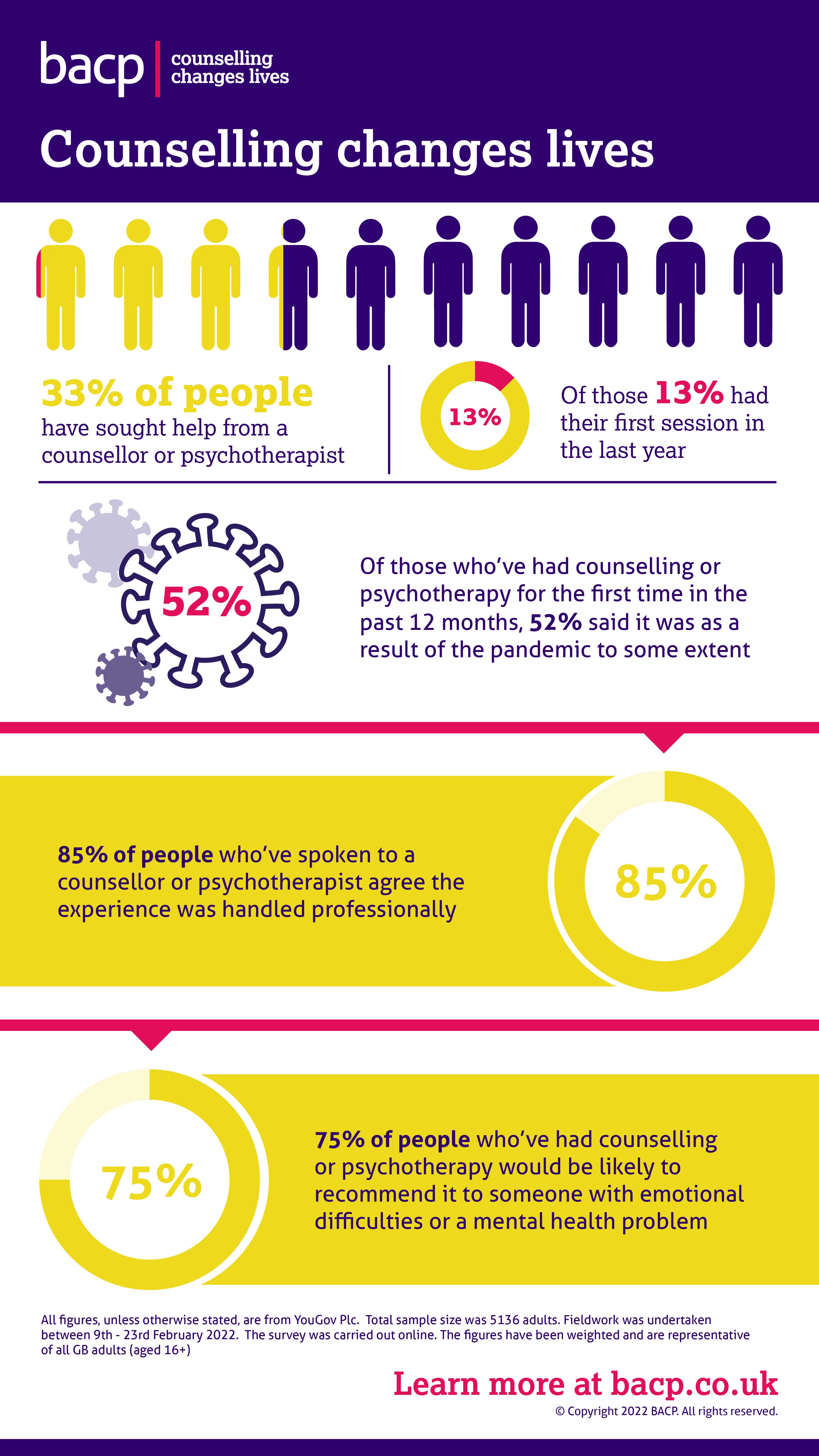 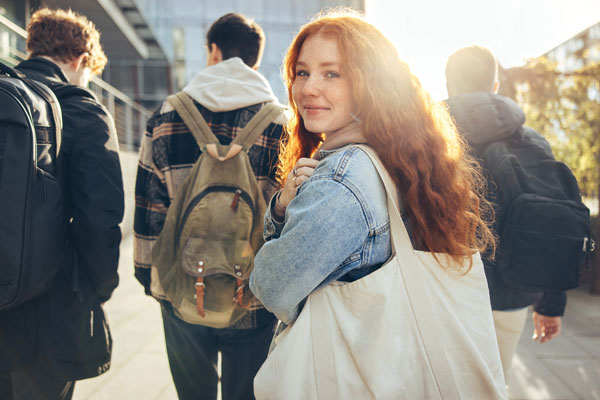 This year’s theme is loneliness, and our members share their thoughts about the impact of loneliness on mental health and wellbeing through a series of blogs 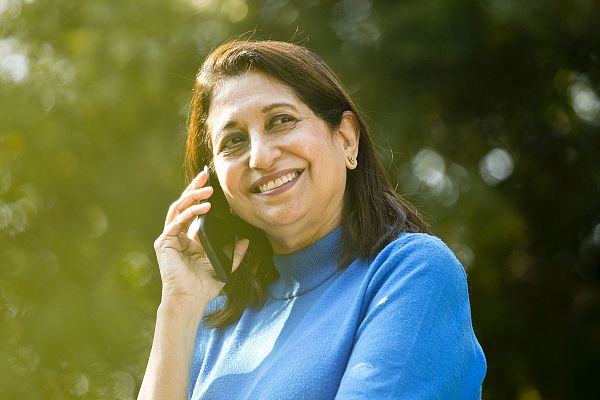 What is loneliness? How can loneliness affect your mental health? Our member Siri Lewis explains how counselling can help. 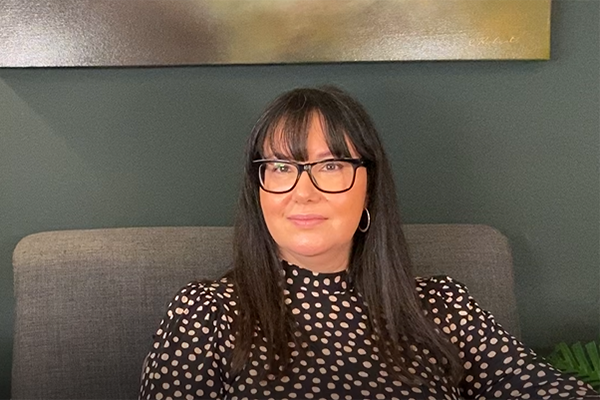 What to expect in your first therapy session