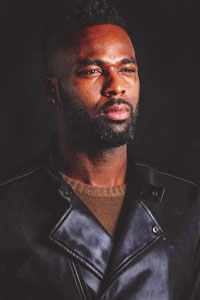 Alexander Oviawe is a former physiologist and founder of a technology start-up that used different ways to model physical stress. During a difficult period of shutting down his start-up, he became clinically depressed and developed general anxiety disorder. After receiving help, Alex became fascinated with heart rate variability (HRV), psychophysiology and technology. He is working with the University of East London to explore the use of HRV and emotional regulation.
www.psychogenx.health

My hands trembled at the steering wheel. Pushing the national speed limit in my patched-up Renault Megane, I struggled to compose myself on the drive back home from Wales. ‘Too inner-city? I sounded too inner-city ?’ The words kept replaying over again in my overwrought mind. What could that even mean? But I knew exactly what it meant.

I’ll be the first to admit I’m not the most eloquent and erudite of speakers (or writers, for that matter). Reflecting on what the comment implied brought about a feeling I knew all too well – the complex overlay of angst, anger and indignation mixed with despair, inertia and concession, prompting me to take it on the chin and move on. Stiff upper lip, as they say here in old England. (And if there’s one thing Great Britain knows well historically, it’s racism.)

I was returning from a meeting about my venture project, born out of my master’s thesis project, a physiology-based wearable technology to detect physical stress. It had started so well, with smiles and banter all around. As is customary to anyone in a similar situation, my eyes landed on the one person who didn’t seem impressed, which was fine.

Maybe she didn’t like the idea, the technology, or the plans. But no, that wasn’t her issue. It seemed the sticking point for her was my being ‘too inner-city’, whatever that means. The whole room, stunned to silence at her feedback, knew exactly what she meant.

The combination of aggravation and injustice I felt is very familiar to minorities who have experienced perpetual racial aggressions, whether micro (in the workplace and public experience) or macro – such as verbal or physical threats or what comes of systemic racial imbalances. Messages permeating modern society make us well aware of the adverse effects of racism on mental health, but what if I said it didn’t stop there? What if I said that racism has an adverse effect on our physical health and can reduce the lifespan of those on the receiving end, and bring with it other health complications? This shouldn’t be news to most therapists, but it might be news to you. Some concerning things emerge when you explore one key measure of emotional regulation and its impact on psychophysiological health: a metric known as heart rate variability (HRV).

Understanding how the body absorbs racism

For many years, philosophers and ancient societies associated the human mind with the heart, often believing both were interlinked. Science has in many ways proven this to be the case, as HRV is in fact linked to our psychological state. HRV is the fluctuation of the length of heartbeat intervals and represents the ability of the autonomous nervous system (ANS) to respond to a variety of physiological, psychological and environmental stimuli1 via the sympathetic and parasympathetic branches within the ANS (of which the parasympathetic is connected to the vagal nerve). In fact, understanding the functions of the ANS informs the polyvagal theory of psychotherapy.

Polyvagal theory emphasises the evolutionary development of the two systems/branches of the ANS. Each has its own function and can cause the body to react differently before, during and after a traumatic or stressful event; either physically (think physical exhaustion, illness or monthly physical changes) or psychologically. If these two systems become damaged or overwhelmed from excessive and perpetual exposure to stress and trauma, a breakdown occurs and issues can develop.

The sympathetic nervous system activates the body’s fight/flight/freeze response via a hormonal pathway through the hypothalamic-pituitary-adrenal systems to engage a biological response to get your body ready to act (or in terms of freezing, not act at all). The parasympathetic nervous system acts as a counterbalance that allows heart rate and blood pressure to reduce, calming the body in response to the stressful event. Based on this model of polyvagal theory, the ability to assess the ANS state opens up greater opportunities to understand daily response to stress and traumas, with exposure to racism being one area of interest. "Your perception of yourself as a practitioner in the marketplace may be very different from how others see you." Regular column from Jim Holloway. Private Practice, September 2021

There are many ways to assess ANS activity, but one simple way can be measuring the time between the initiations of successive heartbeats, called the R-R interval,2 because, contrary to popular belief, every heartbeat rhythm isn’t quite the same. For simplicity’s sake, consider the basics of HRV as this: low HRV is associated with impaired regulatory and ANS functions, which reduces one’s ability to cope with stress and leads to emotional dysregulation.

Studies, such as Kim et al3 and Dishman et al,4 have found positive correlations with HRV and stress-related mental conditions and depression, with Kim et al3 concluding that ‘…the current neurobiological evidence suggests that HRV is impacted by stress and supports its use for the objective assessment of  psychological health’. This is supported by others, such as Hartmann et al,5 who state: ‘…results provide further insight into the relationship between HRV parameters and depression. This may help to underpin the utilisation of HRV parameters as a biomarker for disease state in depression’. And, in addition, the conclusions of Punita et al:6 ‘Heart Rate Variability (HRV) is a proven, reliable, non-invasive marker of mental health and has been used in risk stratification’. And finally, by Boonnithi and Phongsuphap:7 ‘Results revealed that HRV measures were effective measures for mental stress state and normal state classification’.

Though the underlying neurobiological factors are yet to be fully understood, studies such as Wilhelm et al8 explored the neurobiological mechanisms of the ANS and mental health, with findings which are consistent with older studies by Bernarde in 1865 (Bernarde as cited by Kim et al).3 Bernarde’s work was among the earliest to systematically investigate the connections between the brain, ANS (specifically the vagus nerve, which is associated with sympathetic and parasympathetic systems) and the heart. The relationship between the sympathetic and parasympathetic systems’ dominance and self-regulation is intrinsic to one’s perception and response to internal and external stress, with studies such as Ho et al,9 which explored the neurobiological mechanisms behind social anxiety disorder (SAD), identifying sympathetic dominance in adolescents diagnosed with the disorder.

This also correlates with Porges’10 study, which theorised that the parasympathetic nervous system has two parts that cause two different responses: the dorsal vagal nerve network and the ventral vagal nerve network. The ventral vagal nerve is primarily responsible or activated when one can respond positively to stress; greater emotional self-regulation and a sense of calmness. Continuous experience of psychological threat is considered harmful to the human body and affects the regulation of hippocampal circuits, endocrine systems, ANS and others.11

Some reading this may be familiar with the Porges10 study, if not with the author of that study, Stephen Porges. Porges is widely credited as the creator of the polyvagal theory/framework, previously explained in this article, indicating that even within his creation of the polyvagal theory, Porges himself often explored the use of HRV to assess emotional regulatory state.

But how does any of this correlate with racism and physical health, you may be wondering? The knowledge that racism has a negative impact on black, Asian and minority ethic (BAME) mental and physical health should be well known by now, with studies such as Harrell et al12 suggesting that racial discrimination contributes to health disparities and poor cardiovascular health outcomes in African Americans, compared with European Americans.

Another study, by Lockwood et al,13 explored the neurobiological impact of racism exposure, noting the relationship between the hypothalamic-pituitary-adrenal axis and how perpetual exposure to racism leads to long-term ANS and endocrinological dysregulation. Basically, exposure to racism leads to neurological and biological responses that impact mind, mood and body.

A previous study, by Clark et al,14 tried to explain the response by identifying that those living in such hostile environments develop a coping mechanism called racism-related vigilance, whereby one anticipates expected racism by mentally and emotionally preparing for discrimination, putting them in a constant state of ANS arousal, or sympathetic dominance, and with a greater likelihood of expressing negative emotional responses, such as anger, hostility and anxiety. This often creates a feedback loop for those expressing racism, as it feeds and supports their existing racist bias and imbeds it further, leading to a cyclical and worsening environment for those experiencing racism.

This state of sympathetic dominance, along with correlating with emotional dysregulation, has also been linked with long-term cardiovascular health risks, with Assari15 identifying the relationship with perpetually heightened ANS arousal/ sympathetic dominance as a base state leading to greater cardiovascular mortality among African Americans than among European Americans.

Ultimately, the research points to clear evidence: with all the factors as to why mortality rates may be greater among the BAME population, while most may be likely due to socioeconomic factors, what’s also clear is that, generally speaking, being in a racist society reduces a BAME individual’s health and wellbeing. In short, it doesn’t have to manifest in open and obvious ways for racism to continue to take lives. Just being in and around it is enough.

Rewind to my experience with the person at the meeting. Our relationship ultimately took an interesting twist. Many years later after enduring similar business challenges, she and I unknowingly reconnected. We were both surprised. As we spoke, it became clear we had quite a bit in common. She apologised for her past behaviour and offered new words of encouragement. Instead of feeling on edge, I noted a sense of relief – if only this were the dominant experience.

If you have a response to the issues raised in this article, please write a letter or respond with an article of your own. 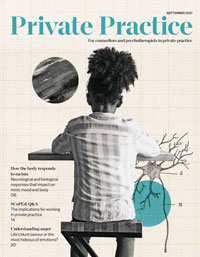